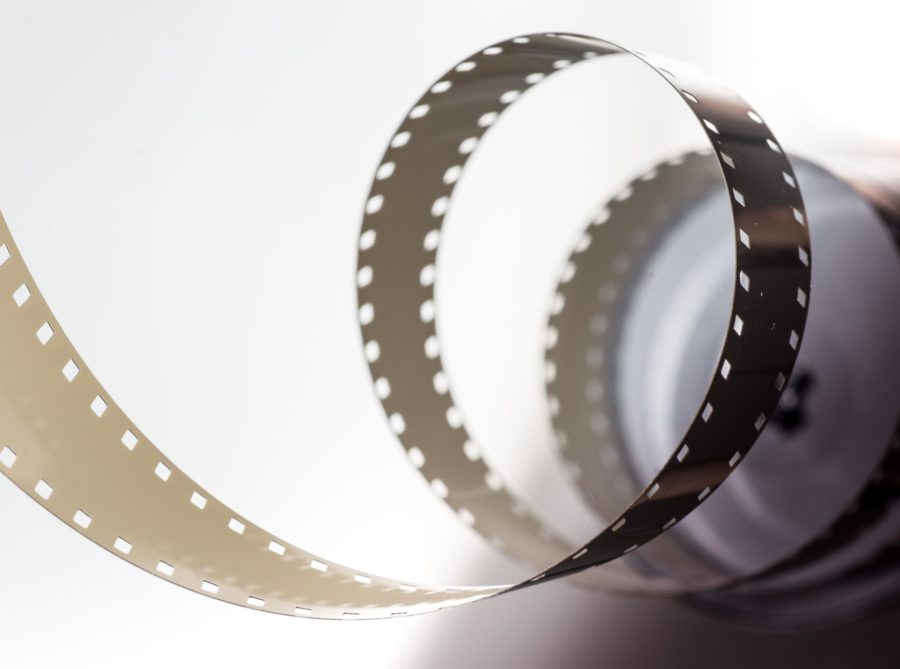 Even before films had any speaking roles, music was still a colossal element of the early movie adventure. Early films mostly relied on gimmickry, but most relied on the fact that seeing moving images was such a revolutionary concept that it would get butts into seats. With the technological progression of film equipment, the sound was eventually available to be added to the film itself rather than being played over a phonograph for the audience.

Early film soundtracks were mostly instrumental compositions or musical numbers composed for the film itself. Film soundtracks as we know them currently, made up of tunes by popular musicians, didn’t come about until the late ‘50s and early ‘60s. “Jailhouse Rock” with Elvis and “Moon River” from Breakfast at Tiffany’s are usually the earliest-cited examples of the modern idea of a movie soundtrack. Early rock ‘n’ roll movies created the idea of the movie tie-in song, a concept that is still prevalent and just as popular today. When a song is written to be included in a Hollywood film, people then hear the song, they think both of the movie it was in and the song itself. It’s a marketing win-win. Some of these songs also end up being emblematic pieces of music themselves, transcending their original purpose. They’re such strong pieces of amazing music that you forget they were hired to write said song to push album sales. Here are some of my personal choices for the best soundtracks from film history.

The best of the early rock ‘n’ roll movies, “The Girl Can’t Help It” has a flat-out ridiculous plot of Jayne Mansfield, cartoon bombshell and camp legend, as an aspiring singer and mobster girlfriend. This isn’t a movie you watch for the plot, however, as it is defined by its fantastic soundtrack. “The Girl Can’t Help It” is like getting all of the legends of early rock ‘n’ roll together for one amazing concert. Little Richard gets the biggest spotlight, as he did the fantastic title song, but director Frank Tashlin also got hillbilly legend Gene Vincent, the doo-wop group The Platters, rockabilly singer Eddie Cochran, before he passed away, and jazzy Julie London and Fats Domino. Down to its core, “The Girl Can’t Help It” is the perfect rock and roll movie. Here’s a clip of John Waters discussing the film, as he is a professed fan of the film.

This is technically two separate movies, but like Elvis movies, Beatles movies are a category of film in and of itself, except “Let It Be,” which is like watching a divorce proceeding or a funeral. “A Hard Day’s Night” is shot in an odd cinema verite style. It seriously looks like it could’ve been directed by Jean-Luc Goddard, following the Beatles around for a day as they meet the press and rehearse for a television performance. While furthest from the actual reality surrounding the band at the time, it definitely played into the cheeky schoolboy image they maintained in the media. It’s also genuinely a funny, albeit dry film. “Help!,” on the other hand, is pure absurdity. A parody of the James Bond films, it follows the band across the world as they try to escape from being sacrificed to a god for a religious group. Yes, someone thought of it, and they made it. “A Hard Day’s Night” is the better film of the lot, but all of their soundtracks are absolutely fantastic. It’s the classic Beatles, at their height teenybopper pop period, but with the “Help!” soundtrack, it shows their ever-growing diversity.

Now, here’s another campy gem. Directed by B-movie leader Roger Corman, it follows P.J. Stole’s character as she’s trying to go see her favorite band, New York punk band The Ramones. This movie is a direct descendent of movies like “The Girl Can’t Help It,” except the rockabilly has been swapped for first-wave punk. It’s a very strange movie, playing like vignettes of several genres of movies playing over this overarching plotline, but the soundtrack isn’t exclusive to the Ramones either. Alice Cooper, Velvet Underground, Brian Eno, Devo and Eddie and the Hot Rods all appear in the film, capturing the lighting in the bottle of the late punk and early new wave scene among American teenagers. It also was an early film to include the Velvet Underground, who were still unknown to mainstream audiences in 1979. The final shot of the movie, which is the students exploding the school, is cathartic to any age.

“Ladies and Gentlemen, the Fabulous Stains” (1983)

This movie should be watched by every teenage girl, in my honest opinion. It’s both a life-changer and a life-affirmer. This film focuses on 17-year-old Corrine Burns, self-christened as Third Degree Burn, and her punk garage band The Stains and their rise to eventual MTV fame and fortune. The soundtrack for this movie is exclusively from the fictional band, and it’s one of the few movies that gets the formula of music from the in-movie band correct without making it hokey or maudlin.  A lot of movies that try to do this usually make the music seem very produced and stale. The Stains doesn’t come across this way. It sounds very organic and like how I’d imagine a teenage girl’s garage band to sound. Messy, not always in tune or melodically sound, but still with the emotion and passion leaking through into the music.

One of the most underrated films of the ‘90s, Velvet Goldmine is a strange yet delightful mystery film into the supposed death of a David Bowie-type glam rock singer who was shot on stage in the ‘70s. The film follows a young journalist, struggling with his sexuality, investigating the mystery surrounding the singer in question, Brian Slade. Directed by Todd Haynes, it captures the ‘90s obsession with the ‘70s in the most nostalgic rose-colored glasses way. While I have to admit, the film’s soundtrack captures the visuals surrounding their place-in Bowie character, the sound falls a little flat and sounds like an imitation. However, Ewan McGregor as the Iggy Pop type, Curt Wild, is a bit more true to life character who captures the ruckus that pop’s music was with the Stooges at the time. The soundtrack is filled with both the original ‘70s glam rock figureheads, like Roxy Music and Lou Reed, and the then-modern ‘90s acts covering the artists that inspired them, like Placebo covering T.Rex and Teenage Fanclub covering New York Dolls.

Now, this soundtrack combines all of these previous examples and puts them together to make the perfect music nerd’s soundtrack. High Fidelity is a movie about an aging record store owner Rob going through his past relationships to figure out what went wrong with his most recent ones. This film is for music nerds by music nerds, specifically Nick Hornby, who wrote the novel the film was based on. They spared no expense on the soundtrack, with the screenwriters apparently listening to 2,000 songs to dwindle down to the 70 that appear in the actual film and on its soundtrack. Rob goes through his musical history, from the bright ‘80s pop of Elton John and Bow Wow Wow of his teenage years to the more rounded Motown soul, punk and early alternative of his later years. Barry White, The Beta Band, Stereolab, Bruce Springsteen, Rakim, the list goes on. The soundtrack to “High Fidelity” is like the divergent record collection of your pompous friend: as annoying as they might be about it, they’ve got great music taste.

Featured image by Skitterphoto from Pexels