What Does May 4 Mean Today? 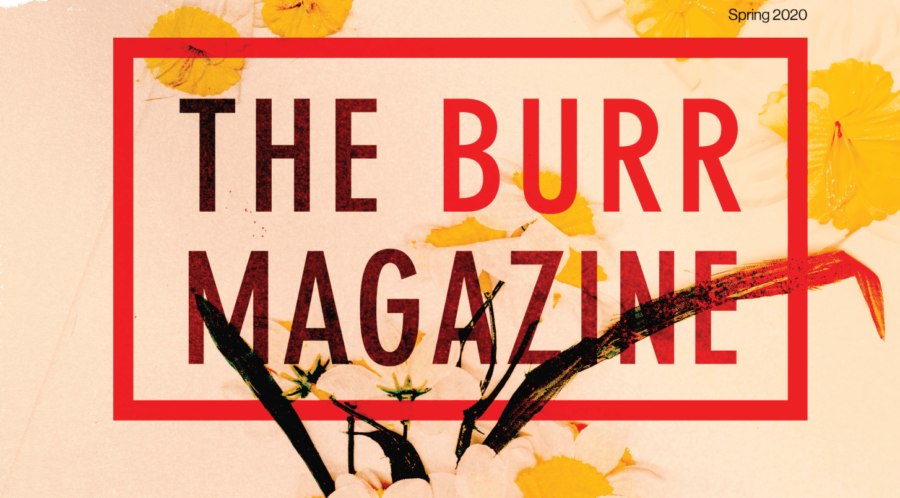 With the upcoming anniversary of May 4, it’s the perfect time to reexamine the legacy of the events of that day.

Many students hear about May 4 in history class, within the context of the anti-war movement of the late ‘60s and early ‘70s. However, with the numerous iconic images from the event, the substance surrounding it becomes stripped away. With the upcoming 50th anniversary, the time is right to work toward a round perspective for the legacy of what May 4 meant and still means.

The incidents that occurred on May 4, 1970, were a catastrophe that affected the legacy of both Kent State University and the country as a whole. The tragedy changed public opinion about the Vietnam War, becoming a heated example of senseless violence over peaceful protest. However, as time moved forward, May 4 became another cataclysm in history books and slideshows, and a smudge over Kent State that the university hastily attempted to camouflage. For the upcoming 50th anniversary, people should honor the legacy of May 4, highlight the endeavors of students past and present and promote the progressive outcomes that resulted from the tragedy.

To start, May 4 was no isolated event; it followed a series of protests at Kent State. Students burned a copy of the Constitution on May 1 during a protest of the U.S. invasion of Cambodia. To blow off some steam, students went to the bars downtown and got drunk and rowdy. They broke windows, started bonfires and threw bottles at cop cars. The tense environment led to the mayor of Kent, LeRoy Satrom, to issue a state of emergency for the city, which led to the National Guard being called in to monitor around campus and the city. On May 2, the situation escalated with students setting ablaze the ROTC building, prompting the National Guard to shove every person nearby into the dormitory buildings. The following morning, the atmosphere seemed less volatile, with some students cleaning up around campus and others calmly talking with guardsmen. However, in the evening, many students began to gather at the Victory Bell to protest the Cambodian invasion once more. The situation shortly turned hostile. The guards released more tear gas, as they had in the previous days, injuring themselves and several students.

This preceding environment led to what happened on that ground the following afternoon. The tragic losses of Allison Krause, Sandra Scheuer, Jeffrey Miller and William Schroeder caused May 4 to quickly become a gauge to catch the attention of the governmental systems to spin into motion.

In reaction to the shock of May 4 and other violent protests, Ohio and 23 other states passed laws that allowed universities to choose whether concealed weapons are allowed to be carried on their individual campuses. Another event in the aftermath of May 4 was the passing of the 26th Amendment in 1971, granting the right to vote to citizens 18 years of age or older. While the vote was already a component of the anti-war movement, the first legal reforms came with the Oregon v. Mitchell trial in 1970, which declared that Congress can set age limits for federal elections, but not state or local elections. This followed Congress adopting the Voting Rights Act Amendments of 1970, which the state of Oregon found unconstitutional.  “Old enough to fight, old enough to vote” was the phrase that illustrated the contradiction with the draft. Unfortunately, after people were killed and wounded at multiple protests, May 4 was the crisis that allowed the youth to finally be taken seriously by the government.

Despite these slight benefits that May 4 produced, the tragedy still left a scar on those growing up during this anxious era. Cleveland cartoonist Derf Backderf, who was 10 years old in 1970, clearly remembers the anxiety that was ingrained in him after the May 4 shootings.

“I had an after-school job delivering the Akron Beacon Journal to homes in my [Richfield] neighborhood …I well remember picking up those papers at the drop-off box and seeing the headline ‘Four Dead’ and then learning it was the same [National Guard] unit that had been in Richfield a few days earlier…” Backderf says. “The 145th was called up the week before the shootings, to crush a Teamster strike that had crippled the trucking industry in Ohio…The soldiers camped right across the street from my elementary school.. And these soldiers were pointing rifles at my neighbors and the fathers of my schoolmates. If the school bus route went past where the Guard was deployed, the driver made the kids lie down on the floor of the bus. It was the first time that the outside world, and the events roiling that era, was something other than an abstract.”

While Backderf’s experience hit close to home, May 4 shook up the kids of the ‘70s, as they were inundated with images of the tragedy on television. Backderf says these emotions stayed with him 50 years later. He also exorcised those feelings in a graphic novel, “May 4th: Four Dead in Ohio,” centered around the timeline of the event from the point of view of the students.

“The shootings sparked an intellectual curiosity in me, one that prodded me to start paying attention to the news and current events…” Backderf says. “It probably would have happened anyway, but the shootings were what did it. That’s why I’ve carried this story around with me all my life.”

The subsequent generations are shown the famous photographs of the tragedy, followed by a brief discussion of the day’s timeline, and that is about it. The passing of time has turned May 4 into another event of the early ‘70s, with the rebellious spirit of the era dissolving as the Baby Boomers got older. While people are aware of what happened, they do not fully grasp the efforts of student-led protest and the motivations behind the incidents of May 4. It becomes more likely that future students are ignorant of the event, making them ask, “Why should I care about it? It happened 50 years ago.”

Leslie Heaphy, a history professor at the Stark Campus who teaches the May 4, 1970, and Its Aftermath course, described her own experience with the lack of student interest in university-sponsored education surrounding the event. Heaphy says most students’ first exposure to May 4 is when they first arrive at Kent State, see the grounds where it happened and visit the May 4 Visitors Center. All of this is completely optional to the student, along with a May 4 centered class, which Heaphy says is a noticeably small class.

Backderf also touched upon the idea of education about May 4, discussing why he drew and wrote about images that have been so widely seen and written about.  “Sure, there are iconic images, but only of May 4 itself,” Backderf says. “The previous three nights of unrest, which are key to the story, have very few images at all. They all took place at night and the photography of 1970 wasn’t capable of capturing those images.”

Along with restructuring the curriculum about it, May 4 can perhaps also be regarded as a day that motivates people to make strides to change. Since last year, several political organizations, like Students for a Democratic Society, have pointed out issues with the lack of student involvement in the planning of the 50th anniversary commemoration. In the past, this planning was overflowing with student engagement, specifically with the student-led May 4 Task Force.

Maddie Camp, former president of the group, says the university’s initial interest in collaboration resulted in a takeover of the event planning.

“I think around the fall is when the university announced they were taking over,” Camp says. “I guess there had been some conversation about giving the task force more money for commemorations and helping…and then slowly we started to realize they were intending to do a lot more themselves…we started trying to address some of the issues, and they weren’t being addressed…So we were trying to get representation in these meetings and we weren’t getting minutes from them and things weren’t being heard. So we put together a list of demands.”

These led the task force to write their own open letter to former Kent State University president Beverly Warren in March 2019.

Still, the university continued making choices about the commemoration without input from both the task force and other student groups. The university quickly created an invitation-only private committee for the planning of the 50th commemoration, only allowing certain members of the task force to attend. Budget and records from the meetings of these groups were also kept private. These issues led to the most recent open letter from Students for a Democratic Society and Black United Students, directed at current Kent State University president Todd Diacon in February.

The groups announced what the students want from Kent State with the future of the legacy of May 4. “We will not allow the university to exploit their deaths and promote a sanitized and depoliticized rhetoric of mere ‘remembrance’ that doesn’t address the fact that the issues they died fighting against still continue to this day,” they wrote.

It is a proclamation and a shift in thinking. Instead of only discussing catastrophe, SDS and BUS’ open letter argues that May 4 should prompt others to see the actions of Kent State, as well as kickstarting student action to change the legacy of May 4.

Heaphy describes her idea on how to both reflect on the tragedy and move forward with the legacy. “Part of what you want to do with an event like that is to recognize the tragedy of it,” Heaphy says. “But you also have to say, ‘How do we move past that tragedy? How do we make that tragedy mean something?’ And if you can’t find things that come out of it that are positive, then the tragedy continues to be nothing.”