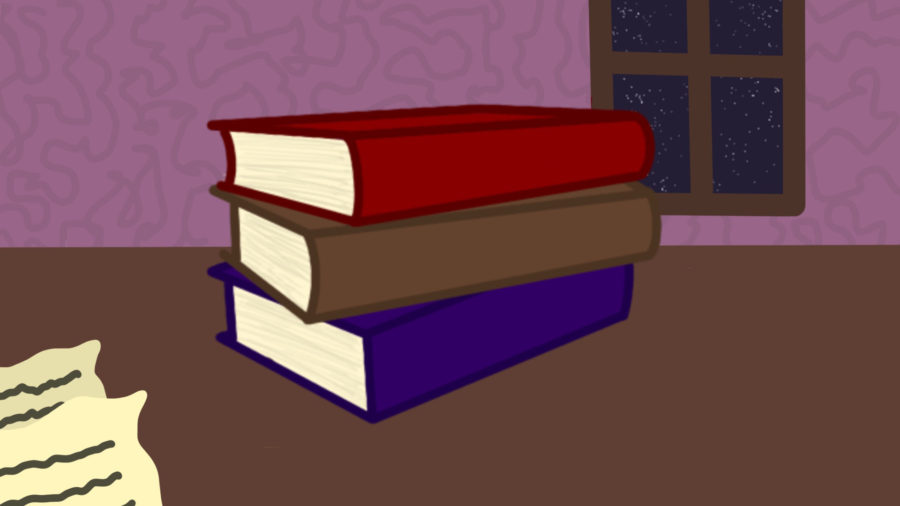 As a child, I could most often be found with a book at the ready if I was not already buried deep within its pages. Knowing this, it is no wonder that one of my favorite childhood stories follows a young girl who has a knack for reading … and even some magic powers!

If you can not guess from that description, the book I am referring to is Roald Dahl’s “Matilda.” It is only one of Dahl’s countless iconic children’s books, along with “The BFG,” “James and the Giant Peach,” “The Witches” and more.

The book is named after its main character: a young girl named Matilda. She is a child prodigy who loves to read and can multiply large numbers in her head easily. She also enjoys pulling elaborate pranks. Unfortunately, her parents pay her no attention, so it is not until she starts attending school that her genius is recognized by her teacher, Miss Honey.

At school, Matilda makes friends and grows her knowledge but is also plagued by the school’s head teacher: Miss Trunchbull. She bullies all of the children while running the school like a tyrant. For example, she picks up a boy by his ears and flings a girl around by her pigtails as punishment when they do not follow her strict rules.

Matilda makes it her duty to save the students and Miss Honey from Miss Trunchbull’s abuse. She uses her newfound magic powers in which she can move objects with her mind to play the ultimate prank that leaves Miss Trunchbull running. The story ends with Matilda moving in with Miss Honey when her crooked parents flee the country and the police due to their criminal activity of reselling stolen cars.

In addition to the lighthearted and humorous story, “Matilda” also houses whimsical illustrations by artist Quentin Blake. His distinct, scrawly style has been featured in many of Dahl’s books. Not only is the style enchanting, but the placement also pulls the reader in, as the images fit in perfectly with the text. Sometimes, a single illustration occupies a whole page, while other times, it is squeezed into a corner. No matter the size, the pictures seem to interact with the blocks of text, resulting in one cohesive work. For young children who still enjoy picture books, this is the perfect transitional novel.

Upon this rereading of “Matilda,” I realized much of my childhood confusion surrounding this story is rooted in the fact that Dahl is a British author. As a child, vocabulary such as plaits, in regards to braids, and pounds, in terms of currency, meant nothing to me. However now that I am older and know these terms, I realize the story is simply set in the U.K., and Dahl did not make up his own funny vocabulary.

The most memorable quality of “Matilda,” and Dahl’s books in general is the absurd humor present throughout. Of course, Matilda’s powers are an absurd aspect of the novel, but even more unbelievable are the ways in which Matilda’s parents and Miss Trunchbull treat children. For example, Matilda’s parents often reprimand her for reading too much. Another example of the book’s absurd humor is Miss Trunchbull’s punishment for a student who eats a slice of her cake. She forces him to eat an entire oversized cake in front of the whole school. As a child I always found these scenes extremely funny, because I knew they would never happen to me in real life.

What I did not notice when I was younger was the mention of more serious and realistic forms of child abuse. Specifically, the scene in which Miss Honey reveals that Miss Trunchbull is her evil aunt who would abuse her as a child when her father and mother died.

In one vulnerable moment, she reflects back on the times Miss Trunchbull would hold her head under water if she was not deemed clean enough. In this scene, the humor seems to vanquish for a moment. As a child, I noticed the change in mood, but I never understood until my recent reread that a serious issue was being addressed.

My reread of “Matilda” was extremely enjoyable as it allowed me to relive many of my favorite jokes and scenes from the novel. In addition, I had a deeper appreciation for the serious tone that was used to address realistic issues of child abuse.

This is a story I recommended to my younger sister and cousins and will continue to recommend even when I am much older. Its carefree, magical plot and illustrations will always take me back to my childhood years in the best way possible.