Living in Fiction: Why We Get Attached to Stories 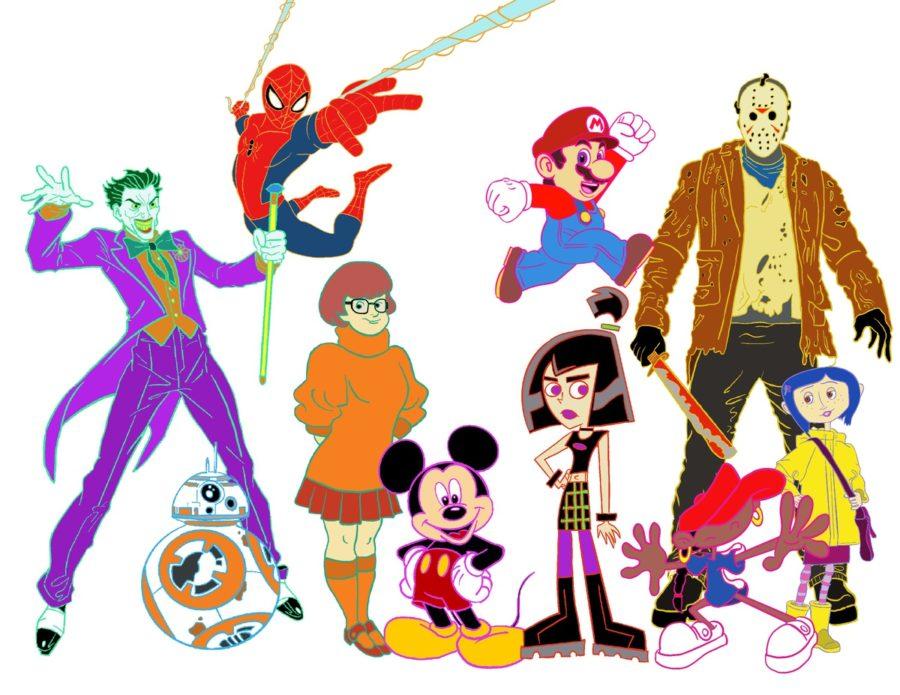 “Harry Potter,” “The Chronicles of Narnia,” “The Hobbit,” “The Hunger Games,” “Uncharted,” “Spiderman: Into The Spiderverse,” “Game of Thrones,” “The Office”–what do all of these have in common? They’re all a form of compelling storytelling that brilliantly captures our attention, whether we’re watching the movie, reading the book or playing the game. Everything has some sort of story despite how we consume it.

In the past year and a half, many people turned to these worlds for comfort, entertainment and a sense of adventure. Since the original COVID-19 quarantine, fanbases for these franchises have only grown. True, there was not a lot to do during quarantine besides eat, sleep and watch movie marathons, but even out of stay-at-home orders we are still applauding after we’ve watched “Guardians of the Galaxy” for the 58th time (just me?).

Here are three factors I’ve observed as a fan, as a writer and as your average college student who loves Pop Tarts:

In every brilliant story, there are some cold-hard facts that we relate to.

Yes, I know, you’ve heard of “theme” before. You picked it out of short stories in fifth grade. However, facts are different. They’re not just the message that the story is trying to convey; it’s something the creator of the media recognizes as unarguably true and wants to communicate with you.

For example, in the memoir “The Glass Castle,” the author leads you through her experience with her father from childhood all the way up until his death in her adulthood. There are moments when he is the hero and others when he is the villain. In the end, it really didn’t matter which role he played, he was still her father and still loved her. Those are the cold-hard facts she successfully conveyed in a heartbreaking, yet realistic way. It didn’t matter how much she wanted a different life or how far she escaped from him. He was her dad, and nothing could change that. This resonates with so many people across the globe whose relationships with one or both of their parents are also complicated.

In every brilliant story, there is dedicated writing.

Now, stories don’t just happen. Someone crafted the world, formed the characters and connected every piece of the plot.

If you’ve ever done a deep dive into “The Office,” one of the most popular comedy series in the 21st century, you would notice a trend throughout the show. The writers were actors and vice versa. Paul Liberstien (Toby), Mindy Kaling (Kelly) and B. J. Novak (Ryan) wrote scripts and appeared on-screen. This gave them an understanding of what it was like to technically act out what they wrote. Additionally, whoever wrote an episode of the show would be on set the day they shot it. This gave them opportunities to connect with actors and literally watch the scenes being performed as well as pitch jokes on the spot.

Notice I didn’t say “good” writers. You don’t have to be a good writer to be a dedicated writer. If you are dedicated to the story you are creating, you will find a way to make it brilliant in its own way.

Dedicated writers are extremely passionate about the stories they want to tell, and they want to make sure that they are portrayed as accurately as possible for the audience.

In every brilliant story, there are well-developed characters.

Characters are the most important part of every story!

If the movie, TV series and/or book doesn’t have strong, relatable, intriguing characters, it will not hold the attention of the audience. I would even argue that character development is the most essential part of creating a story, world-building or plot development.

Characters should drive the story.

This doesn’t mean that the story can’t have an amazing plot. However, the plot should come from the characters, not the other way around. If the writer forces star-shaped characters into a square-shaped plot, the story ends up feeling awkward and unfulfilled.

If you have well-developed characters, they will continue to make decisions throughout the story. These decisions make up the plot. As people, we make decisions every day, which drives our lives forward. If a writer has a plot-driven story, they may eventually run out of ideas and, in turn, be scrambling for how to wrap up their story. However, if a writer develops their characters, and they become tangible, real people to us, then they will never stop making decisions.

What makes up a well-developed character? Well, that could be an entirely different blog post, but here is the short rundown: Every well-developed character has a core fear and a core desire. They are usually driven by their fear to accomplish their desire, leading them to try to get what they want in a flawed way. This is what makes a story so interesting.

When there are a multitude of characters that all have similar or conflicting desires and fears, the result is an incredibly intriguing story that the audience will get invested in. The audience doesn’t get invested in the story, because the plot is well planned. They get invested, because they admire or relate to a character that has the same desires/fears as them.

A great example of A+ character development (in my opinion) is the Marvel Cinematic Universe (MCU). At this point in the MCU, there are more characters than we can count. Some of my personal favorites are Tony Stark, Peter Parker, Bucky Barnes, T’Challa, Loki and Shang-Chi. Every single character in the MCU has a different desire, different fear and different motive. When these differences clash, they explode into a fireworks show that we, as an audience, literally pay to see.

Back to the original question, why do we get so attached to strong stories?

We get attached to stories, because we are all living out our own stories. So, you’re not a writer. However, you are a human being that’s in control of how you live your life. Do you have an idea of what you want to be in life?

We all have a set of literal, cold-hard facts that we have either just discovered, are coming to terms with or have accepted. We deal with world-rocking facts every day that shape our reality. Do you get attached to stories that have the same circumstances as you?

You are a person with a core fear and a core desire. How do you deal with this fear? What motivates you to make choices? What do you truly want and how do your decisions reflect that? How do your desires clash with those of your friends, your parents, your professors? You make decisions every single day, just like the characters we watch on the big screen.

We get attached to strong stories, because all our lives are stories in the making.

It’s cheesy, I know. Maybe even a little cliche. But hey, it’s kind of cool to think about.