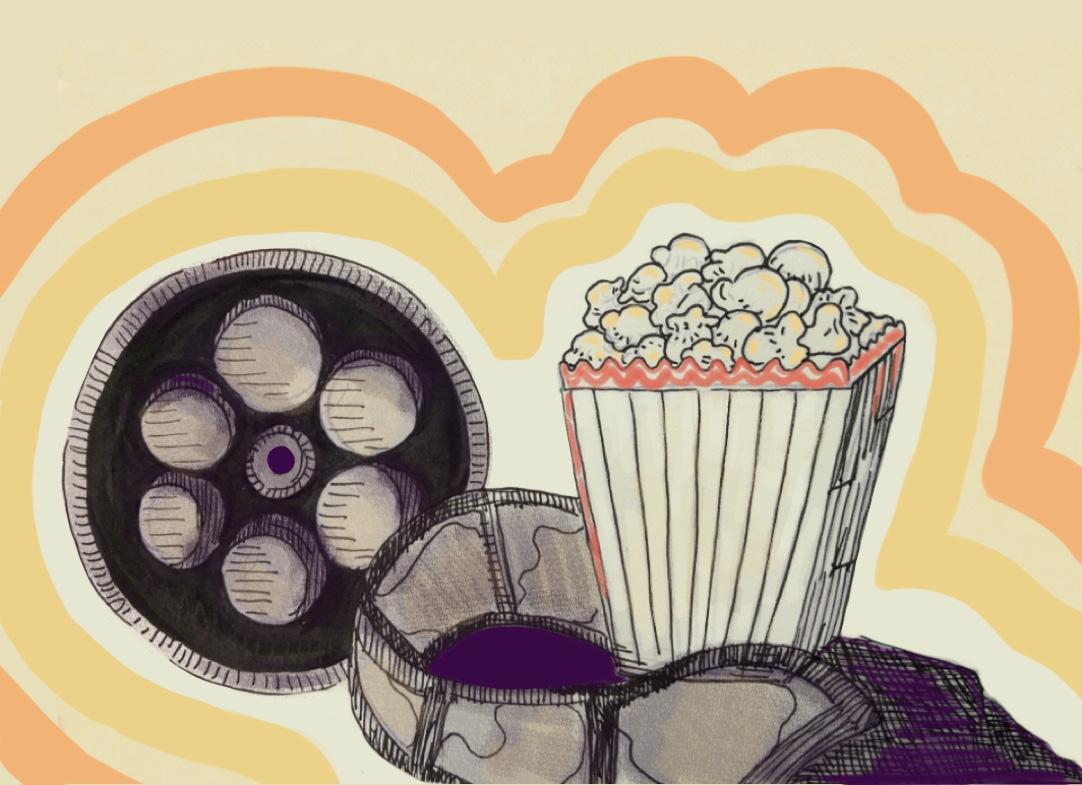 Howdy and welcome back to In The Queue!

There’s no shortage of nail-biting news, but you’ve got to take a break somehow. Comedy lets us laugh off some of the hardest parts of life. That’s the theme for this cinema jumble: comedic relief.

I know I’ve thrown y’all some scary movies, but it’s time to chuckle, belt and holler! We’ll explore some hilarities in no particular order. With that said, let’s jump into it!

You can find this movie on Hulu.

This is a satirical mockumentary from one of the creators of “Tim and Eric Awesome Show, Great Job!” We follow Tim Heidecker and his quest for office. He is short tempered and expects great things from himself, which is where the comedy sets in.

The entire meta story of why he chooses to run starts with his satirical movie review show “On Cinema.” You do not need to watch the entire series to watch “Mister America,” but for those who love attention to detail, go for it.

Will Tim Heidecker get his place in office? You’ve got to watch it to find out!

You can rent this flick on Amazon Prime Video for $1.99.

You know that it’s going to be a hit if Pryor is in it. If you aren’t familiar with Pryor’s grace upon the silver screen, get hip to it with this movie. Alright fair warning, we’re dealing with dad jokes/comedy, but hey, you gotta love it!

We find a husband and father moving his family across America for a new job and uprooting his family for a place they haven’t seen in person. What could go wrong, right?

You can find this movie on Amazon Prime free with ads.

This is not just a blatant comedy. There is a sense of seriousness within the jokes of the movie that gives way to extreme punchlines. “Big Nothing” has one of my favorite actors all around: Simon Pegg. Pegg brings a refreshing take to comedy that is a little left of western in my opinion.

We follow another husband and father. The difference is this man is hard for cash. Our hero is married to a cop who is more than happy to provide for the family, but he seeks employment anyways. He finds himself working for a very dull call center where he meets some questionable coworkers.

Where will such things lead?

This is a Netflix special.

From the creators of “Workaholics” comes this gem. If you know “Workaholics” then you have a fair preface to the humor that’s in this movie. If you’re unfamiliar, when you go to watch the movie expect a bit of stoner jokes and just plain old silliness amongst a trio.

Some run-of-the-mill guys find theirsleves amongst real time gangsters and gun violence. How will they step up to the plate?

You can find this film on Amazon Prime with an HBO subscription.

This comedy stars some really big names like Eddie Murphy, Martin Lawrence and (but not limited to) Bernie Mac.

The movie takes place 1932 and follows two wrongfully accused men as they find themselves in prison. Working their days away, they need to prove themselves in a prison full of real inmates. What will come from this? You need to watch to find out!

Alright, that will about do it for this blog. I hope some of these laughs can alleviate some of the tension we are all under. Don’t forget that no matter what we’re in this together, y’all!

Until next time, peace!