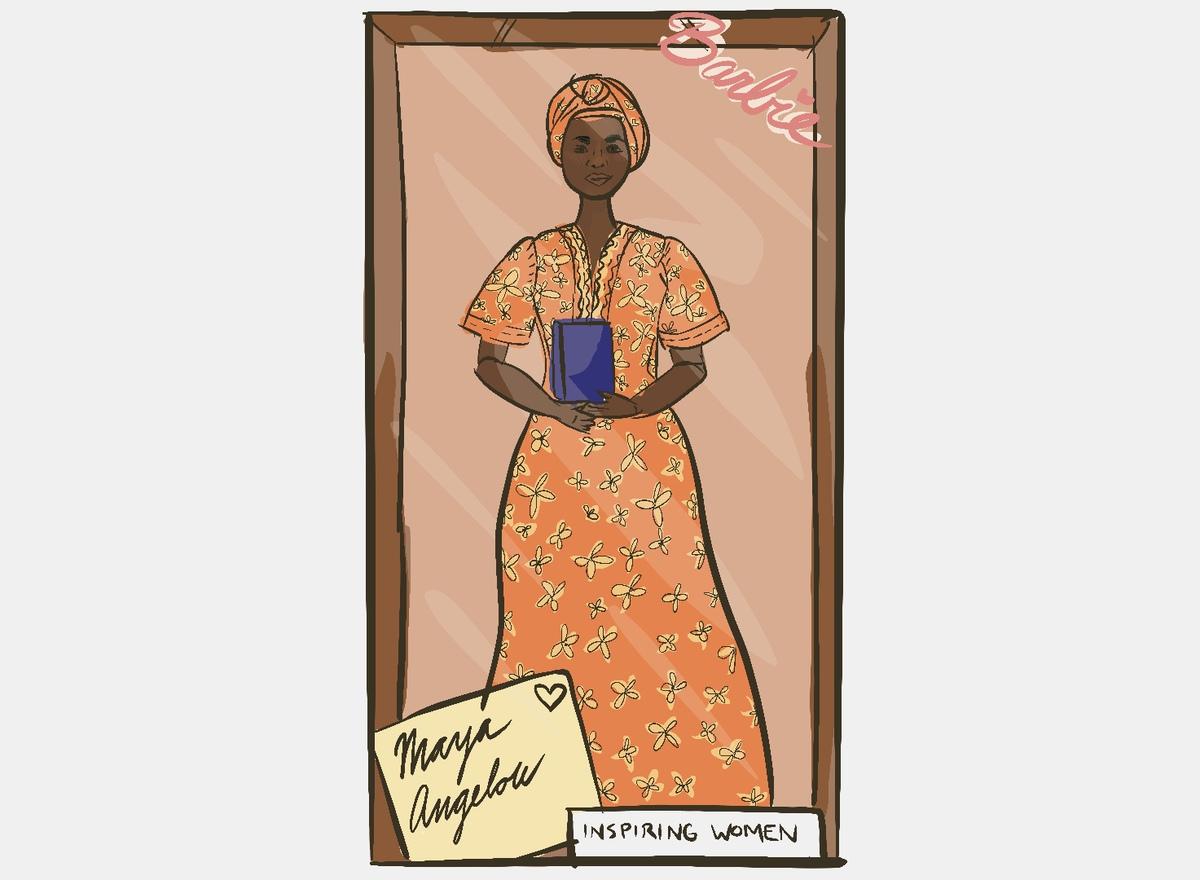 Why is representation important, especially in children’s toys?

From the moment Maya Angelou was born, she was defeating all odds. Born Marguerite Johnson in St. Louis, Missouri, on April 4, 1928, Angelou was a writer, historian, songwriter, playwright, dancer, producer, director, performer, singer and civil rights activist. Angelou was raised by her grandmother who helped her develop pride and self-confidence. She was also the one who encouraged Angelou to become a teacher. Angelou became closer with her absentee mother when she grew up. Her mother admitted that she was not ready to be a parent at the time, and Angelou was able to forgive her.

In her early childhood at just seven years old, Angelou was sexually assaulted by her mother’s boyfriend. He was convicted for the crime, but before he could be imprisoned, he was murdered. Blaming herself for the murder, Angelou was mute for five years. During this time, she developed her love of literature. She later became part of the struggle for civil rights after hearing Martin Luther King Jr. speak. She often related many of her poems to the struggle of race, such as “Alone” and “In and Out of Time.”

Angelou’s life was forever changed by trauma from sexual assault and racial discrimination, but it is also why she was such an amazing poet. By writing about her trauma and experiences, she was able to connect to people and help them through their own circumstances. She has been recognized many times and has won countless awards such as the Presidential Medal of Freedom in 2010, as well as nominations for a National Book Award in 2013 and a Pulitzer Prize in 1972. Her writings touched many people’s lives, especially trauma survivors and Black, indigineous and people of color, or BIPOC. Angelou passed away in Winston-Salem, North Carolina, on May 28, 2014. In January of 2021, the toy manufacturing company Mattel produced a Maya Angelou Barbie® Doll to honor the history and impact of her activism, work and achievements. Mattel created this doll in hopes that it would inspire the next generation of people, specifically BIPOC women, to be teachers, activists and writers. The doll depicts a younger, Barbie-version of Angelou.

Why is it so important that BIPOC children see dolls, toys and characters that represent them? Children learn through play. They learn their numbers, they learn to read, they learn all about their world through play. Children need to see other BIPOC children in their toys, books and other media outlets, says mouselovespig.com, a website that teaches children to celebrate their differences and to accept others. Racial diversity in toys can promote empathy, kindness and increased self esteem for all kids who play with them. As stated by maisonette.com, a website that elegantly aggregates the best children’s products and teaches diversity to young children, play can create the foundation for who children will be in the world socially. Toys can be the foundation for faulty ideas about race and diversity; they can unintentionally send so many messages to children. When firefighters are only portrayed as men or doctor dolls are only white, this sends a message that other people do not exist in these roles. According to metroparent.com, a website with a mission of educating parents in matters of diversification, kids internalize what they see as true if that message is not countered. For the next generation to be anti-racist, society needs to make sure it is leaning toward diversity and inclusion to help children become critical thinkers.

When kids of color do not see themselves represented in media and toys, they do not feel as valued, like something might be wrong with them. They start to ask themselves why they are not there or think they need to assimilate into white society, to change themselves to belong, says maisonette.com. White children are getting that same message, that kids of color do not belong in their worlds. In the 1940s, Black dolls did not exist, and children painted their dolls Black and brown, says achievement.org, a website that is centered around BIPOC history. Though Black dolls are available 60 years later, they still fit conventional beauty standards. The Maya Angelou Barbie® Doll allows for children of color to see themselves represented.

Thrift Store Gentrification
Can Totemism Save The World?