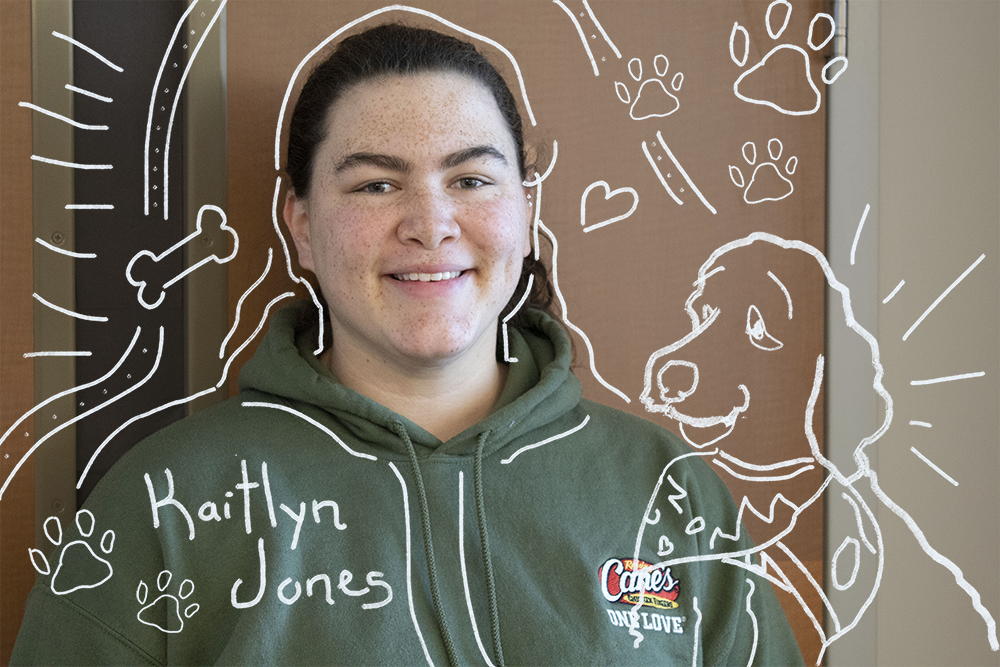 For this week, here are a few profiles on the presidents of various campus organizations.

Kaitlyn Jones, junior psychology major, was not involved her freshman year at Kent State. Now, fast forward to her third year, she is the executive director of Kent Interhall Council (KIC).

“I joined my freshman year about halfway through the semester, as just a general body member,” Jones says. “The RA I was randomly placed to live with noticed that I wasn’t getting involved, so she just encouraged me to stop by a meeting, so I did that.”

As executive director, Jones supports her fellow executive board and takes charge of the general body meetings, as well as coordinates with the individual hall councils and with residence services.

“I was the director of programming, so I was in charge of programming the large scale events we do like Movers and Groovers, Sex Week, Sibs and Kids Weekend and every little program in between,” Jones says. “ After loving that, I ran for Executive Director and was elected last year.”

KIC hosts various events throughout the year, and there are some Jones is specifically excited for.

“[I’m] probably [most excited for] Sibs and Kids weekend,” Jones says. “Every year, it’s so amazing to see the Director of Programming build on the success we’ve previously had, so I’m really excited for that.”

“Due to our president stepping down last semester, I’m only president from the beginning of this semester to the end of spring break,” Kleinhenz says. “We will re-elect, I’m pretty sure all positions for after spring break, and then we will have a whole new e-board for the next upcoming year.”

Some of his duties as operations manager include overseeing members and officers, booking venues for events and making sure everything is “running like a well-oiled machine.”

Kleinhenz joined after his Flash Guide Thomas talked to him about the organization at Destination Kent State and he auditioned.

One of Kleinhenz’s goals for his term is to get the organization more involved in Greek life on campus, as a few of the members are also involved in fraternities. Momentum is also planning on having a “sweetheart” from each Panhellenic sorority on campus.

“We are singing at Lip Sync, Delta Zeta’s philanthropy, and we may also be singing at [Delta Gamma’s] philanthropy, which is Anchor Cheer,” Kleinhenz says. “Then we also usually sing at the Relay for Life, which was a lot of fun last year, and also Sigma Chi’s Derby Days we did last year, which I think we’re also doing this year.”

Kleinhenz says he wants the group to be able to bond as much as possible.

“I try to stress that that is a really good luck getting involved with the things that [the members] enjoy, it helps us create a better bond, and it’s just really good for us to do that,” Kleinhenz says.

“I just make sure we get everything done that we need to get done,” Ianelli says. “I also help all of the board members do their positions, if my VP of Fundraising community outreach is working on a finance project then I help her, if my VP of communications is working on the newsletter and needs me to look through it and edit it then I’ll do that, or write a piece for it.”

Her duties do not stop there, as she also makes the agenda for board meetings and runs them, but when it comes to general body meetings, the vice president Jill Golden is in charge.

Ianelli says she would like to focus on membership, as it has been down compared to recent years. Right now, there are about 30 paying members and 20 non-paying members.

“In the past, we’ve had over 70 paying members, and we were a huge organization. We were considered a large chapter when it comes to national rankings,” Ianelli says. “Now, we’re on the brink of being a small chapter. And it’s not to say that the organization’s gone downhill at all. It’s just that we’re struggling with people wanting to be involved.”

Ianelli says the blame is not on the individual members, rather that people are busy and some things are accessible online. She also appreciates the travel and connective opportunities she has been given from PRSSA.

“I really just wanted to focus on being a warm and welcoming environment for people that can feel like they can come even if they don’t want to pay,” she says. “I’m less worried about people sending a check to Nationals, and having a large chapter with paying members… I just want people to come, you know, I just want people to get out of the organization what I got out of the organization.”