Another Obligatory and Unqualified “Donda” Review 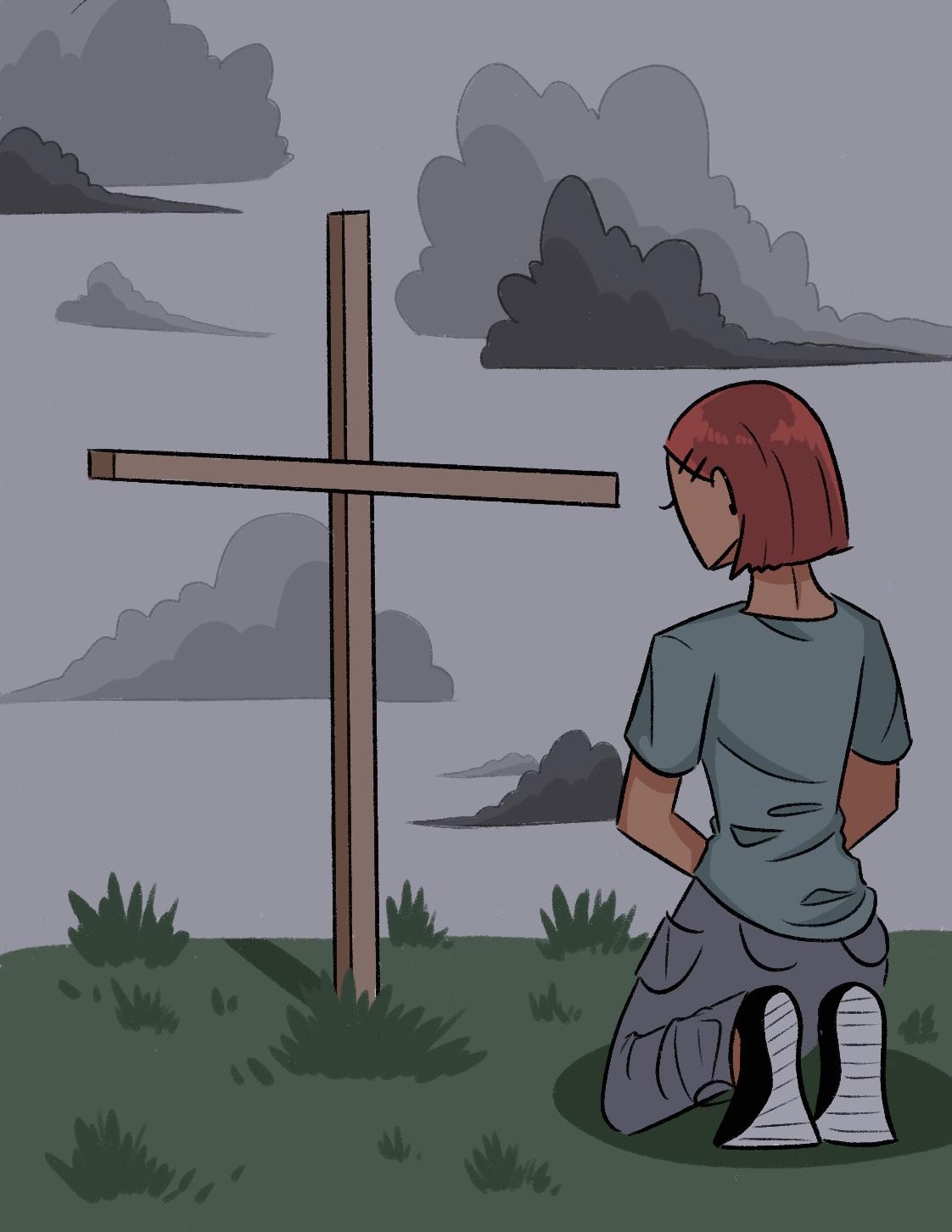 Kayne West and his latest release, “Donda,” truly need no introduction. We all watched the usual public stunts, social media posts, postponed release dates, and overall frenzied activity performed by West. We are all conditioned to know this means a new album is on the way. It started with listening parties at the Mercedes-Benz Stadium in Atlanta, with West, isolated on stage, sitting on his knees with a puffy red jacket and what appeared to be pantyhose covering his head. The third listening party, held in Chicago’s Soldier Field stadium, proved to be even more of a surreal performance art experience. Constructing a replica of his childhood home, West set himself on fire, remarried Kim Kardashian, brought out Marilyn Manson and DaBaby, and set the house on fire.

Calling West’s actions highlights for media spectacle is an understatement; they are enmeshed with his artistic output and form his later albums. In the age of cancel culture, West’s career is a carpet bomb of offensives that should make him a social pariah. Much like a bomb, tragic as it is, we cannot remove our eyes and ears from West. It is a self-eating snake; the media pays attention to his actions, calls them ludicrous, waits for the album, praises it and goes back into silence until a new one.

With this new album, West went back to the seemingly insignificant public antics of his earlier career. Rather than questioning the system of slavery, West seemed to retreat to the egomania that highlighted his earlier creative output with these listening parties. The egomania, however, is questionable since this album is one of the middling, yet still controversial, of West’s recent releases. “Donda” frankly runs a bit longer than one would like to sit with West. However, compared with previous releases, “Donda” has more bright spots, emotional clarity, and interesting beat work.

“Donda,” named after West’s late mother, runs in the same rivers of lyrical subject matter West swam through in his early career, juggling his Christian roots with the hedonism of the music industry. It also tackles his emotions with his mother’s passing in the longest and most literal presentation in West’s career.

“Donda” starts off strong, with the title track being his mother’s name repeated over and over by singer Syleena Johnson. It is definitely an interesting choice, but once it runs into “Jail,” a collaboration between West and Jay-Z, it is clear it was a build-up. “Jail” is one of the best tracks on the album, with fuzzy Tame Impala-esque guitar slashes acting as both percussion and accent. West’s vocals seem to be playing through a tinny filter while Jay-z’s has a warm, round sound, creating a yin-yang effect when he comes in.

“Jail” begins with the sounds of a digital high hat that translate into “God Breathed,” another pinnacle of the album. Using a bass line intro followed by West saying “I know God breathed on this” repeatedly, “God Breathed” uses negative space to its advantage, as the track features a deep choral song throughout, punctuated with stabs of electronic singing that come off as screams. Vory, who is featured in this song, provides a more sensible representation of religious anxiety compared to West’s intense and manic style on his verses. “Praise God” opens with a speech given by Donda West; this develops into a haunted rhythm with a minor key organ and lyrics about praising God and rising from the dead. Baby Keem’s verse, with its autotune, seems out of place on the track compared to West’s bass-heavy vocals.

“Off The Grid” is an amazing track, probably the best track of the entire album. It is highlighted with electronic high hats and the theme of the triplets, going from the verses and transitioning to the melody.

“Moon” is another highlight on the record. It has a surprisingly sweet electronic sound with Don Toliver singing about longing to travel to the moon. It also has a double meaning with the lyric, “Don’t go so soon” attached to the early death of West’s mother. Kid Cudi’s verse also has this bittersweet quality:

“Never forget all the memories/Sittin’, I sip out my cup/Thinkin’ I should be a better me/Truly I’m blessed from the start(…) Heaven knows I might never sleep, trouble in my soul/Hey, I’ve been prayin’, life can be drainin’, oh/Hey, we were late, tryna keep haulin’ on/I’m ashamed and yet, what I will see, ain’t nobody knows, so I go”

“Heaven and Hell” is where the album starts to sag a little, with the religious ideals becoming a bit too on the nose and heavy-handed. “Heaven and Hell” jumps all over the place lyrically, but the sample of “Jenny from the Block” mixed with a church choir is a totally Kanye mix. It is weird, but with him, it works. “Tell The Vision,” which is more of a transition than a song, makes no sense being between “New Again” and “Lord, I Need You,” the latter which is the most emotional track on the record. “Lord I Need You,” the last great track, features heart-wrenching vocals from the Sunday Service Choir; it is like they are accompanying West as he is looking to God for guidance.

With previous albums, most of the controversies came from West’s emotional and transgressive honesty in his verses; this album, though, draws more controversy from the collaborators West pulls in to do guest verses. “Jail Pt.2” features DaBaby and Manson, who are both in a heap of controversy and criminal trouble. Artistically though, “Jail Pt.2” seems like a lame sequel compared to the more interesting “Jail.” Manson’s screaming is haggard and overall unnecessary for the story of the record. Apart from his inclusion being insensitive to abuse victims, it artistically makes no sense. Despite his controversies, DaBaby’s flow and style make sense with West’s; aside from shock value, Manson’s input contrasts sharply with West’s and not in a way to make anything interesting.  The last three tracks, which are all second halves of previous songs, seem sore losers with the champions on the first part of the record. Overall, “Donda’s” emotional honesty and experimentation with gospel-style pays off; it is a successful culmination of West’s previous testings with pure gospel music and his normal bombastic style. However, the sum of its parts is a bit flabby. Not bloated, if anything, it sounds more cavernous and huge. The movie-long-length crushes the album and makes it drag on. If it was tightened up to even an hour, it would have more of an impact. From the great parts, however, West makes an emotionally honest yet unique statement about the grief that continues to linger in his art and in his subconscious.

Grace Marie Burton
Grace Marie Burton is a senior journalism and mass communication major. She has been writing for The Burr for three semesters and has contributed to other student publications. When she’s not writing, she can be found in the pit at shows or wandering around the library.
Continue Reading
Related Topics:grace marie burton, kayne west, Music, pop culture

Starry Skies over a Sleepy Texas: Summer Photography in Marathon
The future of labor organizing, an exercise in retrospection