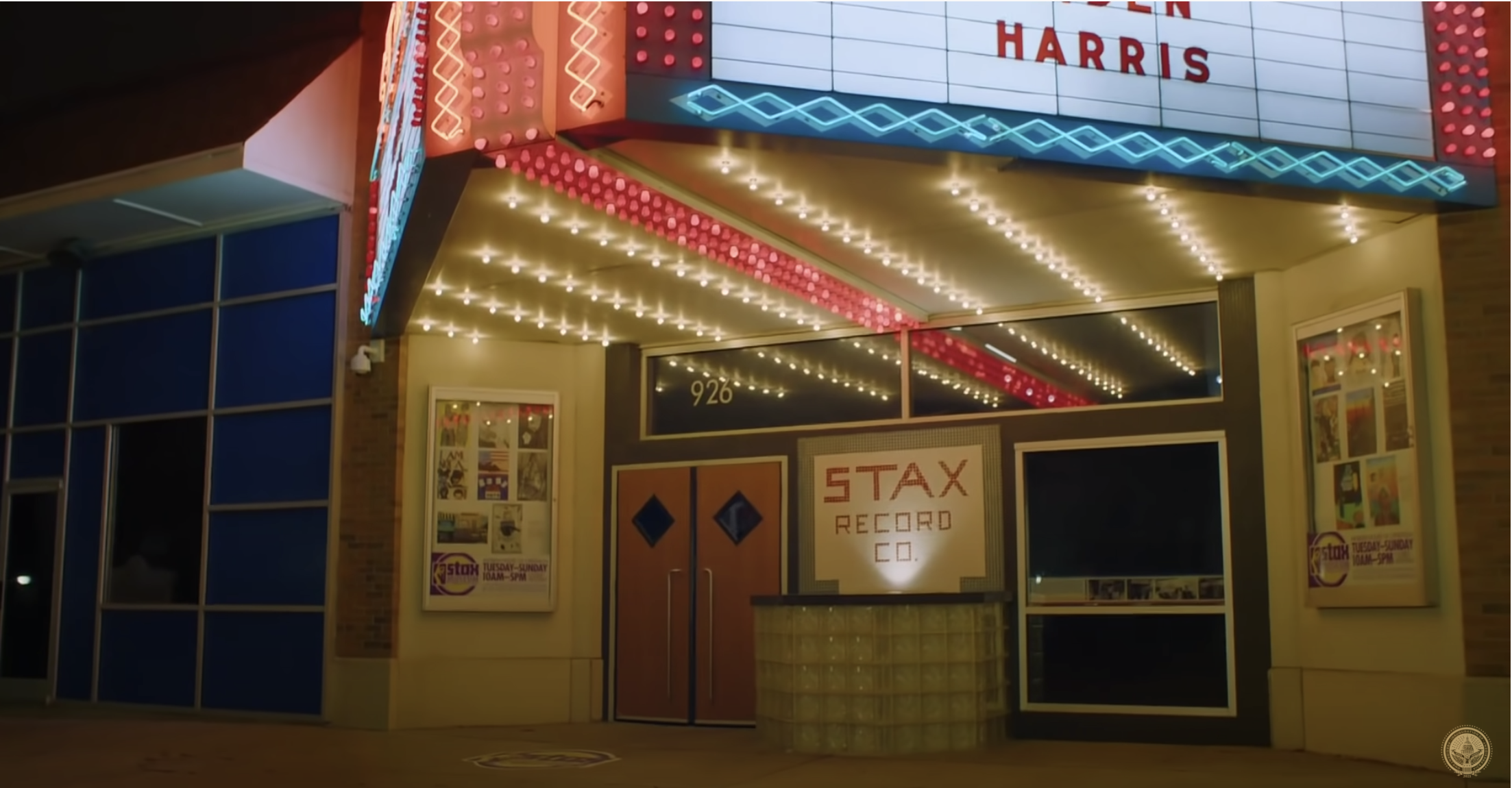 Recently, the entirety of the United States felt as if it was in a stomach lined with Pop Rocks and soda: bubbling and caustic. It was as if a collective fist-in-mouth tension was building up, only to be released this past Wednesday. The musical moments, often subtle when compared to the importance of the day, have always been a micro-component of the inauguration ceremony. This year was no different, with two important moments coming during the inauguration and an extended epilogue later in the day.

The first pinnacle musical affair of the day came when Lady Gaga, clad in a custom Schiaparelli gown, descended the stairs to give a rousing and dramatic rendition of “The Star-Spangled Banner.” It was a short but exciting moment in the inauguration, both due to her extravagant outfit and aura. With her gold microphone, matching bird pin and magnificent voice, Gaga gave a riveting performance of an otherwise mundane standard. The end encapsulated the dramatic nature of this performance. When Gaga sang the line, “that our flag was still there,”  she did this hand swipe, the camera cut to the flag and she turned to sing directly at it. It was both theatrically ridiculous and amazing at the same time. It was the briefest but finest performance of the morning.

The second musical performance was perhaps the most varied. Jennifer Lopez decked out in a great contender for Liberace’s Sunday best, came out onto the Capitol balcony to sing a medley of Woody Guthrie’s “This Land is Your Land” and “America the Beautiful.” Based on her vocals alone, the performance was not anything special. Lopez tends to shine her talents more successfully with impressive choreography, ostentatious stage costumes and passionate stage presence. With the more toned-down performance, however, it fell quite flat. In the weirdest twist of the morning, after speaking a brief phrase in Spanish, (“One nation, under God, indivisible, with liberty and justice for all”) Lopez let out a “Let’s get loud” that did not lead into her 1999 hit. It was a cheat to get teased with the song that never came and the American public might truly never know what compelled Lopez to ad-lib this. Regardless, it did lead to one of the most hilarious and memorable bits of the entire day.

That night, with the expensive extravagance of the day having mollified down, a televised concert, entitled “Celebrating America,” began. The Rust Belt American symbol, Bruce Springsteen, kicked off the evening. Springsteen performed “Land of Hopes and Dreams,” a song he previously played to enter into the Obama administration in 2008.

Compared to the massive showmanship Springsteen normally pulls out with his backing band, it was a quieter note on inauguration night. With only Springsteen and his acoustic guitar lit by minimal lighting against the stairs of the Lincoln monument, it was a somber moment of hopefulness. It was almost a three-minute breather from the past four years, calming nerves and blood pressure and sending the viewers into a more peaceful headspace (at least for those couple of brief moments). It was not the best Springsteen performance by a long mile but what it represents is more important than the performance itself.

Between the musical numbers, interludes by another truly iconic American figure and spiritual father figure Tom Hanks addressed all members of the nation. In between the musical portions, video segments played paying tribute to the groups of people working the hardest during this pandemic: nurses, essential workers, and educators to name a few. However, the combination of the person representing the group in question had nothing to do with the group or the track they were performing. Do essential workers equal Bon Jovi? Helping prevent hunger equals Justin Timberlake and Ant Clemons? The one that seemed to make the most sense was the woman representing educators, kindergarten teacher Mackenzie Adams, introducing Foo Fighters (Dave Grohl’s mother was a K-5 teacher). The connections were not there and the lack of continuity made it seem more ramshackle.

Following Springsteen, the performances shot up and down sharply in terms of quality, with Bon Jovi being the worst contender. Shot in Miami on a too smooth, almost digitized appearance on Broadway, they performed a cover of the Beatles’ iconic “Here Comes The Sun.” Much like the background behind them, it fell into a sort of uncanny valley of autotune and auditory flatness. The sun coming out of the clouds on cue at the end of it really tied it all together with a limp bow.

The performance following Bon Jovi started out well. Within the original Stax Records studio in Tennessee, the audience was greeted with breathtaking vocals by singer Ant Clemons singing his original song “Better Days.” However, once his guest, Justin Timberlake, joined the performance, it instantly fell into the realm of hollow. Timberlake’s vocals seemed to push Clemons out of the musical spotlight when they should have been blending together for a perfect union. The pair just did not seem to match, with Clemons seeming more genuine and Timberlake coming off as hollow with a soulful voice.

The finest performance of the night came a bit later with John Legend’s version of “Feeling Good.” Most famously covered by Nina Simone, “Feeling Good” is one of those contemporary standards that carries its history and pedigree of singers along whenever anybody performs it. John Legend’s original compositions might be a little underwhelming, but whenever he pulls out a cover, it always lands perfectly. This one was no exception. Performed further from the Lincoln monument, similar to Springsteen’s performance, it was intimate and solely reliant on the strength of Legend’s vocals. He kept it in the tradition of the big band covers of the songs, restraining his voice when needed and building up to a fantastic belt. It was subtle but powerful, making Legend’s and Springsteen’s performances the more impactful of the evening.

“Celebrate America” had its fun moments, such as Demi Lovato performing a cover of “Lovely Day” by Bill Withers with hundreds of people singing along with her via short video clips. However, the short and half-thought transitions made it seem a little more half-baked than it should have been. With the inaugural performances of Gaga in the morning accompanied by Springsteen and Legend later, a more rounded message of what the day meant could be found while also watching some of America’s greatest voices.