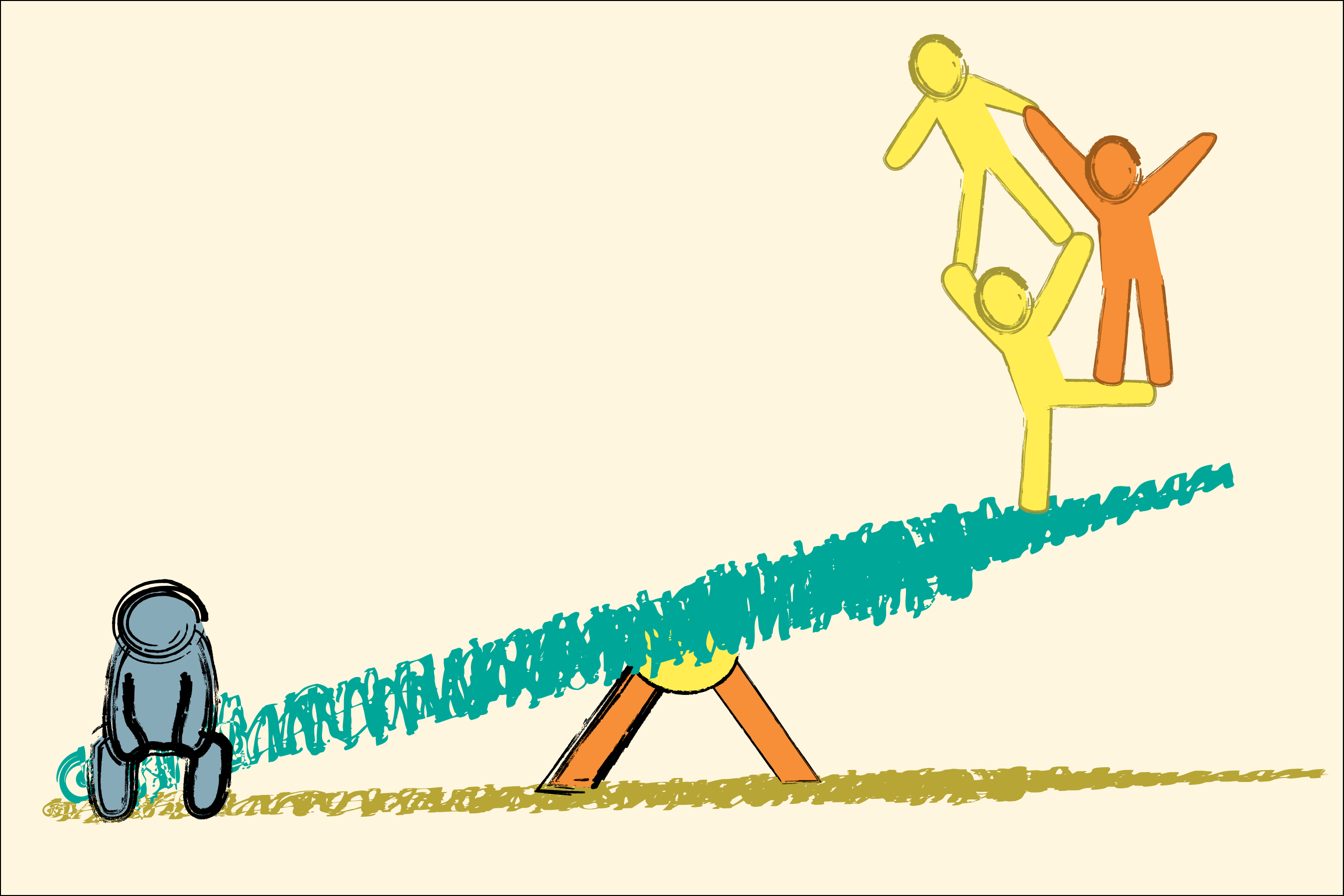 My Achilles heel has always been comparing myself to the people around me. It runs deep and has the strongest influence over my mindset. Back in high school, I put an embarrassing amount of effort toward wondering if I was ever going to be good enough. Wonderful people surrounded me and never made me question my worth. It was just a question of whether or not I was good enough for myself.

I always needed to work hard to get the high grades I ended up with. Even so, math was always my worst subject. It took everything to make sure I got a B. Since my friends didn’t seem to need to put as much effort forward, I quickly assumed I just wasn’t as smart. In fact, I can remember telling my best friend in our chemistry class that I didn’t consider myself a critical thinker. My theory behind this claim was that it took me nearly the whole year to confidently connect two different topics in chemistry, a concept the rest of the class easily grasped. What I failed to notice, however, was that I could think critically about literature and research with ease. It is much easier for me to be down on myself about my under-achievements than to get any reward for my successes.

Throughout those lovely four years of high school, I continued to see myself as completely average. I genuinely didn’t think I had any interesting skills or thoughts. I was always amazed at how other peers would beat school records for their sport or win homecoming queen. I was perfectly fine with being a background character. In fact, I even wrote an essay titled “Stuck in the Middle,” which definitely confused my teacher. For four pages I talked about how I was perfectly content staying the person I was. I acknowledged that I faded into most people’s backgrounds, and since I didn’t think that was something I could change, I pretended that I was fine with it. Luckily for me, she had already seen through that facade and was encouraging me to embrace my passions.

As I got older, my thoughts began to change. I realized that high school doesn’t last forever. At some point I was going to have to step up and be the main character in my story. The complacency I was so used to began to show its ugly head. There was no way I was going to live out the rest of my life wishing I was someone else.

A main motivation for this change was applying to college. Suddenly all the schools I was looking at wanted to know what made me special. It forced me to put on a false sense of confidence at first. Don’t tell any of the schools, but instead of writing about the person I was at that time, I wrote like I was already the person I wanted to become. This version of me had defined career goals, overwhelming self-love and wanted to find a place with the same values. This slight arrogance eventually morphed into genuine confidence.

I don’t think I’m at that ideal place just yet, but what I do know is that what other people accomplish doesn’t diminish my achievements. Just because someone reaches a goal before me doesn’t mean I won’t get there with time. I know that I do everything to the best of my ability. To expect even more from myself isn’t fair.

Instead of comparing my life to others in a negative way, I began seeing people as a resource. If someone is doing well in a class, I ask how they study. If a peer gets an internship, I want to know what steps they took to get there. I stopped believing that where I am is not far enough ahead. There will always be people who seem to be accomplishing more than you, but there are also people who are too scared to even take the first step. What’s important is keeping the focus on your own self and having expectations that fit your situation.

Kathryn is a junior English major with a concentration in professional writing and a creative writing minor from Louisville, Ohio. This is her first semester blogging for The Burr. She is working on pursuing a career in freelancing and bringing people together with shared stories. She began embracing her love of writing during her senior year of high school and can’t wait to see where it takes her (hopefully to the top of The New York Times Bestseller List). Kathryn is a member of Sigma Tau Delta and has been a student success leader. In her free time, she can be found walking her dog, working on her latest embroidery project or scanning Goodreads for a book to read. You can follow her on Instagram @_katiehudnell__.

Not Everyone Should Be A Leader
New Beginnings and Old Memories