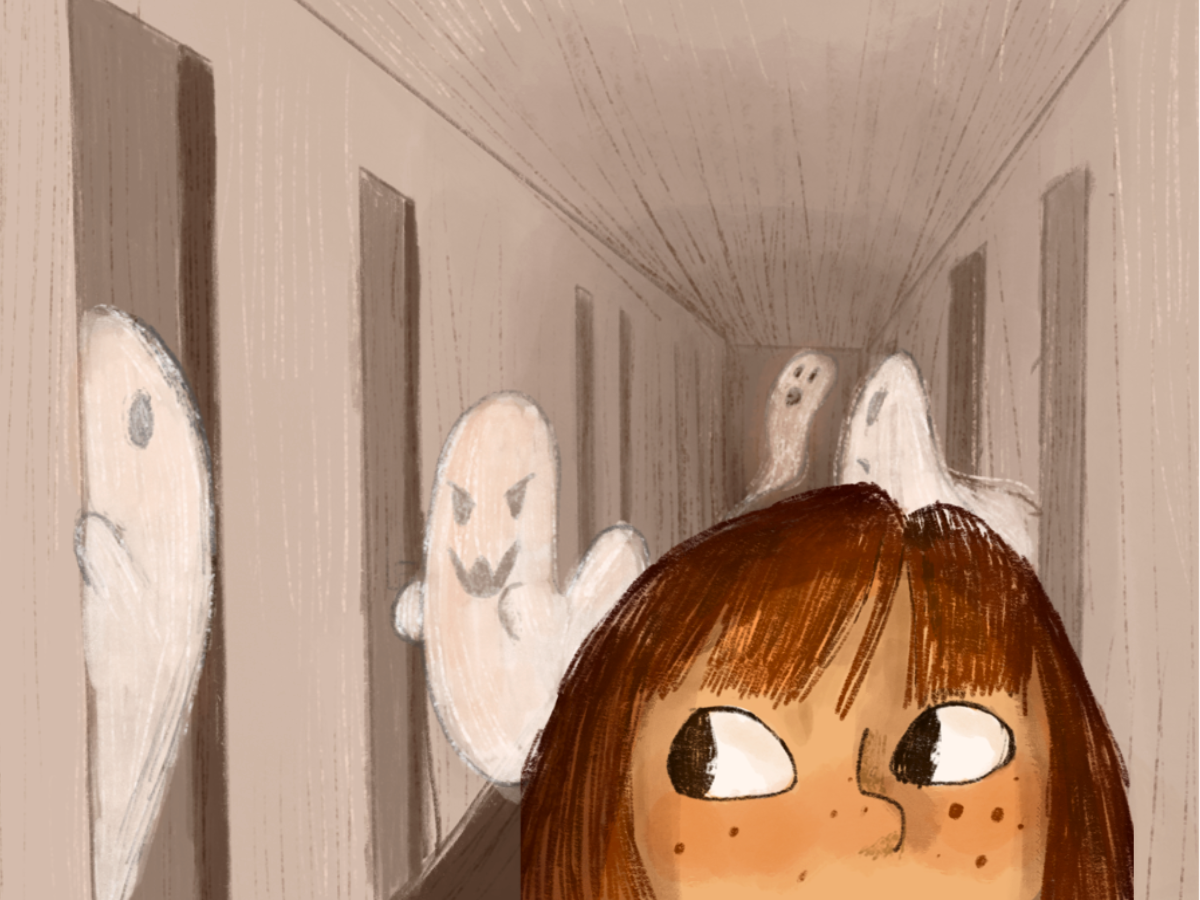 Halloween is quite possibly one of the most enjoyable times for college students. On campuses across the country, Halloween is a time for students to take a break from their normal academic duties and mid-semester blues to, quite literally, dress up and have fun with their friends. Pre-COVID at Kent State, this holiday’s celebrations endure for several weekends and involve a wide array of interesting and unique costumes, decorations, and fun-filled activities on and off of campus for all students to enjoy. Halloween is the perfect chance for college students to enjoy themselves before the semester continues to deepen.

Aside from college activities and traditions surrounding the holiday, the topics during Halloween time are some of the most bone-chilling and riveting of any holiday. Regardless if we believe in them or not, ghosts, spirits and the paranormal are all extremely popular subjects this time of year. Typically, not many individuals openly discuss these talking points except for during Halloween. This is when these points are most accepted, of course. Perhaps one of the most unspoken topics of them all are student’s personal encounters with the paranormal right here at Kent State. Through a series of (COVID-safe) interviews with Kent State students, I gathered a series of real-life accounts of paranormal encounters that students experienced on campus. Kent State: are you ready to be spooked? Readers, beware!

George Hunter IV is a sophomore at Kent majoring in aeronautics and is currently enjoying his first semester here on campus. Originally from Baltimore, Maryland, Hunter was inspired to leave his hometown and travel to Kent, Ohio to pursue the aviation program at Kent State.

Hunter reports a wide range of unexplainable events happening in Stopher Hall. He recalls the first day he experienced the paranormal at Kent State when he was in one of his friend’s dorm rooms on the third floor, which is the very top floor of Stopher Hall. He explains that the group all heard walking noises coming from the ceiling above them. Hunter and his friends continued to hear these same noises three or four times over the course of the time he was visiting their room. Quite confused but also curious, Hunter’s friends began to inquire to others about the same sounds he heard coming from above his friend’s room. All of the students his friend had spoken to also heard these same footsteps coming from above the top floor of Stopher Hall.

On another night on the second floor of the same hall, Hunter was alone in the hallway walking towards an elevator when he heard footsteps behind him. In an attempt to eliminate the paranormal, Hunter began to shuffle on the floor and change his pattern of steps to see if the noise was himself. However, the footstep noises coming from behind him persisted. The pattern of these steps did not change, and Hunter decided to take the stairs instead. Were the footsteps trying to scare him? Mock or mimic him? We may never know.

Anna Spagnola is a sophomore double-majoring in digital media productions and French at Kent State. Spagnola has had several encounters with the ghost of Johnson Hall that is reported to be the most active on the third floor. The third floor of Johnson is where both Spagnola and her roommate currently live. The ghost’s most frequent visits to their room occur during the middle of the night between 2:00 a.m. and 3:00 a.m. when the two girls are awakened by strange and unsettling noises. Spagnola has heard obscure tapping sounds coming from inside of the walls as well as near her air-conditioning unit in the corner of the room. Spagnola and her roommate also report hearing knocking noises above the third floor of Johnson Hall. Like Stopher Hall, Johnson Hall only has three floors.

On one occasion, Spagnola’s roommate went so far as to call maintenance to see what the disturbances from above their floor were caused by. When maintenance arrived, they explained to both the girls that there was nothing above the third floor and could provide no explanation as to where the noises were coming from. No animals, no insects and certainly no individuals were above the third floor. What else could have caused the noises Spagnola and her roommate continuously heard night after night?

Quite possibly the strangest experience of them all, however, occurs in the girls’ private bathroom on the weekends when Spagnola and her roommate are sleeping. Although the girls keep their bathroom’s shower door closed, they are awakened to the sound of their shower door opening and slamming shut in the middle of the night. Looking for comfort, the girls turned to others on their floor to see if any other students heard the same noises. Here, the other students on her floor reported that they, too, heard similar noises. Spagnola mentions that she has heard squirrels before and is quite familiar with the noises of their scampering feet. All of these noises, however, sound nothing like that of a squirrel. Spagnola believes the ghost of Johnson Hall is more of a cultural aspect of Kent State. These similar paranormal experiences of students bring the community together and unite students in a peculiar way. As Halloween time draws nearer, Spagnola is expecting the paranormal activity to only increase.

Connor Imes is a visual communication design student at Kent State who has brought to light several of the unfortunate events that occurred on campus over the last several decades. His engagement with the paranormal at Kent State began on move-in day when his mom, an alumni of Kent State, told him about an incident that occured in Korb Hall on campus. Interested by the subject, Imes began to conduct his own research and began looking at articles from the Kent Stater. TRIGGER WARNING: Content in the articles may be sensitive for some readers. The article written by Jessica Alamino in December of 2003 as well as the article composed by TaLeiza Calloway in November of 2005 are kept in the Kent State University Library’s catalogs and are both accessible online to view.

The paranormal, ghosts and spirits are all extremely popular subjects during Halloween that many fail to truly believe in. However, based on the few accounts of real-life students today, it may possibly be safe to say that Kent State’s campus is truly haunted. Normal students on Kent’s campus experienced these strange paranormal events throughout the course of time leading all the way up until the present. It is up to the reader, however, to decipher for themselves: do you believe in ghosts?

Lillianna DiFini is a second-year student at Kent State studying communication studies with a concentration in relational and workplace communication. Additionally, she is pursuing a minor in public relations. Lillianna previously wrote for The Burr as a blogger last semester and is now a writer. Her hopes for this semester include continuing to explore her passion for writing as well as create content that is both relevant and interesting to the Kent State community as a whole. After earning her bachelor’s degree in communication studies, Lillianna plans to continue her education and earn her master’s degree in education to one day pursue a career in academic advising.