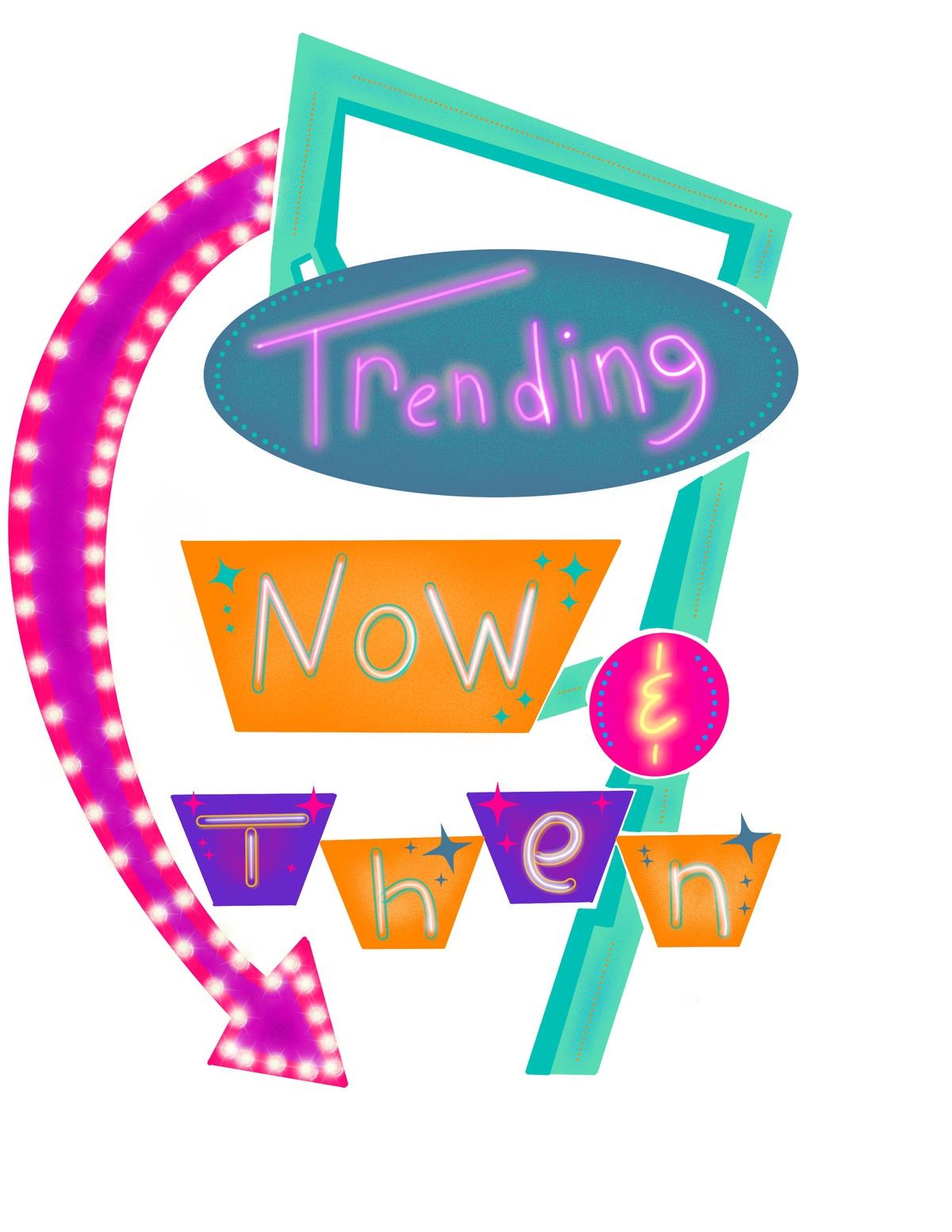 When I was in fifth grade, I read “The Hunger Games” for the first time, and it quickly became my favorite book. Then, I read anything marketed similarly, from “Divergent” to “The Selection.” By the end of middle school, I read almost every popular young adult dystopian series out there.

However, long before 2008 and the release of “The Hunger Games,” dystopian fiction was already stirring up hesitancy towards too much power in the government, self-aware technology and seemingly insurmountable gender inequality.

This week on Trending Now (& Then), I am discussing dystopian fiction throughout the years.

As Jill Lepore said in her article for The New Yorker, “A utopia is a paradise, a dystopia, a paradise lost.” Before dystopian fiction, utopian fiction was popular.

The first appearance of the ideas of utopias and dystopias in fiction was in 1516’s “Utopia” by Sir Thomas More as stated in an article discussing dystopian fiction by the nonprofit Electric Literature. The article chronicles the evolution of dystopian fiction based on current events.

Major dystopian novels first appeared in the 1920s. Yevgeny Zamyatin’s “We,” published in 1921, is set in a totalitarian society where no one is individual until one man discovers he has a soul. As one of the first dystopian novels, it influenced some of the most well known stories such as “Brave New World” by Aldous Huxley and “1984” by George Orwell.

After World War II  and through the 1960s, new technological advancements lead to sci-fi heavy dystopian stories, “Fahrenheit 451” by Ray Bradbury and “Player Piano” by Kurt Vonnegut for example.

More liberal ideals pushed their way into dystopian novels in the second half of the 1900s and are still a major theme.  The dangers of climate change and corporate monopolies hang thick in the air. Gender inequality is addressed in Margaret Atwood’s “The Handmaid’s Tale,” and “The Hunger Games” comments on disenfranchisement by class.

Today, dystopian themes are seen most often in young adult literature, and “The Hunger Games” is only the start. Other series such as “Divergent,” “The Maze Runner” and “Ready Player One” grew into huge franchises since their original book releases with spin-off series and movie adaptations.

Teenagers cannot seem to get enough, but why?

Elissa Nadworny of NPR asked the same question when she attended a dystopian book club meeting at a Michigan public library to discover why teenagers seem to love dystopian novels so much.

From the book discussion and her interviews the answer seems clear: Teenagers like dystopian novels, because they are about rebelling against authority. This translates to real life as teen years are a time to discover who you are and what you believe as an individual.

Freelance writer Andrew Liptak said it best in his recount of dystopian history for Kikus Review:

“Dystopian literature contains works that have a chilling kernel of truth to them and act as a cautionary tale for astute readers. That must be why the books are always the first things to go.”

Jenna Bal
Jenna Bal is a sophomore journalism major with minors in English and web design. This is her second semester blogging for The Burr. When she’s home in Toledo, Jenna enjoys working as a barista and spending time with her younger sisters. Her hobbies include reading, hiking and journaling. Her favorite book is “Gone Girl” by Gillian Flynn. After graduation, she hopes to work in publishing and eventually pursue her master’s degree in library sciences. Keep up with her work on Twitter @bal_jenna.
Continue Reading
Related Topics:books, jenna bal, trending, trends