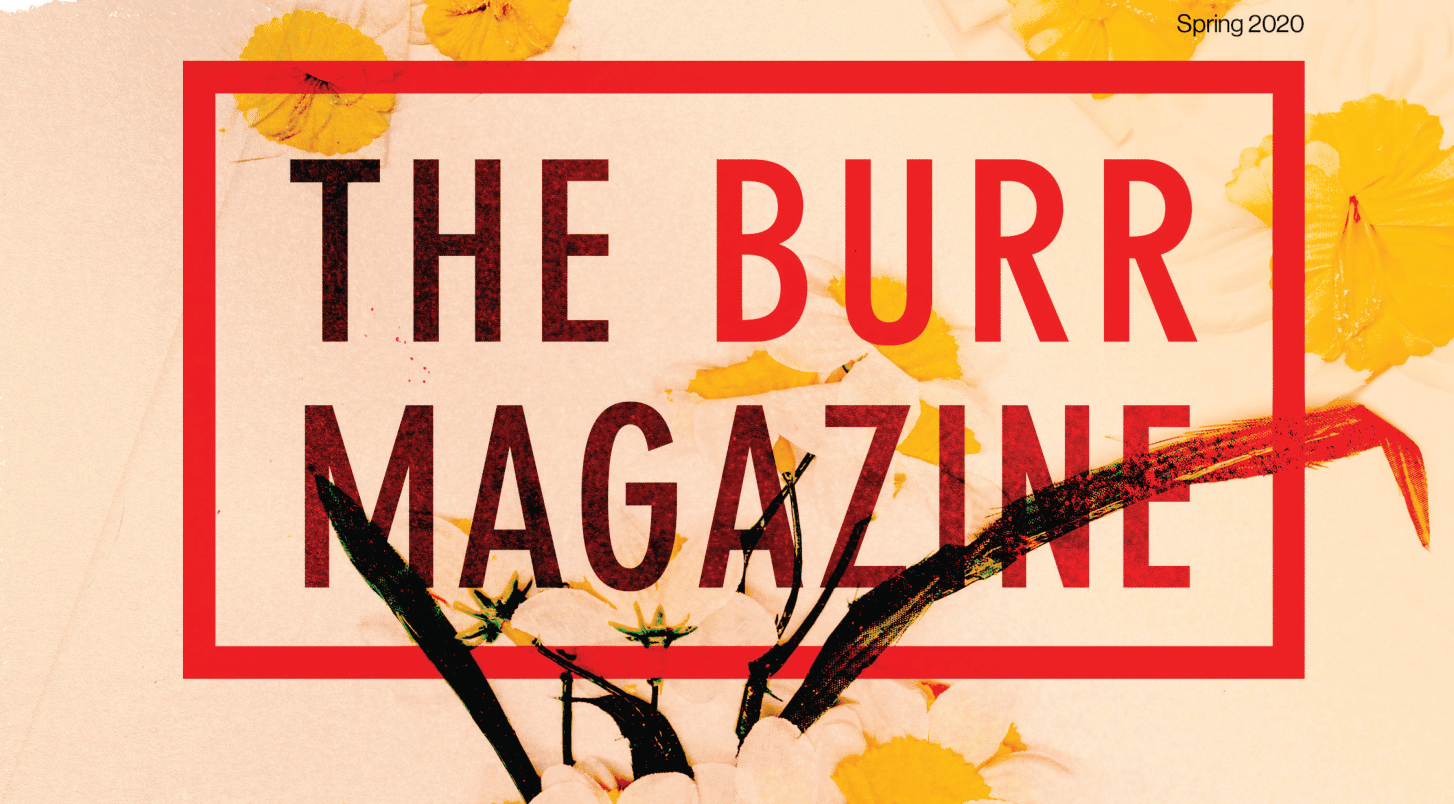 Before the shooting, black students at Jackson State University would often be harassed by white motorists when they were just walking across the street.

Crossing the street, one would hope they wouldn’t encounter a motorist waiting for the light to change who decides to try to hit them. Walking to class, students would hope not to have to worry about watching behind their backs for trash being thrown at them, or being shouted at while just minding their own business.

After relentless harassment by these white motorists, students started to rebel.

Just before midnight on May 14, 1970, flames consumed an old dump truck in the middle of John R. Lynch Street in Jackson, Mississippi. Students gathered outside of Alexander Hall, one of the women’s dorms, mesmerized by the flames and talking with their friends.

The Jackson police and fire department were called to put out the fire, which occurred a few blocks from Jackson State. In full riot gear, about 75 police then turned in front of Alexander Hall, misheard a bottle being dropped as a sniper, and started to fire.

Within 30 seconds, hundreds of rounds of ammunition were fired, killing two and wounding 12. Others were injured from the debris.

“They didn’t give us time,” Gailya Porter, one of the people injured in the Jackson State shooting, says.

The sound of gunshots and screaming filled the air as students tried to avoid being shot. One of Porter’s friends picked her up and made sure she was hidden from the bullets that she felt were being aimed right at her. They were being shot at by “people you are supposed to trust,” Porter says.

Porter was a victim of the glass, the concrete and any other debris that covered her when it fell. Any part of her skin that wasn’t covered by clothing was hit, and later on, she would need stitches.

Nearby, James Green, a senior and track star at Jim Hill High School, was walking home from work at a grocery store. When he was across the street from Alexander Hall, the police started to fire. They shot and killed him.

“They literally had to turn around and fire in the complete opposite direction to kill James Green,” Luckett says.

Green had a track scholarship to UCLA in the fall and was going to compete in Olympic trials.

Phillip Lafayette Gibbs was a junior at Jackson State, studying political science. On top of being a student, he was also married with an 18-month-old son, Demetrius Gibbs, and his wife was pregnant with another baby.

Gibbs was killed outside of Alexander Hall.

Kent State and Jackson State have often been grouped together, as they happened 10 days apart. Kent State received more national attention, and when the Jackson State shootings occurred, that news was lumped in with follow-up stories about Kent.

It became harder to differentiate the purposes behind the protests at Jackson State versus the protests happening throughout the country against the Vietnam War.

While students were upset about the Vietnam War at Jackson State, a greater, more personal issue led to more rallies and protests.

“Students were concerned that classmates and friends were being drafted into the Vietnam War, but from what I’ve been able to ascertain from my research, the vast majority, if not all, of the rallies and gatherings of Jackson State students were almost exclusively around civil rights issues,” says C. Liegh McInnis, a poet, author of short stories and English instructor at Jackson State.

These students were similar to Kent State in the ways they were standing up for what they believed in, but rather than the war, these students were facing the war between them and the white motorists in Jackson.

John R. Lynch Street was in the heart of campus, as well as being the road most people took toward downtown. Jackson State’s campus was scattered among neighborhoods, all along Lynch Street as well.

“There had been a series of incidents over a couple of years with white motorists driving through campus,” Luckett says.

As the students are being yelled at, things being thrown at them and engines being revved toward the students, practically teasing them with the possibilities of trying to run them over.

Students started to protest to have the street end before campus, so they wouldn’t have to face the harassment on their way to classes every day.

On the night of May 14, a dump truck was put into the middle of Lynch Street by people in the surrounding neighborhoods. “The reason they pulled it into John R. Lynch street and set it on fire was to literally stop the traffic from driving through campus,” Luckett says.

While students sat outside Alexander Hall, no one would have suspected where the night might lead.

Gailya Porter curled her hair with soup cans because her hair was too long for regular curlers. After the shooting, those soup cans lay discarded on the floor of the foyer in Alexander Hall.

Students sat out front talking with all of their friends late at night. After the shooting, some students were rushed to the hospital, some went to places off campus, others were picked up by their families.

Seniors prepared to graduate. After the shooting, they were sent home without ever having the chance to walk across the stage, instead getting their diploma in the mail.

Students 50 years later at Jackson State are learning about the history of their campus, as well as the misconceptions behind the shooting.

In one of McInnis’ freshman English classes, he lets students choose from three topics for one of their essays, one of those options being the Jackson State shooting. He makes it clear that it is important to check their sources to make sure the information is correct, as there has been so much misinformation distributed over the years.

Many of his students jump on the idea of learning more about the Jackson State shooting because it may not be covered in other classes. But as they research the topic and struggle to find the correct information, many of the students have changed their essay topics.

“Just because something is posted, doesn’t mean it is true,” McInnis says.

Articles have been published throughout the past 50 years about the shooting with misinformation, saying that there was a sniper on the fifth floor of Alexander Hall and the students were rioting outside the building. The freshmen in his class have to confirm the facts by checking sources against each other and finding sources with accurate information.

Two years before Jackson State, another historically black state university in the South was the site of a student shooting. Three students were killed and about 28 injured at South Carolina State University on Feb. 8, 1968. It was called the Orangeburg Massacre for the city in which it occurred.

Students from both South Carolina State University and Claflin University had protested the “whites-only” policy at the All Star Bowling Lanes on Feb 5. On Feb. 8, students gathered on the front of South Carolina State’s campus to protest and lit a bonfire as the National Guard and other law enforcement officers watched. While the bonfire was being extinguished by the firefighters, a police officer reportedly was struck with a wooden banister.The bonfire was put out by the fire department, and “as firefighters extinguished the fire, a police officer was struck with a heavy wooden banister,” states the History website. The police claimed they heard gunshots and started to fire into the crowd of protesters, killing three people and injuring approximately 28 others.

“Most of them (were shot) in the back as they were running away,” says Idris Kabir Syed, associate professor in the department of Pan-African studies at Kent State University.

Like Jackson State, the Orangeburg Massacre  did not receive as much press as Kent State. When it did, there were inconsistencies between the actual event and how it was represented in the stories, saying the students in Orangeburg were also armed, when that was not the case.

Within two years of each other, civil rights issues led to two devastating school shootings at historically black universities, killing five students total. Between Orangeburg and Jackson State was nationally known Kent State, discussed in history books as the protest against the Vietnam War.

All three of these shootings played a big role in America’s history within the past 50 years, as issues in the Vietnam War and civil rights continued. Some of the issues of civil rights are still prevalent in Jackson, but at the same time, issues that were around in 1970 in Jackson are no longer.

Lynch Street in Jackson now ends before campus begins, protecting these students from the shouts, the revving of engines, the trash tossed out of the windows of cars.

While changes have been made since each one of these shootings, the lives lost are still lost.

“I think that’s the tragedy with all of these students, whether it’s Jeff, Allison, Bill or Sandy, Henry Smith, Delano Middleton, Samuel Hammond, Phillip Lafayette Gibbs or James Green,” Syed says. “We never knew what these people could have accomplished. What they could have done with their lives. That’s the real tragedy with what happened.”

Continue Reading
Related Topics:Featured, making peace with the past, may 4, print issue