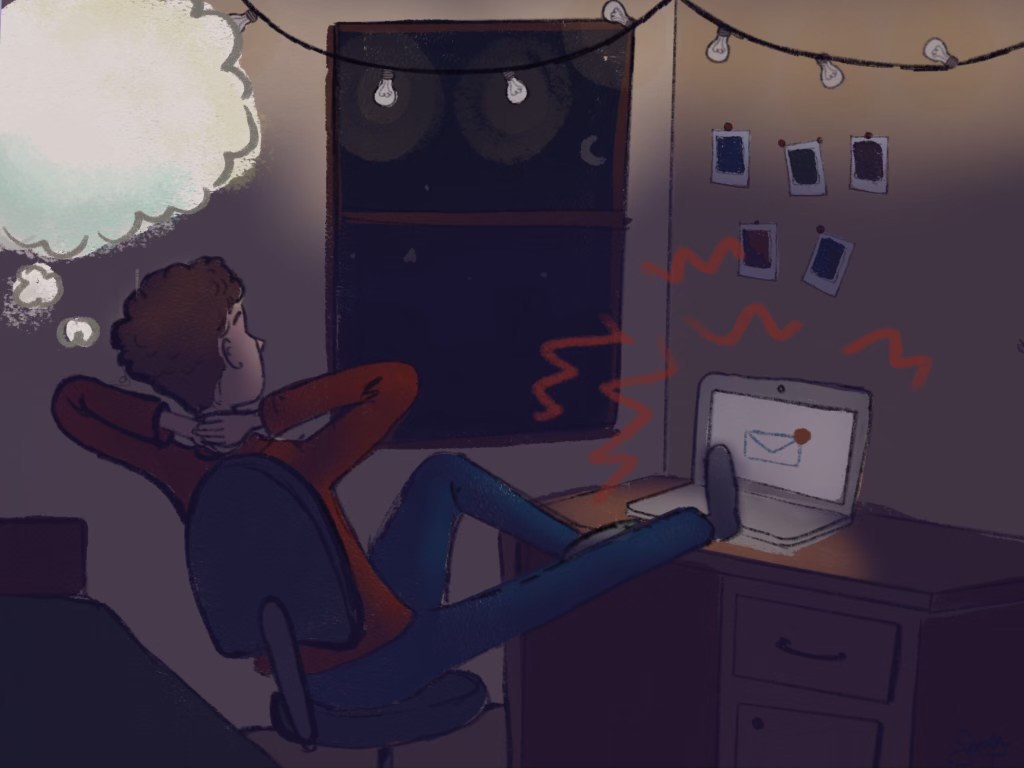 Hello, and welcome back! Hopefully you enjoyed a great fall break, and more importantly, I hope getting back into the groove of things isn’t too dreadful. Honestly, my week went by very quickly and smoothly. Why you may ask? Rather than stressing over some petty homework assignment, I decided to spend my time and energy exploring new TV shows.

I admit that it’s been quite awhile since I simply sat down, let go of my stress and binged a couple shows. Keeping up with school and other “important” things in life can be so dull and monotonous. Whenever I don’t allow myself to indulge in some type of activity or entertainment, I occasionally find myself becoming lost in thought, trying to figure out what’s next to do on my list. Not to mention, I feel as though I lose my creative mindset at times. As a result, I decided I needed an extended fall break.

This week I got hooked on two different shows and highly recommend that you do the same. The first one is “Squid Game” on Netflix, and the second show is “Dopesick” on Hulu. For today’s blog, my plan is to offer some analysis on the two shows and tell you why I think you should watch them. Don’t worry, I won’t spoil anything.

First, I’m going to be just like every other human on the planet right now and say that I highly recommend the realistic fictional show “Squid Game.” Personally, I believe that a preconceived misconception about the show is that it mostly is about senseless killing and social experimentation. While I can’t deny that the show is gory (which reminds me, if you are not into gore, I do not recommend watching), the underlying themes are much more prominent, significant and relatable to the real world.

Essentially, the show highlights the abstract concept of desperation. Each character in the show has about one main aspect in common: they’re all in extreme debt or poverty. As a result, the game in which each player is invited to serves as a potential escape route to a debt free and even materialistically luxurious lifestyle. However, in order to achieve such an ideal situation, players must physically survive the games.

As the show progresses, more secrets about the games and each character are revealed keeping you hooked. Similarly, the imagery and details utilized truly do a convincing job at depicting the struggles of life and the endless poverty trap many humans are subjected to daily. As a side note, “Squid Game” genuinely opens your eyes to various societal dilemmas that we don’t often contemplate or talk about in school or other settings. Consequently, I found myself analyzing my own situation and feeling a bit more grateful but also ignorant to the world a bit.

Not only do I highly recommend this show, but I also highly recommend that you watch the show in the original language it was filmed in: Korean. Very similar to anime, the show is much better to watch in Korean with English subtitles, because the emotions are portrayed more genuinely. The way we express certain emotions differs from culture to culture. As a result, watching the show in its original language ensures the viewer gets the highest utility out of his or her viewing experience. I know it is a bit of a hassle to read the subtitles while trying to keep up with the physical action, but trust me, it’s more worth it.

From realistic fiction to a nonfiction drama, “Dopesick” is a documentary series that brings to light the unspoken stories of those addicted to big name pharmaceutical drugs. Representing the opioid epidemic of the late 1990s and early 2000s, “Dopesick” is a drama series that documents the real life struggles that many rural communities faced from the addictive effects of Oxycontin. Not only does the series highlight the extreme conditions drug users faced after becoming addicted, the show also emphasizes the corruption of Purdue Pharma by showcasing how such a harmful narcotic became one of the most medically prescribed drugs in the United States.

Being a political science student, I personally was intrigued by this show, because it illustrates the social and economic effects that drugs have on communities. Increases in crime rates, death rates, poverty and other societal aspects are explicitly exemplified as direct correlations to drug abuse. Through character developments, “Dopesick” also provides a very detailed and in-depth depiction of just how quickly narcotics can flip an individual’s life upside down. The show also helps those who may be unintentionally ignorant in better understanding why it can be so difficult to simply quit using a drug.

The other main focus of the show revolves around the court case against Purdue Pharma. Through various government prosecutors, a highly complex case becomes established against Purdue Pharma based on believed corruption. As the show progresses, the audience becomes aware of more underlying evidence which explicitly undermines the true success of the company. At times, I honestly felt as if I was the one personally assigned the case and conducting the investigation.

Personally, I love these types of docuseries, because they take an important, historical topic and turn it into an entertaining and educational experience. Also, I should note that because of the way the show is formatted and because it is based off of a real life event, I have not spoiled anything. The only way to spoil such a show would be through the fictional character developments that the show exhibits. If you love to learn but in an entertaining way, then you most likely will love the format of this show.

I don’t know what you were doing before you started reading this blog, but I feel as though it’s my job to remind you that you definitely need a break. Give yourself some entertainment and reward yourself for making it halfway through the semester already. School is stressful and so is life in general. Even if you don’t take my suggestions, find a show or movie that looks good, broaden your horizons a bit and just enjoy the present. The homework will always be there.