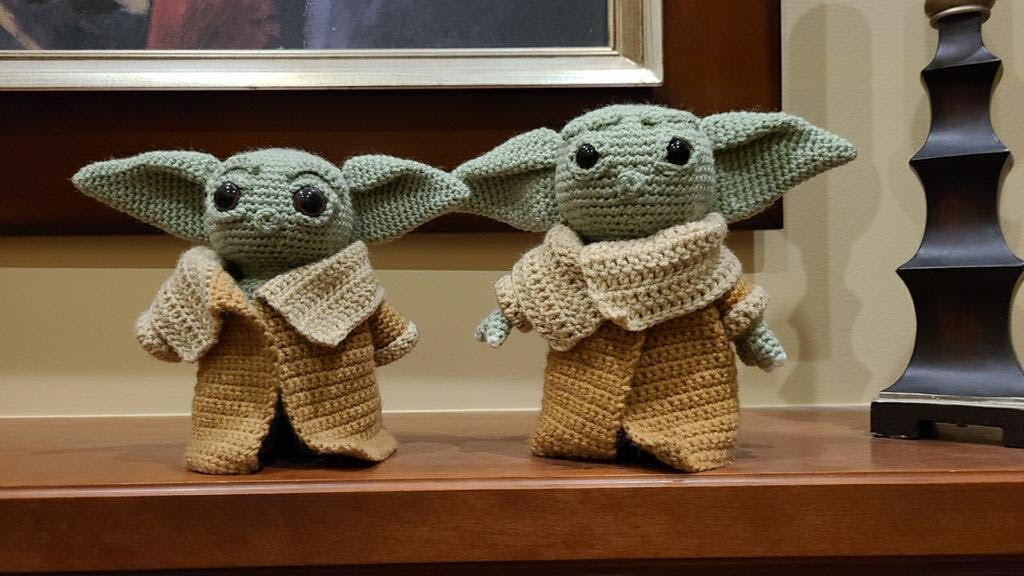 Untangling long skeins of yarn and having a large array of hooks are just some of the fun joys of crocheting. For many, crocheting became a fun hobby to start or get back into during this period of isolation.

Senior business management student DJ Smith started crocheting back in 2013 when she lost her job. Because of this, Smith became depressed and looked to stress-eating to cope. Looking for a way to cope differently, Smith turned to crochet to grapple with her sadness and stress.

“At the time, I had just lost my job, and I was going through basically depression, you know, there’s no nice way to say it,” Smith says. “It sounds corny, [but] it kind of gave me a purpose.”

Smith, who also works as an administrative clerk in the graduate programs office at Kent State, began getting involved with Knitting For Those in Need, a volunteer group on campus that makes hats and scarves for local organizations. She continues to make hats and scarves for the group and finds the experience to be beneficial.

Megan McSweeney, a junior journalism major, says she was inspired to get into crocheting after seeing people on TikTok recreate the JW Anderson patchwork cardigan made famous by Harry Styles.

For McSweeney, crocheting is a great way to refresh herself and do something relaxing.

“Definitely just shutting my brain off for a little bit just helps me forget about all the things that I have going on as well with school and work and stuff like that,” McSweeney says.

Many even turned their love for crocheting into a side hustle. BrieAnna Reedus, a junior nursing student at the University of Cincinnati, started crocheting around fifth or sixth grade, but did not make her work into a business until the summer of 2020.

“This summer, I said, ‘You know what? I’m gonna make money off of this,’ because I don’t have a job right now, I’m a full-time student and people like handmade objects,” Reedus says. “It’s been interesting getting it off the ground … During a lot of the Black Lives Matter and police brutality protests, I sold a bunch of black scrunchies and donated the proceeds to various bail funds around the country.”

Reedus is involved in the club UC Knits, similar to Knitting for Those in Need at Kent State, and donates hats and scarves for service hours.

These three women are all self-taught and learned to crochet from websites and books. For those who are looking to get started, Smith recommends using tutorial websites to learn the basic stitches and how to read patterns. She used the website Crafty Minx to get the basics down.

One of the most challenging parts for Reedus when learning how to crochet was being able to create something without using a pattern.

“Some people know how to just look at something and make it,” Reedus says. “I didn’t get that skill; I haven’t figured that out yet.”

If you are even considering starting to crochet, Smith says to go for it with no hesitation.

“[Crocheting] isn’t just for old people, and it’s not just for females,” Smith says. “It’s okay to be creative and find that source of creativity and relaxation, and it doesn’t matter what gender you identify with or your age. It’s been really beneficial for me, and I think it would be good for other people to consider it.”

Molly Heideman is a senior journalism major from Avon, Ohio. This is her first semester writing for The Burr and currently serves as the general assignment editor for The Kent Stater and an editorial intern for Akron Life Magazine. Molly has always had a passion for writing and would write short stories and poems growing up. When she’s not writing or reporting, you can find her making a new Spotify playlist, crocheting or taking walks around campus. You can contact her at mheidema@kent.edu or follow her on Twitter at @mollyhjmc.

Tips For Studying: Dangers Of Cramming For Tests
They’re Not Quirky: Podcasts about They Might Be Giants