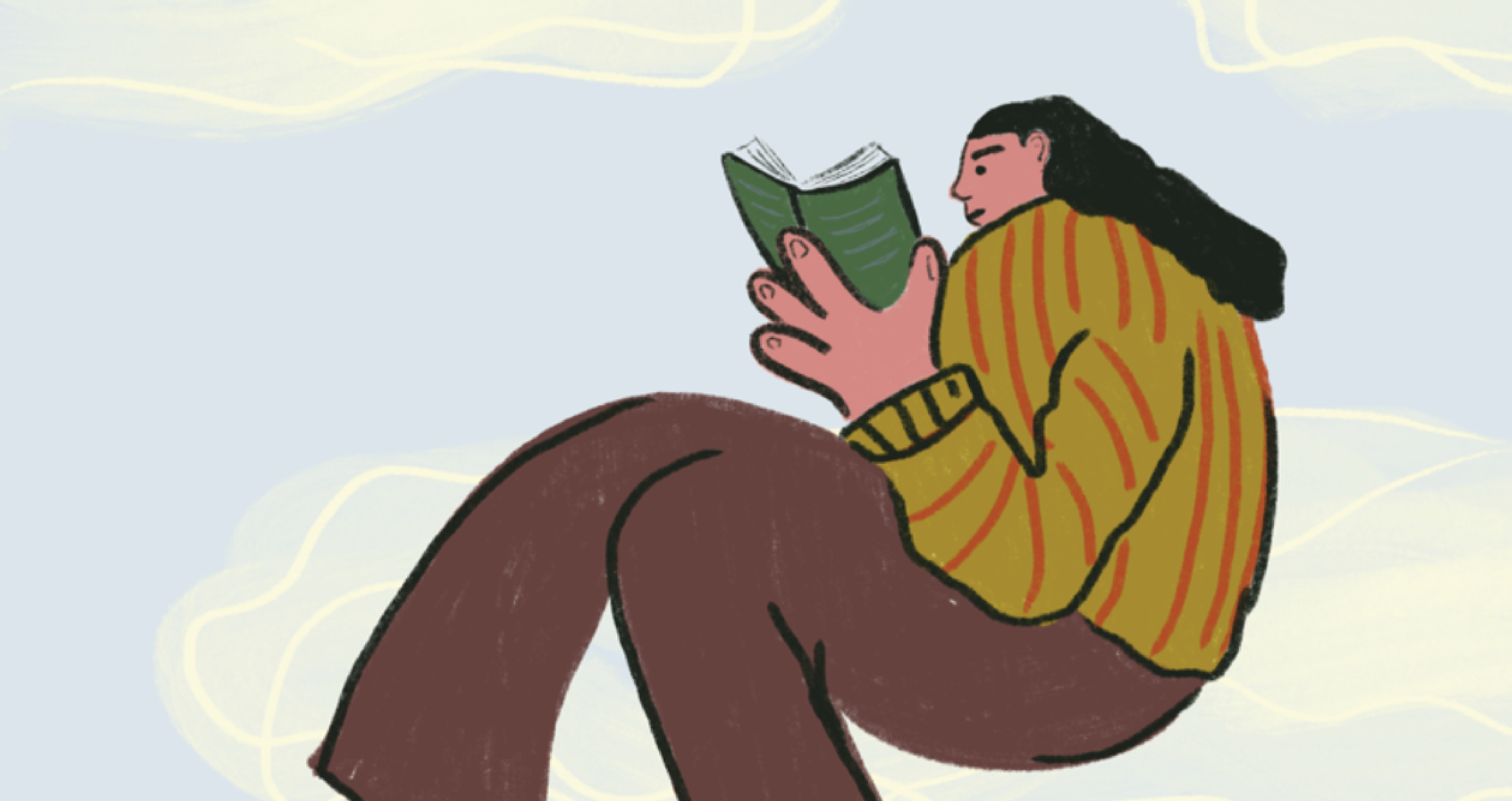 No matter how old I get, rereading one of my favorite childhood books will never fail to provide a warm wave of serotonin boosting nostalgia. Sometimes this feeling is supplied by a board book my parents swear I was enamored with as a toddler. Other times, it appears in the form of  the fast-paced young adult books I read by the stackful in middle school. No matter the source of this sentimentality, I’m a firm believer that picture books aren’t just for kids.

I’ve decided to kick this blog off with what I would consider my ultimate nostalgic reread: “The Hunger Games.” For those who haven’t experienced “The Hunger Games,” warning, there are plot explanations and possible spoilers ahead.

I first read “The Hunger Games” in fifth grade. It was my first big kid book and served as a gateway to the world of young adult literature, or YA. Through the trilogy and quick-growing fanbase surrounding it, I became hungry for all things Hunger Games.

The book takes place in Panem, a dystopian version of the United States. Each year the wealthy ruling Capitol selects one boy and girl from each of the 12 districts to fight to the death in the Hunger Games. Our protagonist, Katniss Everdeen, takes the place of her younger sister to compete in the games alongside Peeta, her eventual love interest. Throughout her time competing, she merely tries to stay alive and stay true to herself. However, her actions end up inspiring the districts into inciting a rebellion against the tyranny of the Capitol.

I think the aspect of “The Hunger Games” that largely sparked its success is the narration style. The story is told through the present-tense, first-person perspective of Katniss, which makes it simple to read and entertaining. As a young reader, this ease helped eliminate the frustration that accompanies difficult text. As a college student, it serves as a welcomed respite from required reading.

When I was young, Katniss was my biggest role model. Her character is 16 years old, and at the time, 10-year-old me thought that meant she was very mature. Now, on the verge of turning 19, I realize just how young the children in the games are. And with two younger sisters myself, Katniss’s all-consuming need to protect her sister, Prim, is incredibly relatable.

The biggest difference between my reading experience as a child and my experience this time around was my perspective on the love triangle between Katniss, Peeta and Gale, Katniss’s best friend. I’m ashamed to admit I wanted Katniss to be with Gale after reading book one for the first time. Anyone who is a fan of “The Hunger Games” knows this is practically sacrilege due to events later in the series. However, I was convinced that Gale was more similar to Katniss than Peeta and, therefore, a better match.

Being older and witnessing the relationships of people around me, I realize warm-hearted Peeta is the perfect foil for always-intense Katniss. Their romance is more compelling to me upon reread, and I can see the forced nature of the love triangle. Gale could never be a suitable match for Katniss, because their similarities would’ve eventually become the traits that drive them apart.

It’s interesting that I found the relationship between Peeta and Katniss lack-luster when I was younger, because I now believe it’s one of the most honest aspects of the book. It perfectly mirrors real life relationships and the adage “opposites attract.” I think this notion can be better understood as an adult reader.

Sometimes, stories can become obsolete to us when we are older. Sure, we may still enjoy the reading experience, however, the events themselves may no longer have the impact they once did. In the case of “The Hunger Games,” I believe the opposite is true. Different perspectives are considered when we are older and therefore, different takeaways appear. Although I appreciated other aspects of the book when I was younger, I still believe the story was valuable this time around.

“The Hunger Games” was only the first of countless YA dystopian series that the entertainment industry tried to make into a money-making franchise. For example, “Divergent,” “The Maze Runner” and “The 5th Wave.” Despite all these subsequent attempts, no series could quite crack the code like “The Hunger Games” did. This is one of the many reasons it will always be a memorable story that holds its own against the test of time.