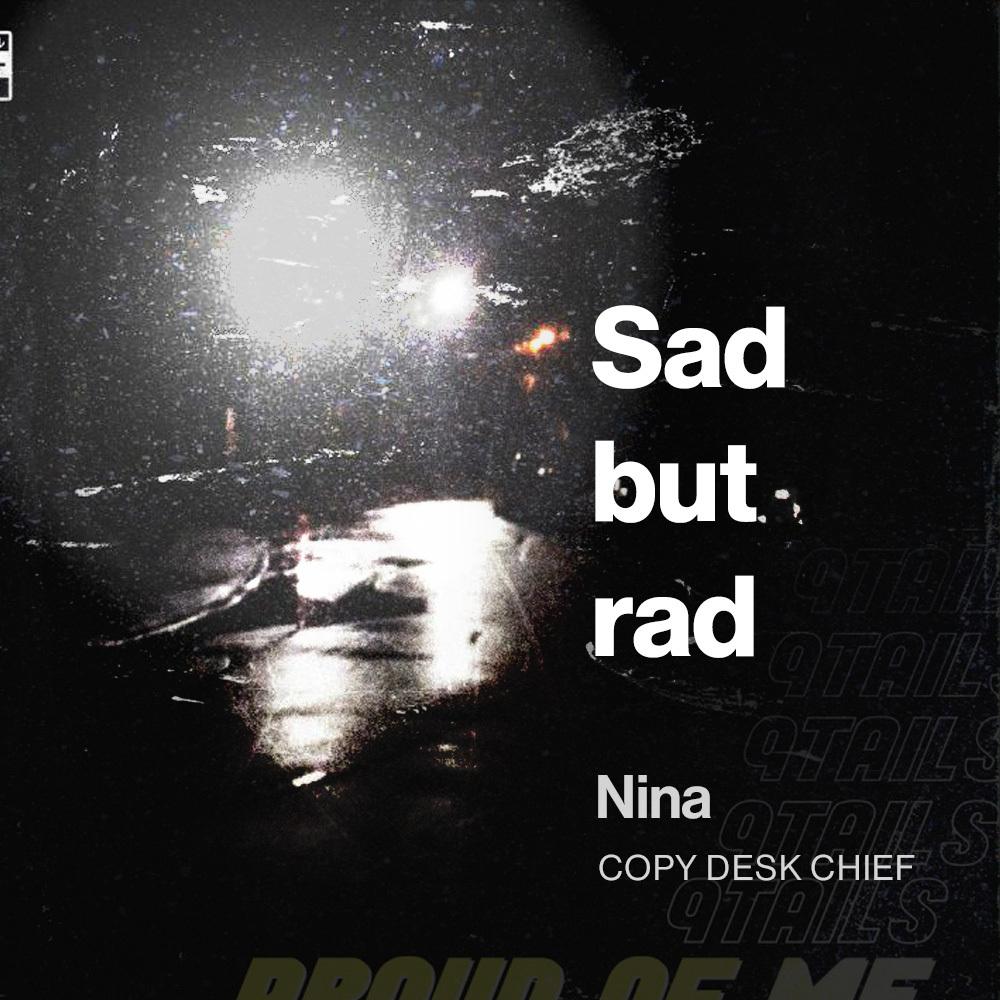 I have a confession to make: I am an unironic SoundCloud rap enthusiast.

There, I said it.

Let me elaborate: When I was younger, my music tastes were certainly more traditional, though I may have liked to think I was more “alternative” than most of my grade-school peers. I saved my allowance to buy Fall Out Boy CDs at Barnes & Noble and rocked out to my dad’s old Green Day albums on long car rides, but I also watched “American Idol” and listened to the local pop radio station all the time.

Around my sophomore year of college, my life started to change drastically, and I noticed that my music tastes did, too. I stumbled upon the music of Vermont-based emo rapper nothing,nowhere. and fell in love with the harsh but beautiful sound of his spectacular 2017 debut album, “Reaper.” I identified with the feeling of being young and yet lost, aware that the world is a mess with little idea how to proceed from that realization. From there, I was introduced to a slew of underground artists, and the rest is history.

When you know where to look, you can discover a lot of “SoundCloud rappers” who rise high above that label as a derogatory term for “talentless teen mumble-rapping in their bedroom.” SoundCloud hosts a number of brilliant artists, and just because they started small doesn’t mean they are not good. Keep your mind open and follow me down this SoundCloud-rap-heavy rabbit hole.

The hardest part of completing my editor’s playlist was figuring out how to represent the artists I love without being too repetitive. Case in point: 9TAILS racked up 171 songs on his SoundCloud, not even including features and unreleased tracks, before he quit this alias in December 2018. I found out on Monday of finals week, and I cried in the library. His musical repertoire is vast, fun and often brilliant. It was incredibly difficult to pick just a couple songs. I selected this song because it was one of the very last ones he uploaded, and its themes of success and fear throughout are highly relatable: “if I make it, I really hope that you’re proud of me.”

Remember 9TAILS? He’s sewerperson now, and his music is just as incredible as it used to be. A few of his tracks are available on Spotify, but if you are a fan, SoundCloud is the place to find him. Plus, with this particular song, you are in luck, as the perfectly moody music video for it, sewerperson’s first, was recently released on YouTube.

“im so sick of this,” guccihighwaters

guccihighwaters is another one of my favorite SoundCloud-based artists, and this track that essentially launched his career does not disappoint. It’s an anthem of frustration that I think every emo kid at heart will identify with.

The first time I heard this song was at a nothing,nowhere. show, as shinigami was one of his opening acts, and I have loved it ever since. You may not think “lullaby trap” is a genre that could ever be worth listening to, but I offer this song as proof you should reconsider.

If you are looking for a new go-to workout song, I suggest you try this song. It is fast, loud and will get you hyped like few things can.

One of the standout songs on “Reaper,” this song is a testament to those difficult transition periods in life (like college!): “I’m not so sure about anything anymore / I guess I got what I asked for / And I’ve been so sore / from always sleeping on the floor / I don’t wanna do this anymore.”

Have you ever had fake friends? Lil Lotus knows your pain.

Though this may be an older guardin song, it’s still one of my favorites. It has such a chill, melancholy sound that I really enjoy.

“whatever it takes,” convolk (feat. 9TAILS and guardin)

These names probably look familiar by now, don’t they? The sample in the song might sound familiar, too, but even if it doesn’t, this chill jam became a smash hit in the underground in 2018 for good reason. The music video is also guaranteed to make you smile. Just guys being bros.

skele has been making music for a while (much of which can be found under lil skele, his old alias), and he’s definitely one of my artists to watch closely in the near future. This is another good workout jam, as well as a good general jam when you need one.

This song is both highly relatable and a lot of fun to listen to, not like I expect anything less from guccihighwaters. It also speaks a lot of truth: “Still searching for myself, is it worth it? / I’m still learning about myself as a person.”

This song shows off nothing,nowhere.’s swaggering side, and it is a total bop. The original is catchy and fun, but if you’re in the mood for something different, you can check out the absolutely stunning stripped-down one take.

“Fourth of July,” Fall Out Boy

I’ve grown up a lot since I used to listen to Fall Out Boy incessantly while plugging away at my algebra homework, but they will always have a special place in my heart. This song, from their “American Beauty/American Psycho” post-hiatus album, demonstrates that while they may not be as punk as they used to be, they still have a lot of soul.

If you don’t know who EDEN is yet, let me tell you that his music can only make your life better. The project “drugs” is from, “i think you think too much of me,” is a stellar collection of music that is worth your time and your ears.

This was the song that proved that, if it was not clear before, sewerperson means business. This track starts going and it does not stop.

It makes a lot of sense that I am a big fan of this song, since it combines my two favorite artists. If you like this track, the joint 9TAILS-guccihighwaters 2017 project “November” has four other tracks that you should check out. “gtg” has a great, moody sound with the one-liners to match: “Kraft macaroni cooking up on the stove / I got nowhere else to be, but I’ll say I gotta go.”

I spent a lot of time researching and listening to Lil Peep when I was writing my senior thesis, which focuses on emo rap and mental health (yes, you read that right), but no matter how many times I listen to this song, it still gets me.

I like to listen to this song when I need a throwback to my better high-school days. I personally prefer the version sans Kendrick Lamar, but you’re free to disagree.

Many up-and-coming SoundCloud artists are open about the growing pains they’ve experienced as their fan bases have expanded, and guardin is no exception. This song has a venting quality to it, but it still makes for a good tune.

I thought about ending this playlist on a high note, but instead, I decided to leave the last slot to showcase this soaring heartbreaker. No matter how many times I have listened to it, it still hits me right in the feels. Also, you will probably encounter people out there who try to tell you, “SoundCloud rappers can’t sing, they can barely even rap!” If you’ve listened to this song, you will know that those people are wrong.

Nina is the copy desk chief for The Burr. She can be contacted via email at npalatte@kent.edu or via Instagram @ninaepwrites. 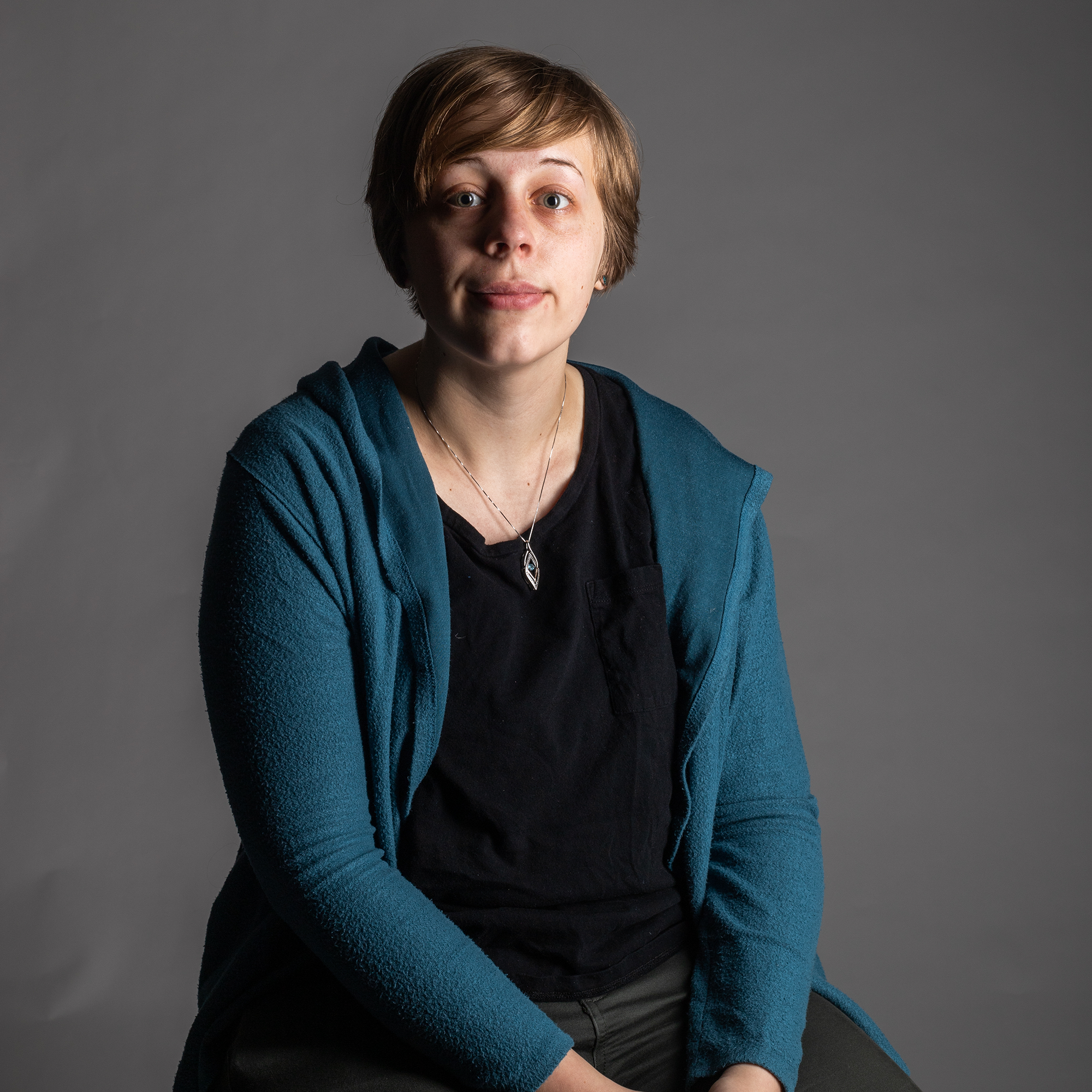 Nina Palattella is a senior English major with minors in writing and digital sciences. This is her third semester working for The Burr and her second semester serving as copy desk chief. Nina is the editor in chief of Brainchild, the literary and arts magazine that publishes the work of honors students attending schools in the Mid-East Honors Association Region. She is also the writing intern for the Kent State University Honors College. She has previously served as an editorial intern for New American Press and an editor for Luna Negra. Her works of fiction and poetry have been published in journals such as Luna Negra and Scribendi. Contact her via email at npalatte@kent.edu or see what she is up to on Instagram @ninaepwrites.