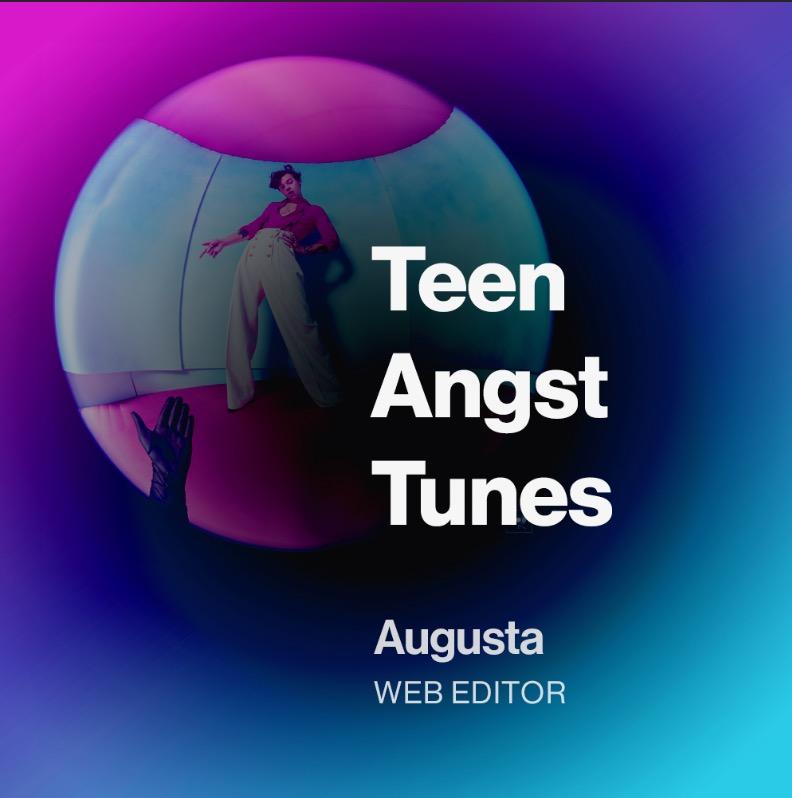 To start off a playlist with all my current favorite tunes, I included the best song off Harry Styles’ sophomore album. While others might opt to keep “Cherry” or “She” on repeat, my choice of poison is “Canyon Moon” because of its unique folk sound. None of the other songs on “Fine Line” have this same sound, which makes it stand out to me.

If I am being completely honest, despite being fully aware of BROCKHAMPTON before hearing this song, the first time I heard this song was on TikTok. Featuring Ryan Beatty’s vocals, this song is the perfect thing to play when you are trying to lull yourself to sleep. Or you can listen to it on TikTok as you mindlessly scroll through videos for hours upon hours.

At first listen, this song might seem to be about the band’s political stances, but, while that may play a part, it is actually about the NHL. As funny as it sounds, Green Day recently entered into a partnership with the NHL and “Fire, Ready, Aim” is the opening theme song for NBCSN’s Wednesday Night Hockey. Basically, this song combines my love for Green Day and hockey into one fiercely poetic jam.

This song is the perfect song for college students because Roy is struggling with maintaining relationships while coping with depression as his life is rapidly changing. He worries the person he is talking to will not stay long enough for him to get out of his depressive state. I love this song because it has a deep message hidden behind a pop-dance track.

Taking it back to 2015 with this rock anthem, “Coffee Talk” is sort of the polar opposite of “Dennis.” With the crooning rock vocals of singer Oliver Baxxter, this song reflects on the best parts of relationships—“Lately, all I wanna do / Is lie around with you / And complain about the youth / How we’ll never leave your room /Tell me everything that bothers you.”

“Love Will Tear Us Apart” by Joy Division

“Love Will Tear Us Apart” can be interpreted in many different ways, but I like to think of this song as a reminder that people grow apart and relationships change. While our careers and ambitions pull us away from the ones we love, we must either adapt to the change or fight back and write our own future.

Wanderwild is a small indie rock band from Georgia that is carving out a new sound for themselves. “In Repeat” is the exact kind of song I imagine playing in an ‘80s coming-of-age film, and the guitar riffs make me want to jump on my bed like when I was a rowdy kid who did not want to go to sleep.

This song is a soothing lullaby, perfect for playing at bedtime. It is no secret that Lorde is an amazing singer-songwriter, but this song really proved that “Melodrama,” could hold its own against her debut album, “Pure Heroine,” which was arguably one of the biggest generation-defining works of art.

This song is about being lonely, and nothing in it is more telling than the line “Faking a smile now / Been here for a while now” which, if you listen closely, is a play on the part from Colbie Caillet’s “Bubbly”: ‘It starts in my toes and I crinkle my nose / Wherever it goes I always know / That you make me smile, please, stay for a while now.’

“I Wish” by Hayley Kiyoko

I will be the first to admit that I loved Hayley Kiyoko since she was in Disney Channel’s “Wizards of Waverly Place” and “Lemonade Mouth,” but in the last couple of years, she has shown that she can also take over the music industry. Her latest album release, “I’m Too Sensitive For This Sh*t,” proves just that, and “I Wish” is the standout song in my eyes.

“Ain’t Together” by King Princess

Mikaela Straus, stage name King Princess, is no stranger to hit songs, as “1950” was played on the radio every day for weeks on end last summer. “Ain’t Together” is perfect for every situation. Straus says it herself, describing the song as “cute and sad, perfect for any occasion. Wedding, funeral, corporate function, lesbian séance.” Catch her opening for Harry Styles on the European leg of his world tour this summer (finally!).

Dayglow is the product of 20-year-old Sloan Struble and, while Dayglow literally does not have a bad song, “Hot Rod” is by far my favorite. It is the perfect groovy indie song and radiates happiness, making you feel warm and fuzzy inside. That being said, it is very fitting that the album’s name is “Fuzzybrain.”

“Something For Your M.I.N.D” by Superorganism

Superorganism is a chill electronic DIY group, and this song is a trippy mashup of many different sounds. It is a fizzy and refreshingly futuristic take on electronic music. If this song is not your new favorite song now, I must be doing something wrong.

YUNGBLUD is known for his intense, head-thrashing songs, but the unplugged versions offer a special look into the lyrics and the meaning behind the beat. Especially with the song “Anarchist,” the unplugged version gives you a look at how dangerous drug addiction is and how it makes you undeniably delirious.

“play the part” by ROLE MODEL

This song talks about fake friends and not knowing whether people’s intentions toward you are good. Brooding singer-songwriter Tucker Pillsbury is a unique gem in the music industry, and his newest project “oh, how perfect” will inspire you to become the most honest version of yourself possible.