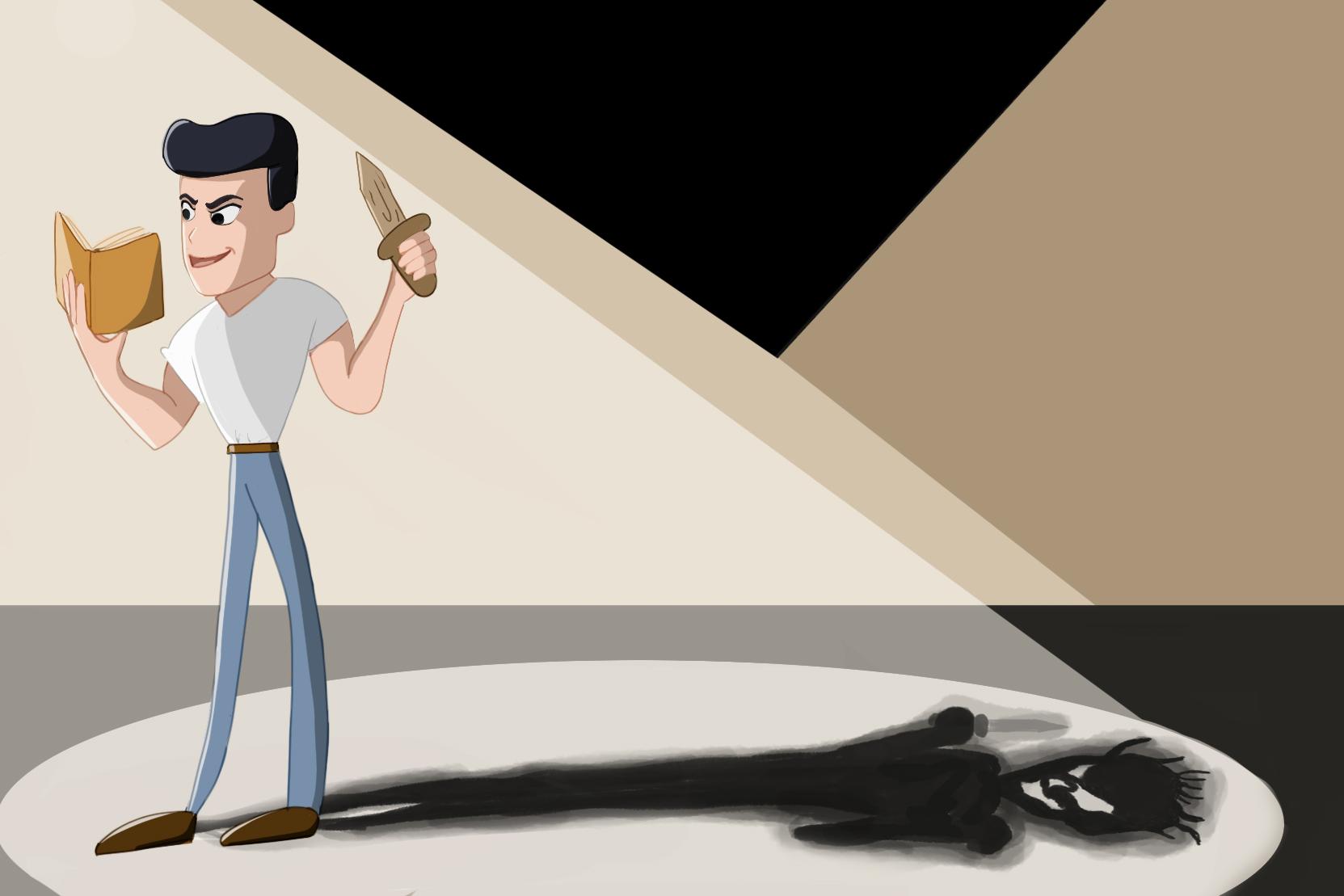 Pop culture has the power to impact viewers in a variety of ways. Maybe you watched “Gossip Girl” and started incorporating headbands into your wardrobe because Blair Waldorf made them look so good, or you watched “Euphoria” and went through a glitter eyeshadow phase. Most of the time, pop culture’s influence is pretty harmless, but what about when it is not?

Like many people, I love true crime documentaries, and as streaming services continued beefing up and releasing their own original content, it felt like there was a new true crime limited series or documentary to watch everywhere I turned. And watch them I did.

While these are crimes that actually happened and there is a certain level of respect and empathy due to the victims and their families, I love them, because they are suspenseful. I get to watch and think through the case myself and try to solve it as I go. Also, there are sometimes psychological issues at play, and as someone who really enjoys the field of psychology, it is interesting to hear professionals talk through specific cases.

Through all of my true crime consumption, I started to notice something, but it did not really stick out to me until I watched the 2019 Netflix original movie “Extremely Wicked, Shockingly Evil and Vile.” It is about the notorious serial killer Ted Bundy and is told from the perspective of his former girlfriend, Elizabeth Kendall, who refused to believe the truth about him for years. Zac Efron plays Bundy, and they do share a resemblance, but I think using someone like Efron to portray someone like Bundy can get messy fast.

Efron was on People Magazine’s list as one of the hottest men alive, star of the “High School Musical” trilogy and “Baywatch” and definitely the type of guy you would read about in Teen Vogue and gush over with your friends. When you see him in this role that is meant to be serious and document the life and times of a literal murderer, it can be hard to separate the two. The line between “Ted Bundy was a monster” and “Ted Bundy was so hot” can get really blurry, and that is not the intention of telling these stories.

According to those who knew Bundy, he was very charming and charismatic and radiated attractive confidence. He was also fairly intelligent, and all of these traits led to crowds of women gathering outside of the courtroom while he was on trial in the 70s, professing their love for him while in complete denial of all the horrors he was responsible for. One of Bundy’s most infamous admirers, Carole Boone, who actually married Bundy while he was on trial, is a prime example of that twisted sense of denial. However, the Ted Bundy “fan club” did not stay in the 70s.

According to an article from Psychology Today, there are TikTok trends where young girls role-play as a victim of Bundy and put on makeup to resemble bruising from an “attack.” “Putting aside the outright insult to genuine victims, what’s going on in these girls’ lives that makes the idea of being raped, battered and murdered entertaining?” the article states.

These girls who romanticize Bundy today share in that same sense of denial that maybe if he were around today and with them, he would be a different man and maybe they could change him.

Some people think this is an example of hybristophilia, a paraphilia in which a person is sexuoerotically attracted to a person who has committed an outrage or a gruesome crime, also known as Bonnie and Clyde syndrome. It is like a really extreme and dangerous end of the idea of having a thing for “bad boys.”

According to Psychology Today, if it were hybristophilia, “these girls would form the same fixation on other killers, including unattractive ones. This hyper-fascination with killers like Bundy grows from media portrayals of him as a handsome, articulate man who could sometimes be gentle and caring. It generates a yearning in some girls to be with him, emotionally and sexually.”

Bundy, and men like him, are just ordinary people before the media picks them up and creates a new narrative about them. Headlines like “All-American Boy on Trial,” archived from a Dec. 1978 edition of The New York Times, hold the power to alter people’s perceptions. Aside from the brutal crimes, sure, he was just an “all-American boy,” but a more fitting headline could have incorporated the words “serial killer,” “rapist,” and “30 victims and counting.” Maybe that would have changed the way people perceived him.

According to New York Daily News, “Documentaries, films, and novels that give attention to the serial killers only build upon the minority of people who become obsessed—and create ‘celebrity monsters’ out of the serial killers.” However, this celebrity status comes with a price, and when serial killers become “pop culture figures,” it separates them from their crimes and who they really are. For an example like Bundy, who spent his entire trial soaking up all the media attention he could, it turns him into a larger-than-life character, rather than a criminal.

Bundy was executed over 30 years ago, yet we still talk about him. Of course, part of the reason why we still talk about him is because his victims and their families—regardless of how much time has gone by—will always be deserving of respect and empathy. Due to the countless movies, books, shows, documentaries and other references in pop culture, Bundy is practically a household name that everyone is at least vaguely familiar with. People are unfortunately more familiar with his name than his victims’, and all that really does is hurt the victims and their families for a second time.

Serial killers like Bundy practically have their own filmography when you tally all the pieces of media about them, and more often than not, they are portrayed by attractive actors we know and love: Efron as Bundy, Darren Criss as Andrew Cunanan, Evan Peters as various cult leaders like Jim Jones and Charles Manson and Ross Lynch as Jeffrey Dahmer. While the perspective may change, these stories are told with the serial killer as the main character, and if the way they are portrayed is not carefully constructed, they can easily—and hopefully unintentionally—appear to be the protagonist while completely disregarding the victims.

Perhaps the key to shifting the twisted perception of these men is to change the way they are portrayed in pop culture. If we do not just pluck the first available heartthrob from the pool of applicants, maybe viewers will not have a connection or attraction to them. Especially when it comes to someone like Efron who was already established as fan-favorite eye candy before portraying Bundy.

In addition to thinking twice about how these criminals are portrayed, maybe we should also be giving their victims—both living and dead—ample screen time. People who have violent romantic fantasies may not be swayed. Generally speaking, if someone who knew Bundy personally, or escaped him during an attack, told their story and described him from their own experience, not only may it be more accurate, but it also would not sensationalize him like we have been doing for over 30 years.

“Celebrate America”: Music Of The Inauguration
Here’s To New Beginnings