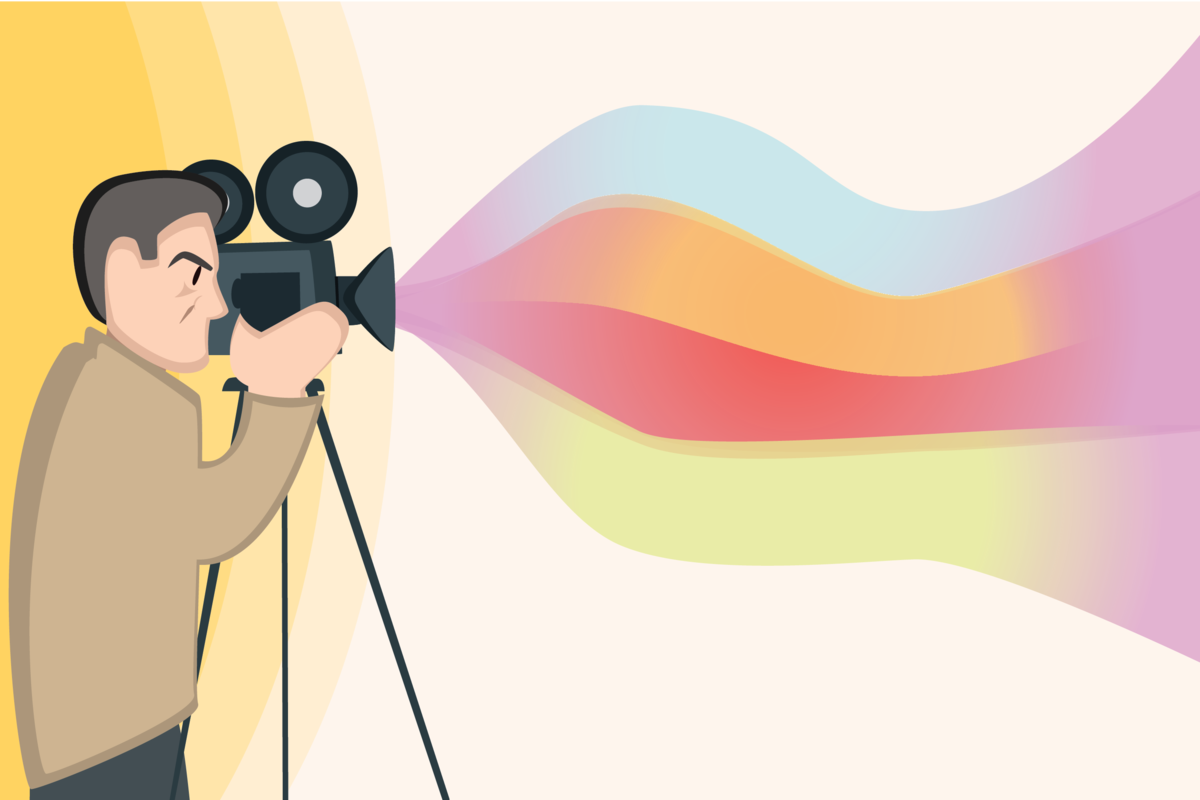 Life in 2020 feels fantastical, bizarre, tragic, comical. Therefore, what better time to dive back into the films of Federico Fellini? One may believe that through his well-known fantasy and dream sequences, his films represent a flight from reality. If this was the case, no one could be blamed for finding recourse in them, as escapism is a decent method of dealing with what’s going on. As it happens, though, that is not the case. Fellini movies aren’t flights from but plunges into reality. He shows us more than any gritty realism, not less, and in our fantastical present, he’s worth reconsidering.

It’s understood that he began his career in the Italian neorealismo tradition and then in the ‘60s and ‘70s began to branch out into movies that earned him a suffix on his name. However, even in those early (quasi) neorealist films, one still feels a magic, a love for the largeness of life — which I would argue is the principal characteristic of his work — as opposed to a naturalist exposé like “Bicycle Thieves.” Consider “La Strada.” Let it not be said that Fellini’s films shy away from human suffering; Gelsomina, after the death of her sister, in a dirt-poor family, is sold off to a life assisting the gruff and violent traveling showman, Zampanò. It’s a brutal situation, but there are still moments of transcendence that cut through the ragged poverty which the characters are forced to endure.

The Fool, hated by Zampanò, talks to Gelsomina, convincing her (perhaps wrongly, in retrospect) that she should stay with Zampanò, that he’s not so bad after all and that she herself has a purpose in life. This continues in the Shakespearean tradition of the fool actually being the wise one. Just as Gelsomina is completely down and out and depressed, The Fool told her, “You may not believe it, but everything in this world has a purpose. Even this pebble … even you. You too have a purpose.” It’s a transcendent scene showing the great director’s sympathy not only for the oppressed like Gelsomina but the bad guys like Zampanò. The ending is devastating but does not detract from the heartening perseverance and occasional genuine pleasure that the characters display and find despite throughout their poverty.

In what is often considered his best film, “8 1/2,” Fellini turned his personal difficulty in making his next film, along with his famous infidelity to his wife, into the film. It follows Guido, a middle-aged director, during the early stages of production, trying to balance his mistress, his wife, his producer, his vision, actors and actresses. We see this man slowly slipping out of control.

The film “8 ½” is self-conscious in the best ways. Fellini ironically dumped criticism of him — which would only increase after this film — onto Guido, as when people tell him his movies are contrived, overwrought with symbols he doesn’t fully understand, with no guiding philosophy, this latest being “the most pathetic demonstration ever” suffering from “an impoverished poetic inspiration.”

Guido is told by a critic that his new script proves “that cinema is irredeemably behind all other arts by 50 years.” Ironically, in this very film, released in 1963, one experiences the deep interiority of a character’s consciousness as begun in Modernist literature alà James Joyce approximately 50 years earlier. Like Joyce in “A Portrait of the Artist as a Young Man,” Fellini didn’t go easy on himself, and he didn’t lie. Guido is a self-pitying philanderer whose fantasies we see consist of his wife, Luisa, and mistress becoming friends and him living in a harem house. We also see a more tender side, like Guido’s speaking with his dead father, and his memories as a child: dancing with a prostitute, wearing a dunce cap, staying up late to say the famous spell “Asa Nisi Masa” with his cousin — which will make a painting move and reveal gold. This last part, Asa Nisi Masa, is so imprinted on Guido’s mind that a psychic mind reader reveals that phrase is what he’s thinking about. If you remove the second syllable of each word, you’re left with anima. There’s some Jungian stuff there, which Fellini dabbled in. Jung’s anima is the feminine subconscious characteristics of men, and in this childhood memory, Guido is bathed and pampered, just as he is in his harem fantasy. But Jung is, frankly, full of it; anima originally meant soul, as in the Latin translation, “De Anima” of Aristotle’s “Peri Psyches.” This is, I believe, a fuller explanation of what we see in Guido: his soul on the silver screen, even if that silver now refers to that of a MacBook Air.

Guido says at one point that he wants to make a completely truthful, honest film. Therefore, we are not to understand him in Fellini’s film as some moral hero but as midway on life’s journey like all of us. At the end, Guido has a moment of clarity, abandons the movie, asks forgiveness of his wife and commits himself to loving her. “Accept me for what I am, if you can,” he told her, and she replied, “I don’t know if what you’ve said is right, but I can try if you help me.” At this moment, Fellini’s beloved clowns arrive, and the bloated battleship — which cost millions of dollars and signified the crushing weight of the film on Guido throughout — now becomes the site of a circus, a big circular song and dance in which everyone holds hands.

His biographer and friend said it best: “Fellini is incapable of hating anyone, even the Fascists; he’s left to depict them as clowns only slightly more sinister than the rest of the clowns.” And this of a man who was forced to come up during Mussolini’s reign. That period in his life is beautifully portrayed in the sentimental picture “Amarcord.” Despite the terror and tumult that come with living under a fascist regime, Fellini found the little things and blew them up to where they become larger than life. Puffballs floating through the air at the start of spring, a disciplinary phone call ruining family dinner, a bonfire — Fellini took these ordinary moments and made them something greater: something beyond.

There’s still tragedy, as when Aurelio, the father of the main character, Titta, is questioned by the Fascists and forced to drink castor oil or when one of the main characters dies, but it never triumphs over the comedy and the little joys. Consider the scene in which the townspeople go out to sea in boats to watch the passing of the SS Rex while Nino Rota’s theme swells. There’s absurd comedy, like when Titta is overwhelmed and suffocated by the size of a woman’s breasts in front of a parody mural of Dante Alighieri. There are dream sequences involving car races and concubines. Then the tragicomic as when Titta’s uncle, confined to an insane asylum, climbs up a tree and screams over and over, “I want a woman!”

Fellini was far from perfect as an artist and a man. Many of the criticisms are correct especially in his later films; he was a navel gazer, and his movies devolve into meaningless absurdities without any redeeming arc. At his best, in “La Strada,” “8 ½” and “Amarcord,” he presented an outlook of life in which tragedy and comedy together, a joy encapsulated in what Guido told Luisa at the end of “8 ½:” “Life is a celebration, let’s live it together.” In an interview with film biographer Charlotte Chandler, Fellini told her, “My films, like my life, are summed up in circus, spaghetti, sex and cinema.” His was a vision from which we would all profit. He truly was a director for our time.