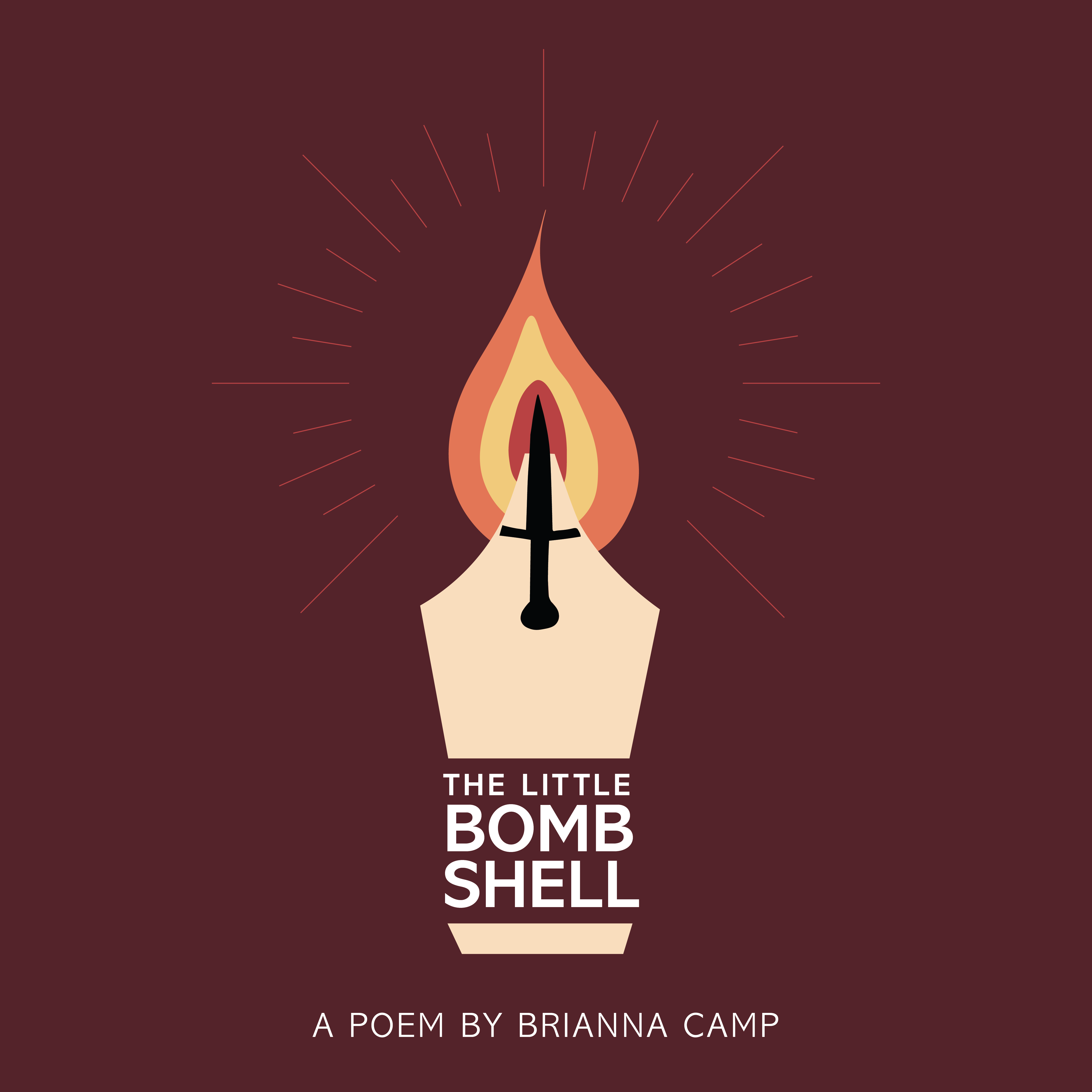 My name is Brie, and I want to introduce myself to you through one of the most connective ways I know how: poetry. I know it may not be to everyone’s taste, but for me, the words are like a pot boiling over in my brain, so if I don’t share them with anyone, I may just combust! Please accept my bites, bits and bobbles as a gift from me to you to prevent such a catastrophe. Before reading, you might want to know about me … or you may not, but I’ll tell you anyway!

Here’s the thing: concrete labels have never been something that holds my interest. However, the one thing about myself that I did know for sure as a young person was that I was not the kind of “normal” that my small-town upbringing expected me to be. I knew I wasn’t like other people in town, because I hadn’t come across anyone who felt the same way as I did (yet). I grew up in a small town, in a house of tumultuous familial hurricanes, where people like me didn’t get a clear-cut label. Regarded, yet invisible too. Growing up, it felt like no matter what I did, I could never escape toeing the line of “acceptable” behaviors for boys and girls, so I adopted a meek persona. A mask that would hide who I dreaded being, away from prying eyes. I was a good girl who did as others told her to do. One that wanted the normalcy she saw everyone around her supposedly enjoying.

Of course, that little girl was so wrong about what being normal is like and feeling lonely never meant she was alone, but this poem, “The Little Bombshell,” is about being fed-up with the binary gender roles that I thought I had to buy into complying with; the same gender roles that said I couldn’t speak up at home when I saw things that weren’t okay, weren’t right and surely weren’t fair.

When I wrote the original version of this poem, I was a senior in high school and felt that I still didn’t know myself. I have begun to come into who I thought I was, though, and felt that pressure many young people feel to be a certain way; to act how others expect you to act. Although Icame across more people like me, a community to lean on, I was still so frustrated. Being an angsty teenager and a writer, the only way I felt I could communicate those frustrations with the labels given to me was to put it all down on paper.

Although I’ll likely always be in a natural state of “figuring things out,” I have started to accept that the way others see me is out of my hands. I can only tell people how I want to be treated and share stories in the process. Today, I have mostly come to terms with labels and understand how they can be both harmful and helpful. I want to share this poem with you all, because maybe some of you feel that

lonely pressure. Perhaps you want to feel seen, heard, known. I hope that, even in some small way, this can accomplish some of those things. If not, I hope you enjoy it nonetheless.

The Little Bombshell
By Brianna Camp

I am not my father’s daughter,
Nor my mother’s son.
I am something in between
That cannot be undone.
My pen is like your wrench,
A rolltop writer is my workbench.
Together, you and I, we’re a portrait etched.
Never-fix-ed visions of us, but only at our best. And no matter how apart we’re stretched
Those glaring fists I still feel, again and again, clenched.
I embrace my spoken skill rightly, but am labeled- a brand The “quirky”, “creative”, and “lonely” one of our band. I’ll not forget your firm-held grasp on my scribbling hand. You say to me, come on back now, come back to land.
As dainty as that little pen of mine may seem
The stories I’ll tell will ceaselessly scream.
And the dreams alive in me will contest
That patriarchal panel of men esteemed
Judges and juries, they lovingly dismiss and unworthily deem. They will heed the roar of pens unbridled, reigning supreme.
I’ll not apologize for your current disappointment. Because although at times you’ll find me disjointed, I chose this wandering word-filled life of mine. And maybe if you listen closer next time,
Line by line, you’ll come to know
Those same paved pathways of the wandering kind That come alive for me daily, tormenting my chaotic mind.
Now in my disillusioned rhymes: your words mean less.
And I’ll confess, I’m contrary to your concept design,
But she was a mess of worry and guilt, a mind in a body that’s only a guest That now knows no borders of those roles engendered, ingrained by sex.
So you see now, I’m nobody’s bombshell, I am the bomb. Watch the eruption and hear the sound; progressions.
Like the church’s brazen bell meeting your ear; singing its psalm. I’ve got nothing now to fear, save my own expressions.
I am not my father’s daughter
nor my mother’s son.
I am something in-between
That will not be undone.

Brie Camp is a junior journalism major who hails from an inconsequential little town in Pennsylvania known only for their local liberal arts college and the overwhelming amount of pizza joints. Brianna is a transfer student and recently switched majors from English to journalism but has always held a passion for words and their many sneaky ways of stringing together to create meaningful stories. This is their first semester at The Burr, and they are excited to get started on writing about anything and everything. In their spare time, Brianna enjoys cooking, spending time with their girlfriend and their dogs Samson and Buddy, caring for their plants, and watching great movies. You can usually catch Brie on campus working at the Student Center or grabbing a coffee to keep them and their laptop company. You can contact Brie via email at bcamp6@kent.edu or you can follow them on Instagram @_b_a_n_a_n_a_g_r_a_m_s.

More in A Stonewall State of Mind