Two of Us: The Magic of Indie pop Duos 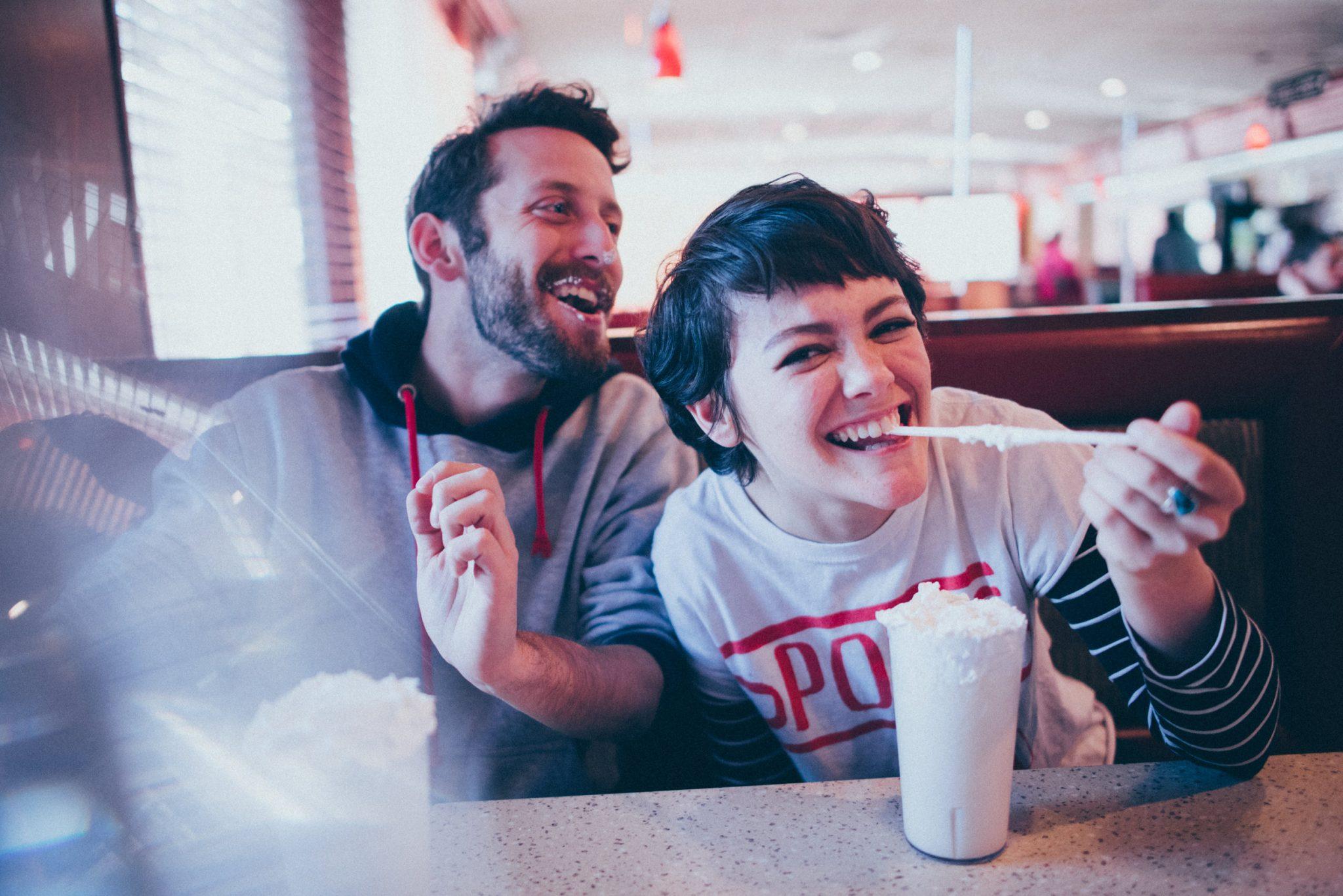 Music genres are very loose categories. Mainly, they’re used for marketing, selling and promoting music to certain audiences of people. Indie pop is no exception to this rule. It’s more of a subgenre to the overreaching entirety of independent music, which is already a very broad genre. Indie pop is normally filled with groups influenced by ‘60s pop music and avant-garde art sensiblites. However, a trend I have noticed is that of the dynamic duo. A group of two has been a mainstay of the indie pop genre since its early inception in the late ‘60s and early ‘70s.

They all can be tied to The Everly Brothers in the ‘50s, two crooning country brothers whose harmonies were permanently injected into the pop music formula. The Everly Brothers were the first mainstream pop duo and arguably created the model for duos to come. Peter and Gordon, Simon and Garfunkel, Ike and Tina Turner: there have been countless iconic pop duos who came along in the decade after the Everlys. The independent underground scene only truly started with the Velvet Underground in 1967, creating innumerable subgenres in its wake. Indie pop was one of those genres, creating decades of strange yet well written pop music.  I’ve picked three who I think personally can sum up three different faces of the genre from different eras and scenes.

Let’s start in the early ‘70s in California with the brothers Mael-led duo, Sparks. Sparks is still relatively undiscovered within the larger music scene, but has a cult fan base, and for good reason, too. Originally male models in their teens and self described “anglophiles,” the Mael brothers were inspired by the vibrant music of the late ‘60s, specifically the Mod pop coming out of the U.K. The brothers also had a love for American pop music, like the Ronettes, which they put together into a unique pop formula which was peculiar, yet arioso. The album that encapsulates this most is also their most popular, 1972’s “Kimono My House.” This is the first album that shows the precocious and slapstick sense of humor and English schoolboy wit through their lyrics, which would hold steady through their entire career. The music itself is also fantastic, which would expand as they went along; “Kimono My House” is filled with glam rock guitar flourishes and keyboard zaps, while “No. 1 in Heaven” was produced by disco-mega man Giorio Meroder and has strong English dance vibes.

Any discussion of Sparks must talk about their live stage presence, which is just as eclectic as the music itself. Singer Russel Mael, with ‘70s curls and blazers, would sway around on stage with such great presence and vocals; Ron Mael would sit or stand behind the keyboard and stare at the camera with stony intensity, with his unusual Charlie Chaplin-esque looks. Their influence is much like tree roots: underground, appreciated by a small section of devotees and only noticed when you trip over them. They even inspired Paul McCartney so much that he made a nod to them in his “Coming Up” music video in 1980.  The Mael brothers are the cool and weird cousins of the pop music scene, and their inventive tunes should get more listeners in our present, wide-open musical landscape.

Two other pop music weirdos came along in the following decade: Brooklyn-based They Might Be Giants. While Sparks were left of center, they still have a cool air to them. They Might Be Giants are wholehearted music nerds who make music for other music nerds. Starting after several college new wave bands, high school friends  John Linnell and John Flansburg decided to come together and perform around New York City in the early ‘80s. Their early performances, including saxophone and accordion among other instruments, quickly gathered attention due to their exuberant stage presence when compared to other bands in New York. Pretty early on, they also incorporated haphazard visuals, particularly with newspaper editor William Allen White.  One of the most innovative mechanisms they used was a voicemail box that would play their music when anybody called, Dial-a-Song, an early precursor to the streaming system.

They didn’t rely on these more gimmicky aspects either; the music speaks for itself. They Might Be Giants employed naiveté as something to be taken seriously, a characteristic important to the creation of great pop music. It’s hard to pinpoint exactly what they are, since they’re constantly developing, even thirty-plus years after their inception. Early albums, such as their eponymous debut and “Lincoln” are great places to start, as both of them are all over the place stylistically without losing any steam or creativity. They Might Be Giants are one of those bands whose discography never gets boring for me.

One of the current musical groups to take the torch further is the male-female duo of Diet Cig, also from N.Y. Diet Cig has become one of my personal favorite bands in recent years and I think they take inspiration from both Sparks and They Might Be Giants and infuse them into their own style. Starting from an interrupted conversation at a house party, Diet Cig soon started to play shows around N.Y. and in different house venues around the country. Their songs were like a children’s roller coaster going off the rails: they’re spiraling and propelling yet still fun. Compared to the other bands, however, Diet Cig is perhaps the most confessional and honest within their lyrics. Singer Alex Luiceno croons and snarls in the inner whine of a singer about the current affairs she finds herself in. Diet Cig doesn’t stew in this troublesome reality; in fact, they’re also incredibly fun and lively in their music and in their live performances. Luiceno and other member Noah Bowman always have smiles binded to their faces, covered in vibrant attire and punctuated with Luiceno’s signature kicks and leaps across the stage. It’s strange to think they still haven’t put out a full length album yet, only two EPs since 2014. “Sixteen” is definitely a great place to start, and then you can dive into the rest of their discography.

Grace Marie Burton
Grace Marie Burton is a senior journalism and mass communication major. She has been writing for The Burr for three semesters and has contributed to other student publications. When she’s not writing, she can be found in the pit at shows or wandering around the library.
Continue Reading
Related Topics:Featured, gracie marie burton, indie pop, music review