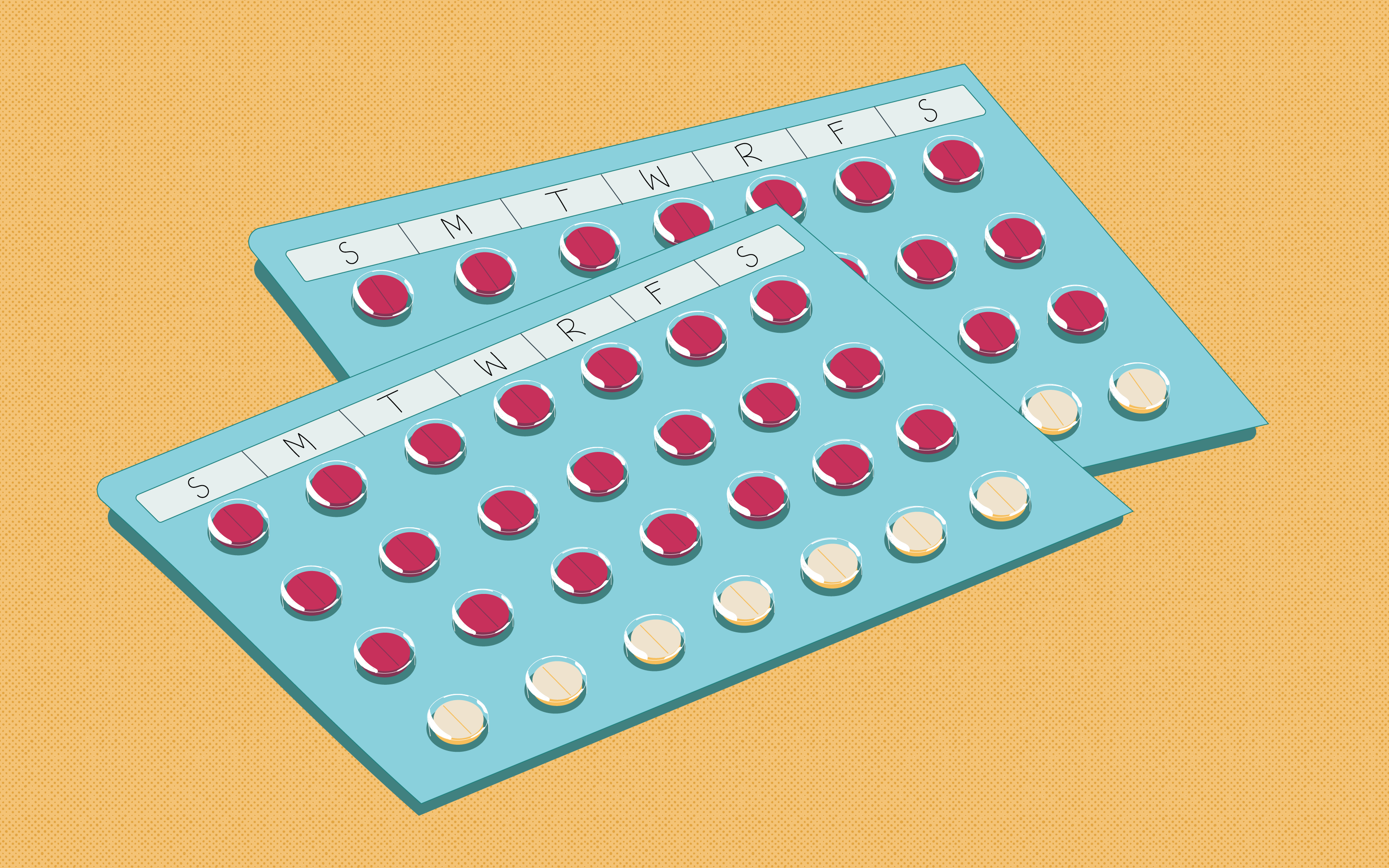 About two years ago I started taking birth control pills (BC) to help me manage terrible periods. I never really thought anything of it. I’ve always been an advocate for access to birth control and funding for Planned Parenthood, but I never really thought about taking birth control myself. I knew it was a hormonal medication, but I figured it couldn’t be bad for you. So when I started taking it myself, I essentially went into the whole experience blind and just did whatever my doctor said.

It’s not a bad thing to listen to your doctor. I mean, they do know what they’re talking about. But I forgot the crucial fact that no one knows my body better than I do, and if I would’ve paid more attention to that, I probably would have stopped taking the pills a lot sooner.

I experienced a handful of symptoms that come with taking BC, but nothing too severe, and I consider myself lucky for that. This isn’t to say that BC is a terrible medication that no one should take. I don’t feel that way at all. I think it can be very helpful for a lot of people and they may never have issues with it. Regardless of that, there are a lot of long-term effects to consider, and I think it’s up to each individual to determine what they are or are not comfortable with. Plus, medications interact with everyone’s body differently.

Fast forward to March of this year. At the beginning of the month, I was still taking my BC, but I was starting to become more aware of the fact that it might not be great for me. I started transitioning my lifestyle to be more natural by using all natural beauty products, a more organic diet, etc., and in doing that, I started researching my BC more.

Now, I’m not a medical professional, so I’m not going to give unwarranted medical advice or talk about my findings here without talking to a source that I believe is credible that I can quote here. What I will say is through spending countless hours researching BC on my own, based on what I found, I decided that I didn’t want to put it in my body anymore, so I stopped taking it.

I didn’t just stop immediately, though. I was worried about having to explain the decision to my doctors, which I eventually realized is totally ridiculous, because it’s my body. Once I got over that, I stopped refilling my prescription and just let it go. I’m not sure if I should’ve slowly stopped taking BC or if quitting cold turkey was the best way to do it, but I quit cold turkey and feel fine.

Now, fast forward to about the middle of May. I hadn’t really experienced many side effects after I stopped taking BC, but suddenly out of nowhere I developed some pretty awful hormonal acne.

I definitely think the definition of “awful” is subjective. I’ve never been much of an acne sufferer. As a teenager, I’d get breakouts here and there, but it was never anything I couldn’t manage. I also think there’s a serious stigma around acne (which I’ll dive into later) that causes me to have a sense of body dysmorphia when it comes to my breakouts now. So when I say it’s “awful,” my definition may be different than someone else’s and both are valid.

I believe I tried everything I could to clear my skin on my own. Every mask, toner, cleanser, spot treatment and home remedy out there, you name it and I’ve probably tried it. Feeling defeated, I decided to go to a dermatologist.

Since one of the reasons I decided to stop taking BC was because I didn’t want things that weren’t so natural going into my body, I was nervous about talking to a dermatologist. Based on my own Google searches, it seemed like the only way to treat hormonal acne was with really strong (and not so natural) products like Accutane — which was out of the question for me.

My dermatologist confirmed that because hormonal acne is a hormonal issue, there aren’t a whole lot of “natural remedies” to treat it, at least not as quickly as I was hoping to see results. She prescribed the most natural medicine she could (it’s called spironolactone if you want to look it up) and a morning and evening topical lotion and said to come back in a month. I won’t see her again until November 3. (Go figure it’s on Election Day. Talk about high stress!)

As of right now, I’ve been using everything she prescribed me for about six weeks, which is when I’m supposed to start seeing results. I admit that I am noticing an improvement in the state of my skin, and I’m definitely happy about it. Of course, it’s not at all where I want it to be yet, but I’m happy with being able to say “it’s much better.”

As someone who never really had an issue with acne in the past, this has been a really hard thing for me to deal with, but I feel like I’ve learned a lot so far (remember when I mentioned acne stigma?)

I’m a pretty laid back person, and while I like putting time into my appearance to look nice sometimes, I only do that for myself. It’s never for anyone or anything else, and I am truly unbothered by people’s opinions the majority of the time. However, if we’re talking about my acne, that isn’t the case. I’ve gotten better with this, too, but honestly, dealing with my own self image is just as hard as dealing with the acne itself.

It became the first thing I noticed when I looked in the mirror in the morning, and it was always in a negative way. I would never look at my skin on my own and say, “It’s getting better,” I needed someone else to notice it for it to feel like a reality to me. I always felt the need to cover it, whether that be with a mask (these have become so handy) or makeup or honestly sometimes both which is just silly. But I felt the need to do this, because in my head for whatever reason, I convinced myself that my acne made me less of a person. When I type that out, I realize how ridiculous it sounds, but I feel like people with acne are looked at as if maybe they’re dirty or not put together or something absurd like that but that’s not even logical. What’s even more ridiculous is that I convinced myself to look at my own reflection that way.

I’ve been dealing with this since about May and now with my prescriptions it’s getting better, so I’m able to realize that my definition of “awful” was a little over-dramatic, and that’s OK. Now, when I look in the mirror I choose to instead focus on the fact that my skin is visibly improving, regardless of whether I think it’s taking too long or not.

I think everyone has something they wish they could change about themselves, and quite often it’s a physical thing. I think it’s fine to feel that way and make any changes to yourself that you see fit because it’s your body. With that said, it’s important to give yourself and your body the grace it deserves.

My skin won’t be crystal clear overnight — and neither will yours if you’re in the same boat as me — but that doesn’t make me less of a person. I think I’m still pretty cool, hormonal acne or not, and if you’re wearing a mask, no one can tell anyways.