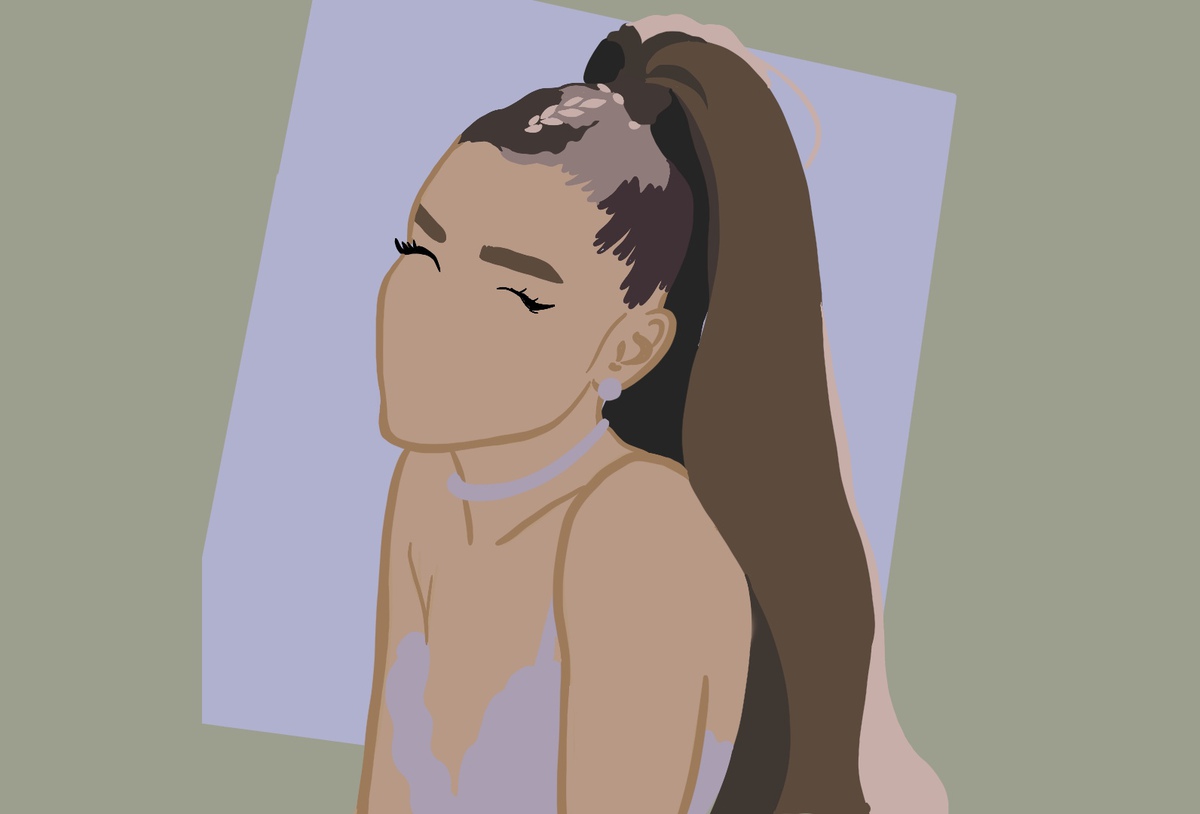 I won’t start this blog by telling you that 2020 has been a hell of a year, because I’m sure you already know that. Between the pandemic, the election and everything else in between, I’ve really been in need of something light and uplifting.

Then out of nowhere, here comes Ariana Grande — iconic MVP — with her sixth studio album “positions.”

Album releases may not be everyone’s idea of “wellness.” But with the way this year has been, I think anything that gives you an escape, makes you feel good and makes you feel like you’re bettering your overall wellness, then you should take advantage of it. Right now, for me it’s “positions.” (Harry Styles also debuted his “Golden” music video which gives me loads of good feelings too, but we’ll focus on Ariana right now.)

Admittedly, I’m an Ariana stan. So when I tell you, “Wow, every song is a bop,” you may disagree, and that’s fine. I’ve seen a couple random Instagram polls where a lot of people aren’t totally sold with “positions,” the first song released from the album that holds its namesake. However, I’m a big fan.

The album starts with “shut up.” It’s a really pretty track full of strings and showcases Grande’s otherworldly vocal range. In a way, this track sets the tone for the rest of the album. If you’ve been paying attention to celebrity news the past few years, it’s obvious that Grande has been through a lot. Her last album “thank u, next” was very reflective and almost released as a response to her ex Mac Miller’s death and her break up with Pete Davidson. “shut up” feels like Grande saying, “Relax. I’m good. We’re vibing on positive energy right now, so if you have something negative to say, shut up.”

“34+35” (do the math) is such a sexy, catchy track. It’s intimacy in a way Grande hasn’t sung about before, and it feels so good to hear her making the music she wants to. She isn’t the PG Nickelodeon kiddo we all remember anymore; she’s a grown-ass woman singing about 69-ing, and it feels so liberating. It’s definitely my most played song on the album so far.

I know there was a “cancel Doja Cat” train earlier this year, but it doesn’t feel like it really went anywhere. Grande’s collab with Doja Cat on “motive” is a great duo. It reminds me of all of Grande’s iconic collaborations with Nicki Minaj. “motive” has that signature, catchy pop song sound. If COVID-19 wasn’t a thing right now, we’d definitely be dancing to this house beat in a sweaty crowd at local bars and clubs.

“just like magic” feels like one of the tracks that shows you just how much Grande has healed from everything she’s been through. Lyrics like, “Keep my conscience clear that’s why I’m so magnetic,” reiterates that, “Hey, I’m doing OK,” energy that resonates throughout the entire album.

Allegedly, Grande’s collab with The Weeknd on “off the table” is about the death of her ex Mac Miller. “If I can’t have you, is love completely off the table?” When The Weeknd comes in and sings, “I’ll wait for you, even though it always feels like I’ll be number two, to someone you can’t hold anymore,” it feels like such a punch to the gut. This track comes out of nowhere and slows the album down for a second. It recognizes that yes, there is still some pain here; grieving a lost love is hard.

“six thirty” brings the vibe back up with a light, airy beat. Grande’s sweet vocals coo through a track about a new love, “Are you down?” It’s a good sequel to the heaviness of “off the table.” Grande is healing, she’s moving on, but there’s trauma there, and it can lead to a lot of doubt in a relationship: “Am I enough to keep your love?”

“safety net” feels like the final installment in a trilogy starting with “off the table” and then “six thirty.” “off the table” is mournful and introspective. “six thirty” is more optimistic but still doubtful and hesitant. “safety net” featuring Ty Dolla $ign is a beautiful ending to the story. A new relationship after so much pain is hard; we’ve heard that so far in the first two tracks of this trilogy, but “safety net” announces the decision to stop fighting the feeling and to let go of any doubts: “Tripping, falling with no safety net.” The reservations are gone here, and Grande tells us this in such a sweet and certain way.

“my hair” is fun, groovy and showcases Grande’s vocals in such an astounding way. She whistles through an entire chorus. You know, that signature high pitch whistle like on “imagine,” a track on her album “thank u, next.” Absolutely insane.

One of the themes on the “positions” album is intimacy and just like “34+35,” “nasty” is sexy, catchy and another reminder that Grande is grown, sexually liberated and here to tell you about it. And I am absolutely here to listen.

I loved “thank u, next.” The whole album just did not miss. I may have gone into “positions” expecting something similar, and I was pleasantly surprised to get something similar, yet totally different. Grande sings her way through this album more than she did on “thank u, next.” “west side” is a great example of Grande continuously taking advantage of reminding us how versatile she is vocally. It’s simple, but sweet. “love language” and “obvious” also serve as reminders of her vocal versatility and fun lyrical approach that we’ve come to know and love.

The title track, “positions,” is a Grande-style love song. It was the first track released from the album and got me — and everyone else — so excited for what else she had in store. And the music video? Her iconic presidential cabinet? The outfits? Don’t get me started.

The album closes with “pov.” It’s soft, slow and honestly, it’s beautiful. Again with Grande’s impeccable vocals and lyrics from the heart, it’s another introspective love song that leaves me feeling so whole every time I hear it. I feel like this track ties the album up in a nice neat bow: “All my baggage fading safely.”

Ariana Grande sang her heart out on this album. There’s emotion, sex, fun, catchy radio tracks and such a strong sense female energy in this 41 minutes that only Ariana Grande could hand deliver.