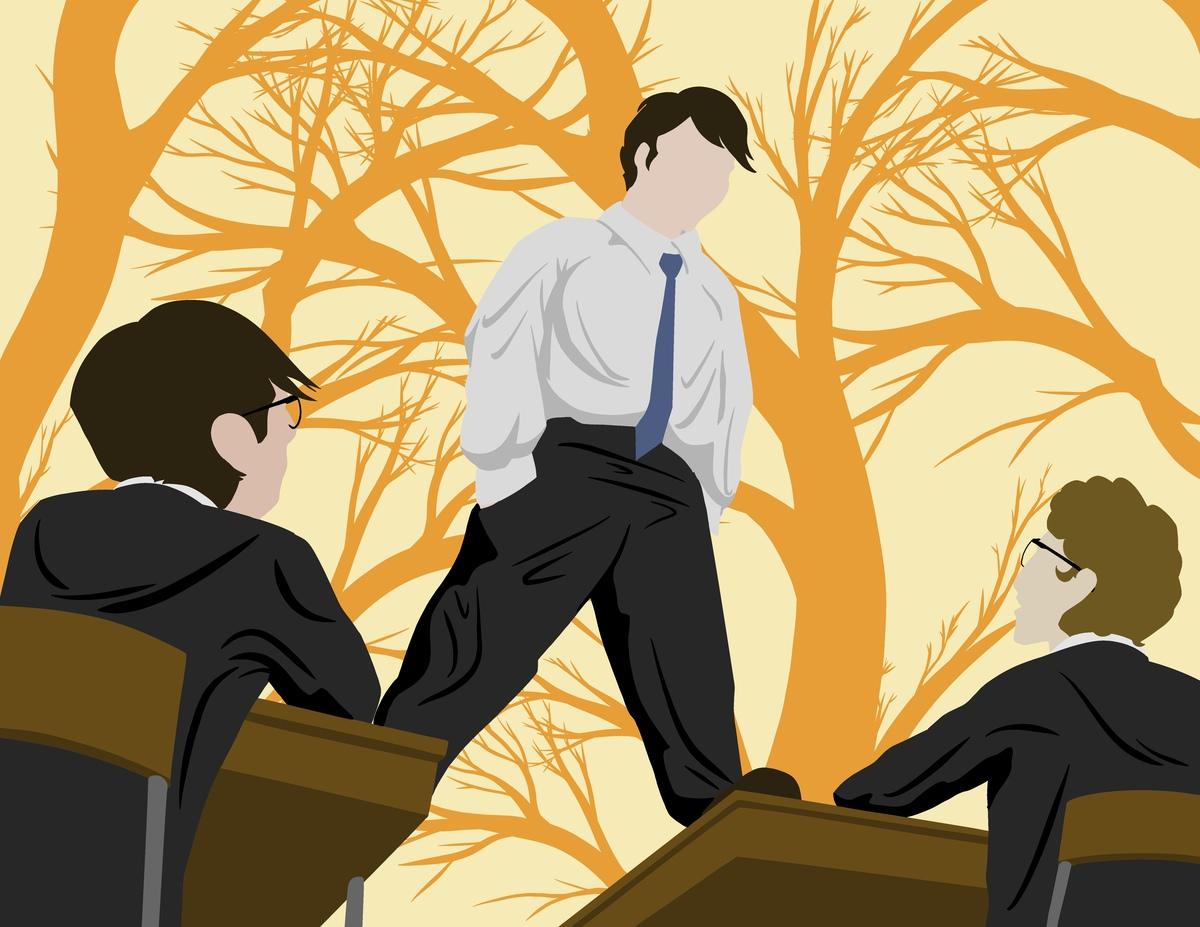 “Dead Poets Society” is one of those deeply moving movies that makes you pause and take a look at your life — and, more importantly, what it means. At least that’s what I’ve always gotten out of it.

As one of my favorite movies, I couldn’t resist doing an analysis on this 1989 film. Directed by Peter Weir, “Dead Poets Society” was nominated at the Academy Awards for best picture, writing, directing and actor in a leading role.

Before I get into the actual analysis, per usual, I will warn you of spoilers ahead. On top of that, if you haven’t seen the movie I highly suggest getting cozy one night and putting this on. I’m doubtful you’ll regret it.

The movie is set in New England during the late 1950s at a fictional elite boarding school called Welton Academy. When I say elite, I mean it. Think of Eton but in the United States. The school is described as a breeding ground for the future leaders of America, and its four pillars state the school’s importance: tradition, honor, discipline and excellence. With that, the stage is set.

Enter Todd Anderson: a shy boy whose older brother attended Welton and was the former valedictorian. Anderson meets Neil Perry, another student who is popular and the very picture of what a Welton Academy student should be.

While the boys do their best to follow the rules of Welton, they encounter their new English teacher: Mr. Keating, played by Robin Williams. Mr. Keating is of a more liberal mind and teaches very differently from the other strict teachers at Welton. He even refers to the academy as “Hellton,” which the students also call it for the strict nature.

Mr. Keating takes his students outside the classroom for his first class with them, making them stand in the hallway and read poetry. It was here that he reads them the line “carpe diem,” which is Latin for for “seize the day.” Live life and make the day yours. In short, we should make the most of life while we still have it.

Much like what Mr. Keating says in the movie, “make your lives extraordinary.”

Those who enjoy English and language arts will especially find this movie captivating, with its emphasis on the importance of literature and writing. Mr. Keating is seen telling his class that words and ideas can change the world. While there are many “noble pursuits” such as science, math, law, etc. Mr. Keating claims that poetry, beauty and love are what we truly live for.

It’s an interesting notion to think about, especially when studying authors and poets during times like the Renaissance or even early colonial America. Poetry was a way of expression for not just one person and their followers, but rather, it resonated with the general public of the time.

Mr. Keating goes on to say that reading and writing poetry matters, “because we are members of the human race, and the human race is filled with passion.” It’s a compelling concept that I’ve muddled with from time to time whenever I find myself interested in poetry or engrossed deeply in a book or essay. After all, when all is said and done, our words continue to live on when we are gone. They can be as passionate and deep-rooted as you want them to be, and they keep us in the world even when our physical bodies are not.

It is for these reasons that I adore Robin Williams’ Mr. Keating. The movie makes you want to be more open-minded and even artistic in your thinking. The lessons taught in “Dead Poets Society” are all-consuming and enter a level in your mind that gets you to think more deeply into who you are and what passions you have for life.

The whole “Dead Poets Society” notion comes from a part in the movie where it is revealed that Mr. Keating was a part of an actual Dead Poets Society (DPS) when he was a student at Welton. He and some friends who were a part of the DPS would sit in a cave and recite poetry in order to get some deeper meaning out of life. It was a society promoting free thinking and revelations in what they believed to be the true meaning of life.

Todd and Neil, joined by some of the other boys in their year, decide to start the DPS up again.

Mr. Keating’s unorthodox teaching method was a great eye-opener for me to see life in the eyes of a poet, for lack of better words. What I mean by this is truly seeing the beauty of life and not the mundanity for what it is, which we typically do. While everyday life can be boring and repetitive, it is important to look at the beauty in it as well. “Dead Poets Society” shows us this through the way the boys start viewing the world around them after having been students of Mr. Keating.

They feel more “alive” and find passion in themselves and can truly appreciate others. Reading poetry and learning to love art and literature was a big help in this — which is, something personally I can say I’ve found for myself. There are great moments in our life, but sometimes we tend to overlook the basic joy of reading a good book or finding ourselves in a poem. Even watching a really good movie (like this one) and seeing yourself in a character or resonating with a storyline deeply is exactly the lesson that Mr. Keating is talking about.

At the end of the movie, Mr. Keating makes his departure from Welton Academy for good. However, before he goes, the boys stand on their desks and call out, “O Captain! My Captain!” (referring to a poem that Mr. Keating assigned them to read). It’s a very powerful scene, which shows the boys standing up to the institution and being free thinkers themselves. After standing and calling out to Mr. Keating, a deeper meaning lies here in which some boys stand, but there are few who are still “cowards” and sit — watching on as the replacement English teacher screams at the boys to sit down.

The salute to their former teacher is sentimental and bittersweet. Mr. Keating, who is clearly touched by this, responds: “Thank you, boys. Thank you.”

Although I’m sure I could go on and on about the lessons and themes of this movie, I’ll leave with this: “Carpe Diem,” and (of course, it wouldn’t be me if I didn’t say this): go watch the movie! Seriously. Who knows, maybe you’ll come out of it a more free-minded thinker, just as Mr. Keating would want.