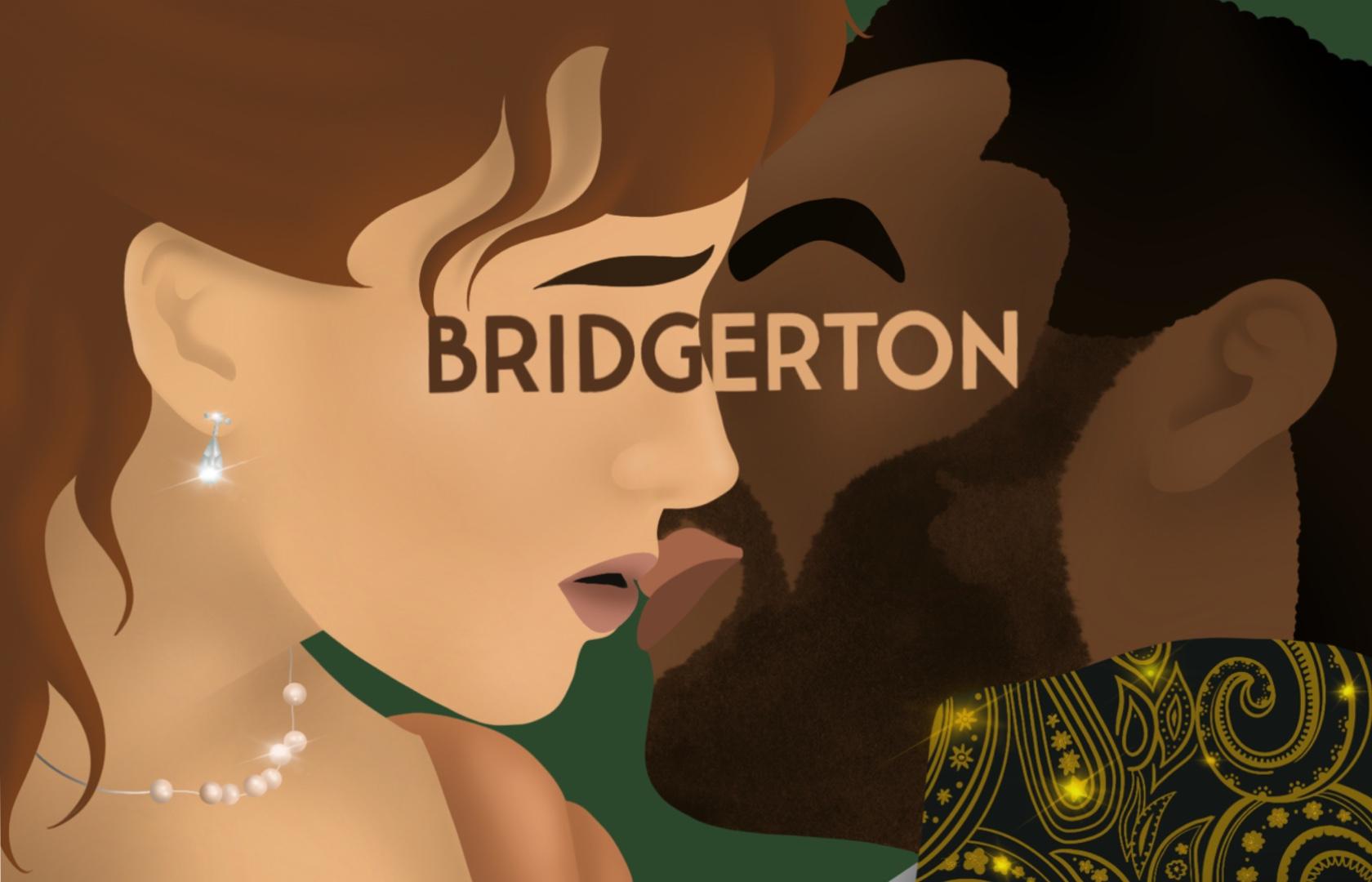 By now, most of us Netflix fanatics know the names Daphne, Simon, Lady Whistledown, and, most importantly, Bridgerton.

“Bridgerton” quickly made its way to the number one spot on Netflix after its debut on Dec. 25, 2020. Television shows that take place in the Regency era, which is the era when England was ruled under the regent George IV, definitely attract a specific type of audience, but none have ever reached the magnitude of the highly-successful “Bridgerton.” It has truly gauged a worldwide audience of all ages and has become a hot topic for Netflix fans and television fanatics in general. This leaves me to ask: What is it that makes this show so special?

Netflix teamed up with Shondaland, the popular television production company founded by writer and producer Shonda Rhimes, to bring viewers this “Gossip Girl” meets Regency London series to the screen. Shondaland and Netflix have said how “Bridgerton” became their most popular show yet with 82 million views in only its first month.

I think “Bridgerton” became such a hit because of how unique its drama is. Additionally, the directing is fun and playful instead of being so serious and gripping like most Netflix originals. It’s unique in the way that the show is presented and how it is directed.

Another theory as to why the show has become so popular is the fact that it is a lot like “Gossip Girl” meets Regency-era London. The fan base around “Gossip Girl” grew rapidly in its early years and still continues to captivate its fans back to its fictional world set in the Upper East Side, reaching new fans even now years long after the finale aired. So, put this in the 19th
century and mix in Netflix and Shondaland and tada! You get the success that is “Bridgerton.” But still, that can’t just be it. The basis of scandal and society drama in “Bridgerton” cannot be the sole reason for its success.

The show is called “Bridgerton” because of the Bridgerton family. The plot of the first season can be described as captivating for just about anyone, whether you were already a fan of Regency drama or not. It centers around the eldest Bridgerton daughter, Daphne, who navigates her first “season” as a debutante and is in search of a husband. Our current lives differ so much
(especially as women who are free to do as they please) that looking at Daphne’s experience is interesting by how different it is from our current societal norms. Cue Simon, the troubled Duke of Hastings. Simon’s goal in life is the complete opposite of Daphne’s — never get married and never have kids. Now here’s someone a number of young adults can relate with.

Daphne and Simon eventually come up with a scheme to trick everyone in London into thinking that they’re together, so Daphne can find the perfect husband, and Simon can be left alone from “vicious mamas” and their daughters who want to make a match with him. If only this worked
during holidays with the family … As you can guess, these two now need to keep up appearances but will begin to develop feelings for each other despite their facade. Have they never seen “Friends with Benefits?” This stuff never works!

However, there is a catch. Some “Gossip Girl”-esque anonymous writer who publishes scandal sheets is going around and writing out all of the scandals that are going on with London’s high class. Daphne and Simon need to be really careful not to get caught and slip up with their plan because that would ruin them both.

One of the best parts of the show is how unlike most television series, the rest of the Bridgerton siblings have unique roles and are actually crucial to the projection of the show. It helps that us viewers are actually invested in what they’re doing rather than just seeing them as some kind of
understudy or secondhand characters. After all, the show is called “Bridgerton” because of the Bridgerton family. If not, it would just be called “Friends with Benefits in 1813.”

The Bridgerton siblings are named alphabetically, oldest to youngest: Anthony, Benedict, Colin, Daphne, Eloise, Francesca, Gregory, and Hyacinth. The Bridgerton series revolves around this particular family, and it’s interesting to consider what will happen as we continue to watch each
sibling’s season (which Netflix has released that each season will focus on a different sibling) unfold. The idea of this is reminiscent of shows that show strong emotional bonds with family, such as the very successful “Game of Thrones.” This can be seen as some part of the reason for the show’s popularity – the strong family dynamic. The television series is based on the Bridgerton book series by author Julia Quinn. The show’s first season is specifically based on the first book titled “The Duke and I.”

Other things to note are the music in the show, which utilizes instrumental versions of popular pop music such as “Thank You Next,” “Girls Like You” and “Strange.” A different array of characters outside of the Bridgerton family also make this series really come to life; the Featheringtons (yes, that’s really their name), the Queen, Lady Danbury, etc.

Take all of the glitz and glamour out, and ultimately my analysis is that “Bridgerton’s” true success comes in its form of escapism from our current reality. It’s definitely a nice outlook in contrast to our current lives.

There really is something for everyone in Netflix’s “Bridgerton,” and if you haven’t seen it already, myself and the 82 million viewers would probably say something like: “Well, what are you waiting for?”