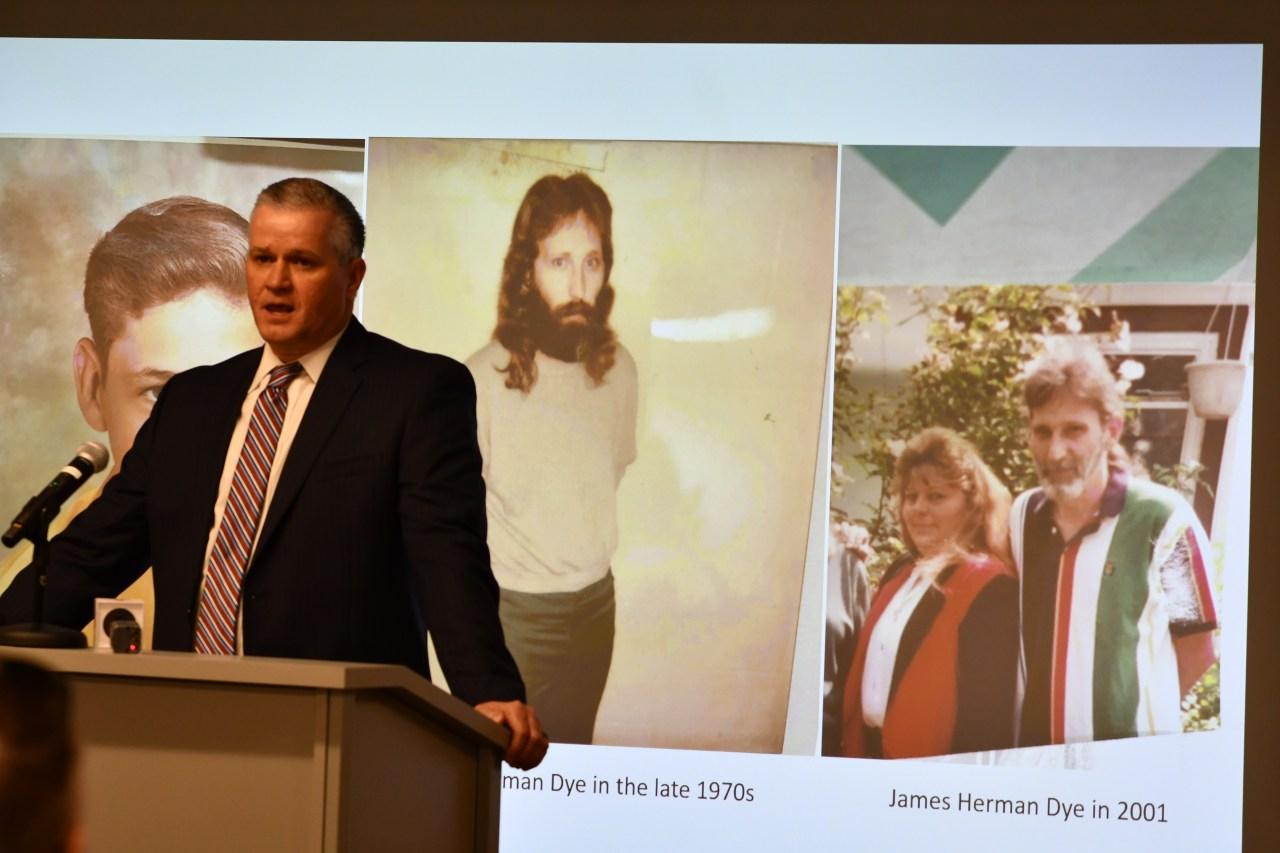 Photos Courtesy of Trevor Reid for The Greenly Tribune

The next morning, her husband filed a missing persons report when she didn’t come home that night. Kay Day’s coworkers found her car the next day parked three blocks away from campus, according to the Greeley Tribune.

Kay Day’s body was found inside. She was beaten, sexually assaulted and strangled to death by the belt of her overcoat.

Investigators recovered DNA from her body, but it would not become useful until technology advanced many years later.

Due to a lack of witnesses and useful evidence, the Kay Day case went cold, but in May 2020, 41 years after her death, detective Byron Kastilahn reopened the case.

The DNA that was collected at the scene of the crime was sent to CODIS and found a match in August 2020. James Herman Dye was a multistate offender with a criminal past and was a student at Aims Community College at the time Kay Day was killed, according to 9News.

Law and Crime says his criminal record includes an arrest in 1977 for second degree sexual assault, an arrest 1981 for sexually assaulting a child and attempted sexual assault and third degree assault in 1982.

Detectives also discovered that in 1988 a Weld County Crime Stoppers tip came in describing Dye as a suspect and saying he either killed Kay Day or was “very much involved in the murders.” In addition, the tipster said that Dye arrived home with blood on his clothes and said that a girl was killed at Aims before the information hit the news. When asked further information, the tipster became uncooperative, and there was no follow up, says the Greeley Tribune.

Kastilahn interviewed family members who admitted that they believed Dye was capable of murder. Dye was arrested on March 22 at his home in Wichita, Kansas, 9News says.

As of March 26, 2021, he is being charged on two counts of murder in the first degree and being held in Sedgwick County Jail pending extradition to Colorado.

“For more than 41 years, Kay’s family and friends and the rest of Weld County community have been waiting for the killer to be brought to justice,” said Steve Reams, the Weld County sheriff. “I am pleased to announce we took a significant step in that direction earlier this week,” according to Law and Crime.