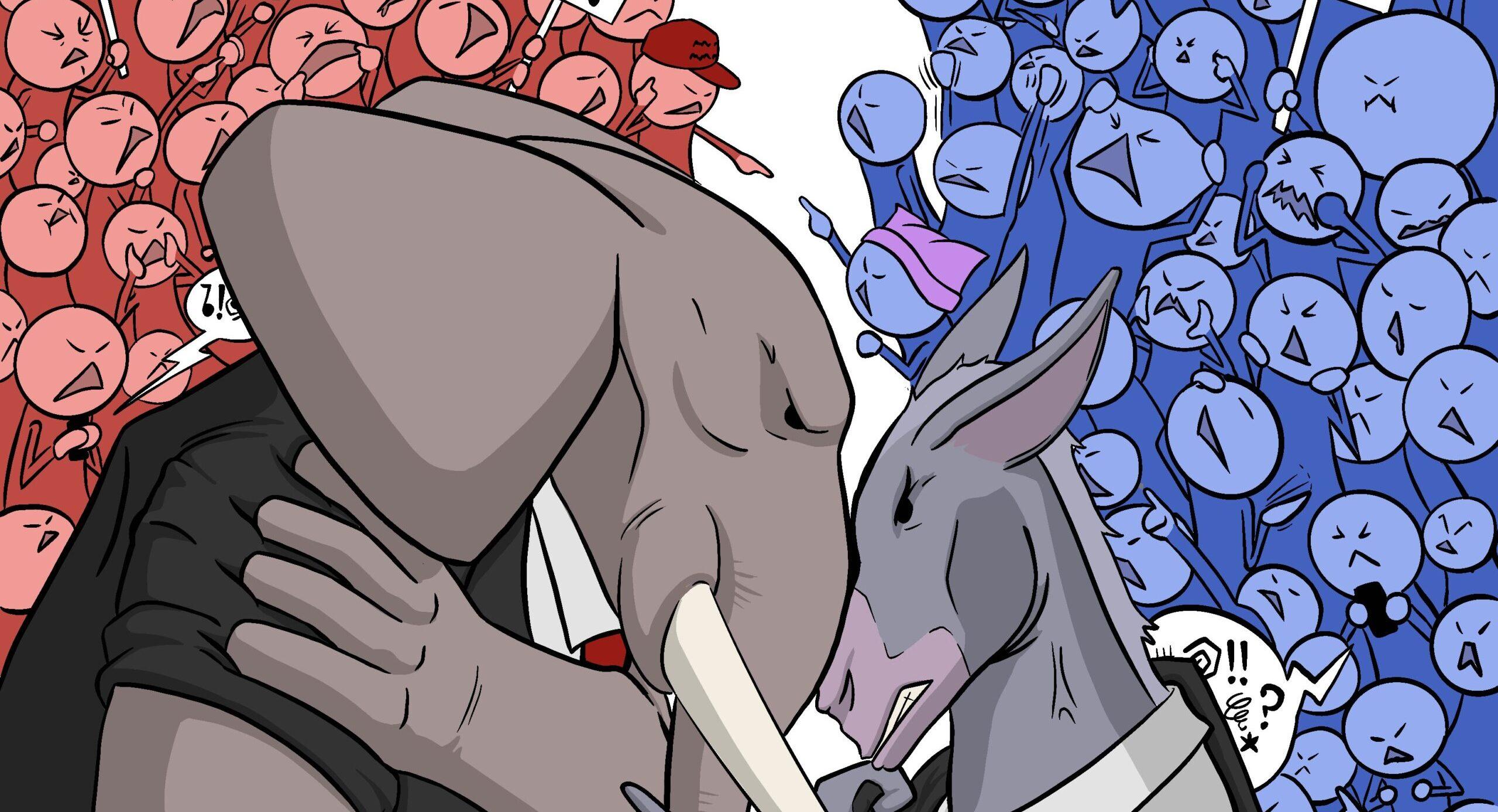 Hello y’all! I’ve missed you, and I’m sure the feeling’s mutual.

I wrote a couple poems to preface this blog.

I don’t need an easy life.

A blanket falls upon the American eyes.

Together we huddle underneath.

An outside voice tells us to hate and despise.

Two million leave us in grief.

Wow have things gotten crazier since we last talked or what? Politics, pandemics, hypocrites, dogmatics and insurrectionists, am I right?

Humans will differ from one another. They will bicker with one another. Sadly, it’s just human nature. What can bring us together in such dark times? A common enemy is nice if you live by the sword. For us civilized folk, maybe bringing to light the little things will help stitch the picture back together. Americans aren’t perfect right? This has been true since 1776.

What can most of us agree on? We need to get back to acting a little more civilized toward one another. Now I am most definitely not saying we need to agree with one another, especially radicals, but I am saying we can join hands in certain things. Like people who will eat cold pizza leftovers instead of heating it up are dead to me. Wrong! Cold pizza eaters might like the same coffee that I do, and it’s those tea-drinkers that really make me gag. Wrong! Some of the tea drinkers eat their pizza leftovers hot too! We all have something in common with each other. When we fixate upon preconceived notions that we went into the conversation with, we get nowhere! I hope you see what I mean.

Commonalities are there, they just might not be as prevalent. I own a shirt that reads “Death Before Decaf,” but that does not mean I won’t share a table with somebody who drinks decaf coffee. It can’t be all-or-nothing, or there will be no unity whatsoever. We can’t all agree on everything; there’s too much in the world that makes us different. Unity is what gets things done.

The people who put the cereal in the bowl first then the milk just ate lunch with the lactose intolerant person who puts their oat milk in first before their cereal. The world still spins.

Everything can be disputed, even reality. You need to accept something in order to live on Earth, whether it be radical or miniscule. We don’t always need to think that others’ differences are neat-o, but don’t you at least want people to be different to some degree? I couldn’t stand a world made up of just “Terrys.” I depend on y’all to keep it interesting. The grass is always greener on the other side, right?

We are strong people. Right now I’m talking to the same person who is hustling through a pandemic. If all you did today was exist, the world is proud of you. We can make ourselves to be superheroes, especially with the narrow view of social media, but we’re all just people trying to get by. You want to succeed and move on from this just like I do.

I always heat my leftover pizza up in a microwave (not a toaster oven) but that don’t mean I haven’t had a cold slice of pizza.

I know it has been a rough go of it for a while now. When the going gets tough, the tough get going. That’s what we are, although we don’t always need to be tough. You don’t need to have skin as tough as leather, you just need to pick yourself up every now and then. When you get knocked down, I’ll extend my hand out to you just like you would do for me, right? Don’t be afraid to need help. This whole pandemic has shown us how much we actually depend on each other to keep the gears rotating and the lights on.

I’ll jump off my soapbox now as I leave you with something else to take into consideration. I end my spiel with more poetry I wrote in regards to the state of America.

Privilege walks side by side with insurrectionists, they live to tell the tale.

While people just trying to live get gunned down by twelve.

White hoods hang in the closets of those we pay to protect us.

Fingers in their ears while political eye beams down from the sky.

We argue and rationalize while another black boy dies.

Anger has been prevalent.

Nothing much has changed.