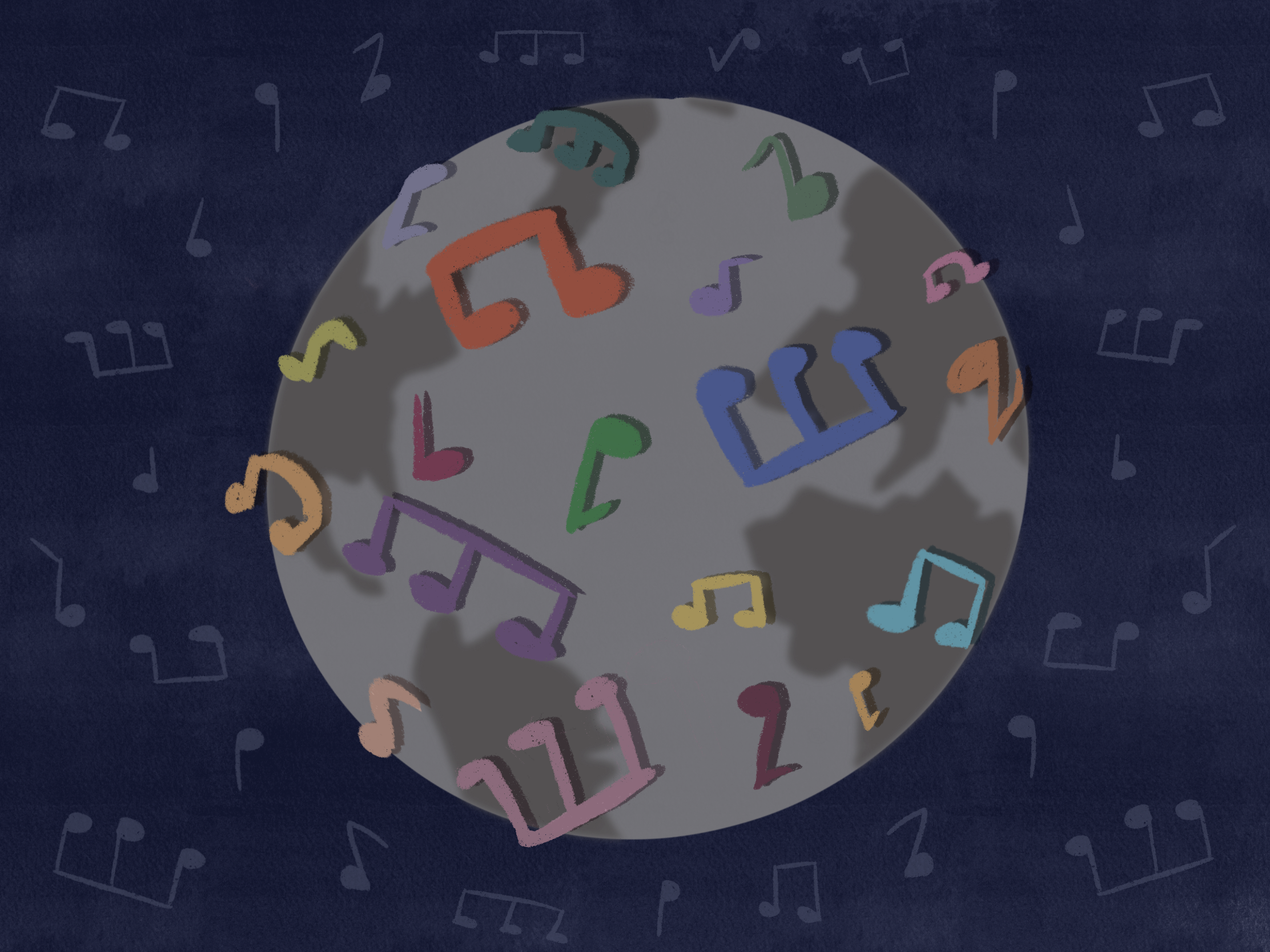 I’ve been a musician for nearly a decade now. That’s roughly half of my life. In fact, melodies and harmonies have been echoing through the caverns of my brain, pumping through my veins and pouring into my fingertips for so long that I can hardly remember a time when music wasn’t a major component of my identity. Despite this, I never really “listened” to music prior to this year.

This was an absolute source of embarrassment as a maker of music. How is it that I could devote so much of my time and energy to a flute and a piccolo yet hardly — if ever — set aside time to put earbuds to eardrums? The reality is: I still don’t know.

The Spotify app was never on my phone. I did assignments in sheer silence, maybe only ever pulling up some concert band or classical music on YouTube and listening to the same three songs on a loop. Whenever I was asked about my favorite album or artist, I never had a definitive answer; all I had to do was say I listened to “a lot of different stuff” to get askers off my case. Everyone else had a distinctive taste in music, and I felt lightyears behind. I was too busy immersing myself in ensembles and making music for the ears of other people that I never took the time to develop the soundtrack for my own life.

A year full of quarantines and social distancing has left a lot to be desired. This year, I made a number of resolutions. Beyond cutting out caffeine and taking more pictures, I decided that 2020 was going to be the year that I (finally) listened to music.

And it has been a roller coaster.

To be honest, I didn’t quite know where to start. Once I downloaded the Spotify app, I felt overwhelmed by my amount of options. What styles would I come to like or enjoy or prefer? I didn’t know. Directionally, I chose to start out by concentrating my energy on styles I already knew I liked: the music with a heavy focus on instrumental inspired by my musicianship (ex: Phoria, Beach House), the mellow indie that I seemed to be the most drawn to (Bon Iver, Peach Pit), the cool alternative jams that make life feel like a movie when I’m riding in the car with my boyfriend (Tally Hall, Joji).

It was a lot of forcing myself to listen. It’s not that I didn’t want to be listening to music, but rather, I had gone so long without ever making casual listening commonplace that I wasn’t accustomed to picking up my earbuds out of habit. Luckily, the habit caught on fast.

I listened always. In the car: music. Editing and writing: music. While walking to class (that is to say, before everything went remote): music. Schoolwork and time-consuming Adobe InDesign projects: music. I gave myself the widest variety of opportunity that I could. I listened to the custom-made Discover Weekly playlist every single week, pocketed my favorites and made note of whatever struck a chord (in more ways than one).

I developed favorite songs, albums and artists for every mood and feeling imaginable. I have music to “jam” to, music to be productive to, music to cry to and music to propel me into a whole new genre or style of interest.

While I probably still can’t definitively name a favorite artist or album or song, what I’ve been able to do for myself in the meantime is far greater: I gave myself music, and I genuinely can’t imagine ever reverting back to living my life in silence.

I believe one of the biggest lessons I’ve learned in my exploration of sound is that it’s not enough to make music for the brain, the heart and the fluttering fingertips. Sometimes, it’s just as good (or better) to let someone else’s artistry make music for your ears.

Emma Andrus is a sophomore journalism student from Olmsted Falls, Ohio, pursuing a minor in public relations. This is her second semester with The Burr. Emma is also a copy editor for The Kent Stater/KentWired. She has been passionate about storytelling and the power of the written word ever since she could read and write, and she is looking forward to having a hand in telling stories with The Burr this fall. When she is not exploring her passion for words, Emma enjoys good pasta, crossing off to-do lists and making and listening to music. You can follow her @EmmaBAndrus on Twitter to keep up with her journalism adventures.