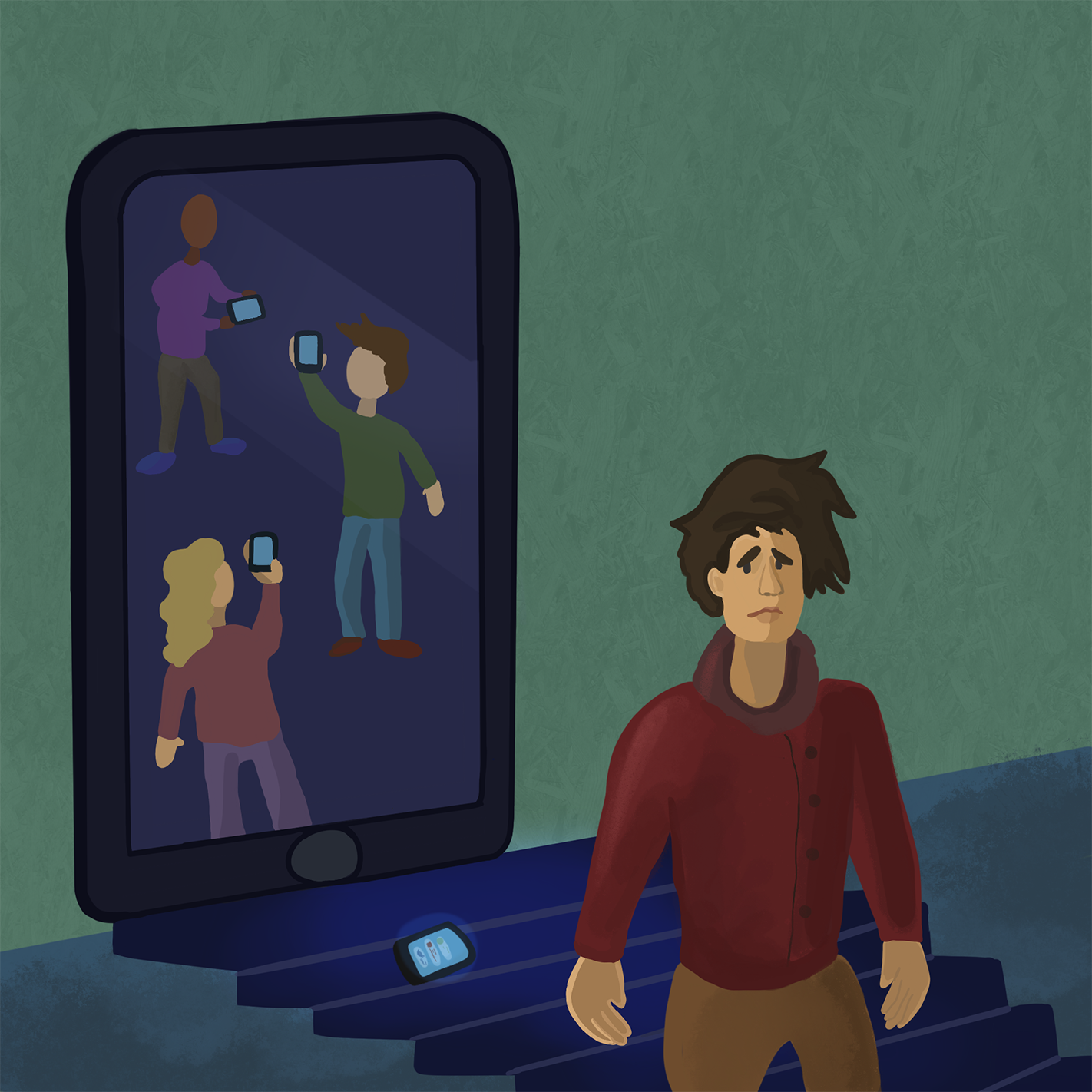 Until the middle of high school, I only had limited forays into social media. I think I only used Twitter and Facebook at that point. On Twitter, I had fun interacting with friends and attempting to interact with celebrities as well. On Facebook, I changed my profile picture periodically and posted statuses occasionally. I felt a huge rush when I got many likes on my posts, but it was far from an obsession for me.

Then I started dating a girl who changed everything. She was extremely clingy, so we talked almost 24/7. At first, we communicated through Facebook Messenger and texting, but eventually she had me make my first Snapchat and Instagram. She wanted me to post pictures with her and like her pictures, of course.

I would even engage in slightly dangerous actions while using Snapchat. When I was skating, longboarding or biking, I would attempt to record myself. I had some close calls but persisted nonetheless.

I think Snapchat did give me an outlet for creativity and made me more socially connected, but it also contributed to narcissism and anxiety. I would record myself and take pictures of myself, thinking, “Damn, I’m so cool” or “Damn, I look so good.” I also would send risky stuff to people and worry it wasn’t funny or that I would be left “on seen.” I hated being left on seen. I took it personally and even felt a feeling of anger or sadness, depending on the situation.

Instagram was a whole other devil for me. My experience with it began as pretty harmless. I still remember my first post in May of 2015. It was a picture of the new McDonald’s sandwich with the caption: “So shiny you can see your own reflection” and a couple emojis followed by: “newartisangrilledchickensandwich.” I thought it was hilarious.

I got a huge thrill from the likes and comments I received. Unlike Facebook, on Instagram, it’s more common to post pictures frequently and get engagement on them, so that’s what I did.

My Instagram habits became obsessive and had a strong emotional impact on me. I loved the feeling of getting likes and followers. In order to get more, I knew what I had to do, and I did it. It was time-consuming and almost like a part-time job. All day long, I was liking every picture in my feed, because I knew they would be more likely to like my pictures in return. In addition, I realized some days and times of posting were better to get more likes and I posted within these. If I did not get any likes within a minute or two, it was a bad sign, and I deleted the picture to repost later. If people were not liking my picture, I would open the tab that shows what people were liking. If I saw people were liking other pictures and not mine, I would get frustrated.

In regard to followers, similar to likes, I knew the best way to get more would be to follow more people. During my free time, I would go on Instagram and find people to follow who I thought might follow me back. I would look at their ratios (the number of people following them versus the number of people they were following). If 1,000 people followed them and they only followed 100 people, I knew it was hopeless for me to follow them. On the other hand, if they had 1,000 followers and followed 1,200 people, there was a solid chance they would follow me back, so I would follow them. I would go on these following sprees and then a few days later, I checked an app I had that gave me analytics. It would tell me who I was following that was not following me back. I would then unfollow these people, so that my ratio would look good. Sometimes, I would be offended if certain people did not follow me back. It was an emotional roller coaster of highs and lows.

In addition to all this, I think it was mentally deleterious to be scrolling through Instagram on a frequent basis. It was difficult—maybe impossible—to avoid comparing myself to others. Almost everybody posts the best versions of themselves on Instagram, and I was comparing my actual self to their best selves. It made me feel bad about myself.

I would regularly delete the Instagram app off my phone when it was making me mentally unhealthy. Sometimes I would do it for just a day or some hours, but eventually, I was deleting it for long periods of time and feeling much healthier.

I don’t know how long it has been since I deleted Instagram on my phone. It has led to some awkward moments and feeling socially disconnected, but it has also led to less distraction, less comparison, less obsession, less time wasted and overall better mental health. I miss it in many ways, but I am grateful to no longer be using it. 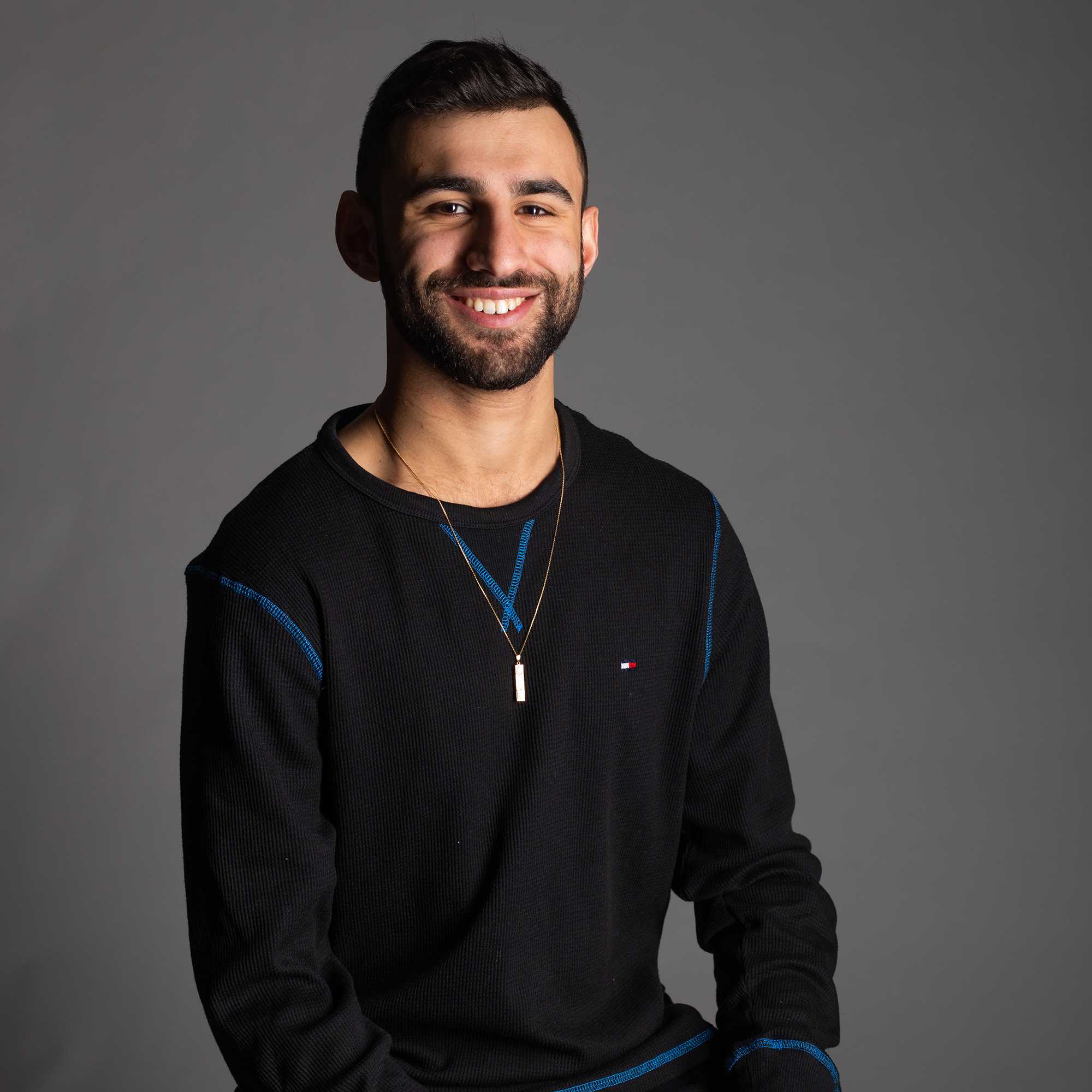 Jason Cohen is a senior public communication major with a minor in psychology. This is his first semester with The Burr and unfortunately his last due to the fact that he will be graduating in May. He has a great passion for media and is extremely grateful for the opportunity to finally work in student media.