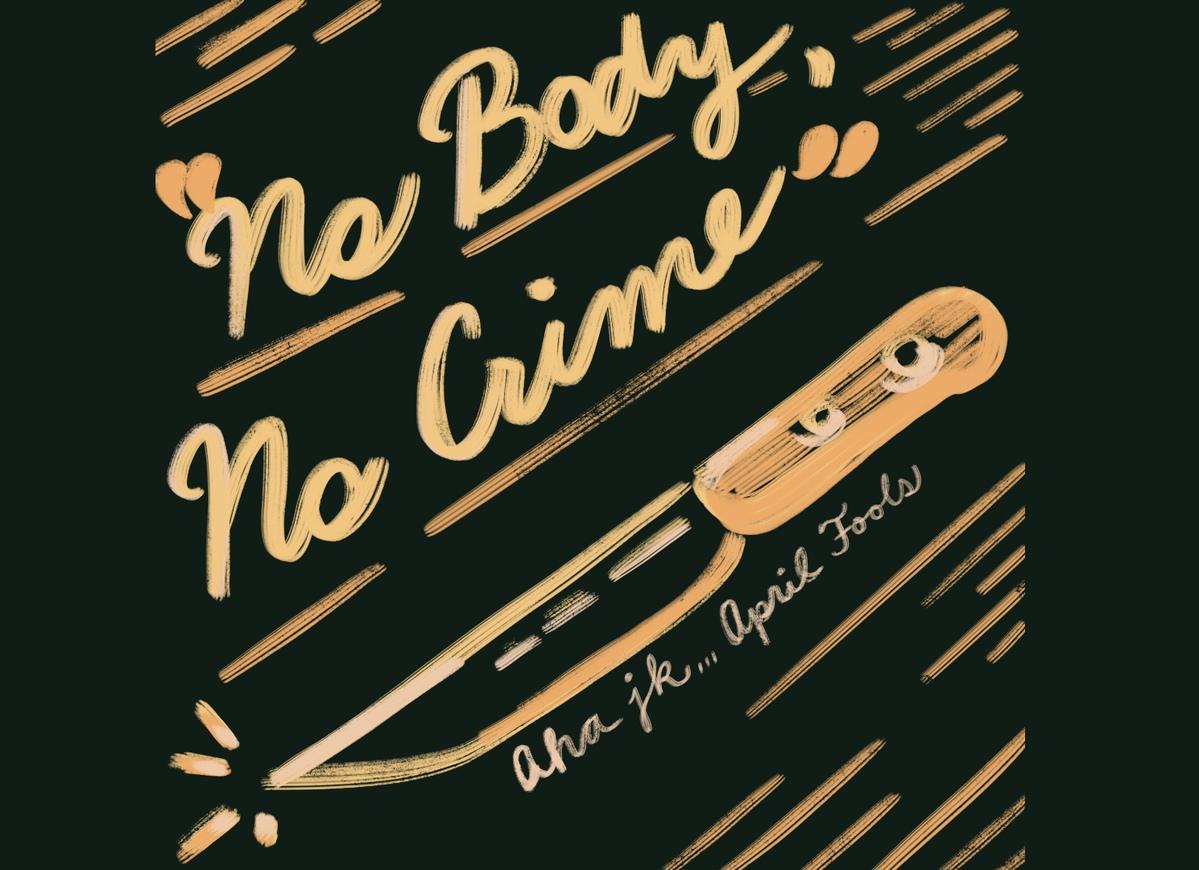 “Crime Junkie,” a well-known true-crime podcast, pulled the ultimate April Fools prank on their listeners. Now, just for a little background information, Taylor Swift released not one but two albums in 2020 in addition to just dropping her re-recorded “Fearless” album. Her albums “Folklore” and “Evermore” are based on fiction and include multiple characters in the songs. One of her most popular singles from the “Evermore” album is “no body, no crime” and tells the story of a woman, Este, who goes missing after confronting her cheating husband, and her friends decide to take matters into their own hands to ensure justice is served.

The song itself tells a great story, but Ashley Flowers and Brit Prawat, the hosts of “Crime Junkie,” took it one step further by making it come to life, playing into the story as if it were an actual missing person. If you hadn’t heard the  Swift song by then, you would have easily been tricked, thinking holy crap, this story is insane!

If you’re a true Swiftie like me, you weren’t as easily fooled. Some of the details were very easy to pick out from the song, like “and I notice when I pass his house his truck has got some brand new tires.”

Even if you weren’t fooled, the 26 minute long podcast episode manages to keep you on the edge of your seat. The hosts add such creative and descriptive details that only enhance the storyline Taylor created in her song.

My favorite addition to their prank that wasn’t necessarily in Swift’s song was when Esther, Este’s best friend, was at Goodwill and found all of Este’s clothes had been donated. This leads into the part of Swift’s song where the mistress “took out a big life insurance policy,” and she’s “cleaned enough houses to know how to cover up a scene.”

I loved “Crime Junkie” before but even more now knowing they’re Swifties and that they took this episode to the next level creativity-wise. As if the episode wasn’t already gaining attraction, Swift herself posted the episode on her Instagram story praising it.

If you haven’t already listened to the episode (sorry, now you know it’s a prank!), go give it a listen either way! It’s such a creative episode and something a little different compared to their regular true-crime content which I love.