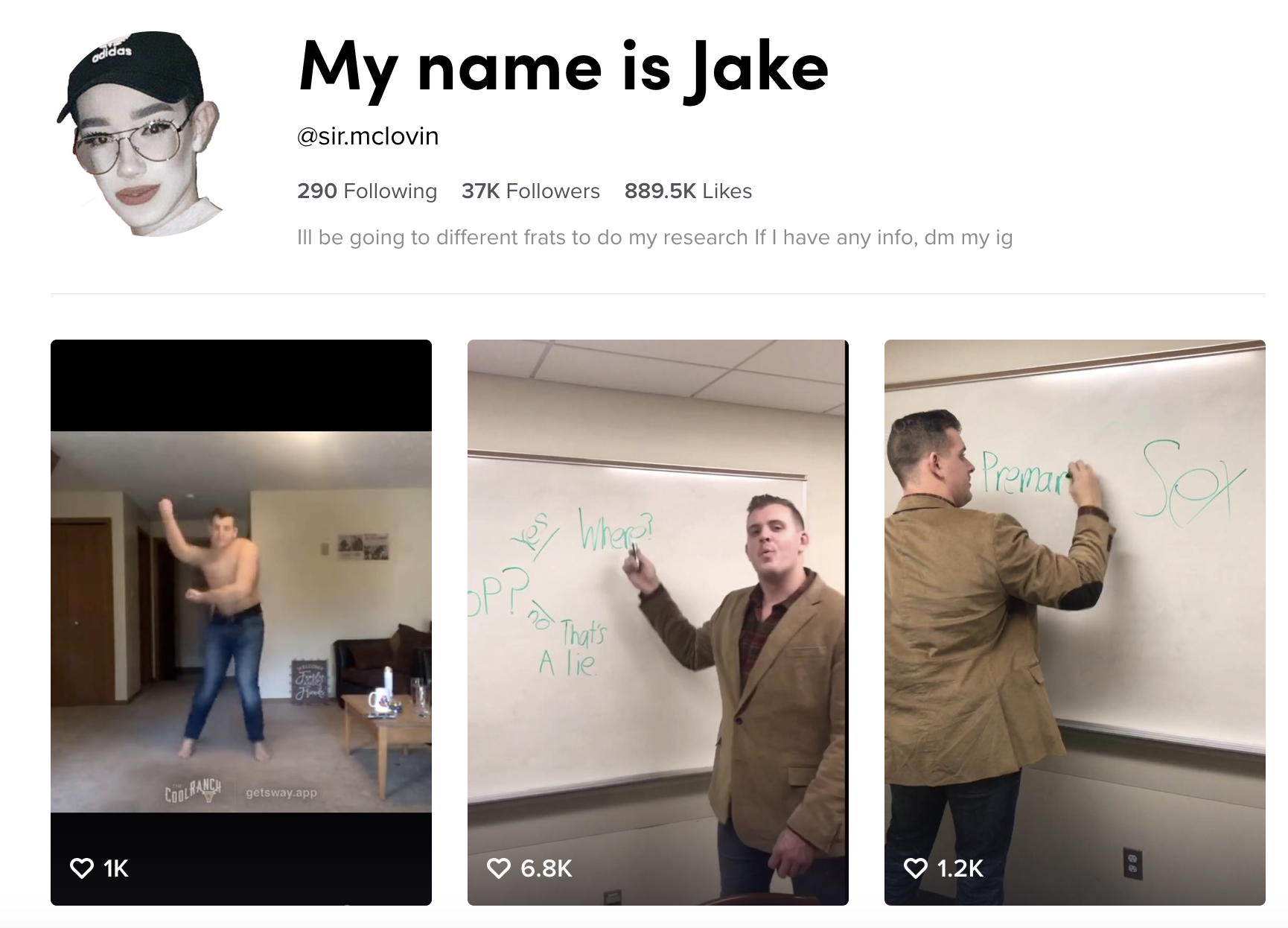 A Kent State junior has over 36,000 followers on TikTok. Jake, also known as @sir.mclovin, has been making TikToks since Oct. 2019.

Jake has videos ranging from Fortnite dances to his most recent series of videos revolving around Kaitlin Bennett, the “Kent State gun girl.”

“I saw [that Kaitlin Bennett] was trending recently, and we go to the school that she went to,” Jake said. “I thought I might as well be the guy on the inside to give the people what they want. That’s kind of where that idea came from and future videos will be coming.”

Jake went to the gun rally held by Bennett last year, because he wanted to see what the hype was about. Bennett held a walk supporting open carry rights in 2018, but the event turned into a disagreement between her and protestors. According to Jake, the rally turned into an opportunity for community members to yell at police, rather than anything regarding Bennett or guns.

Jake has had the comedy film mindset for a while. In high school, he and his friends dressed up as the Avengers to compete in the state track meet. Jake dressed up as Thor, stepping into the ring with the hammer, wig and big helmet on.

Jake spends a lot of time competing for the Kent State track team and he spends his free time on TikTok. His roommate, junior sports administration major Ryan Demaline, sometimes helps Jake out with his videos.

“It’s funny, because usually something will happen one day and I’ll come home [and] say it to him and then he’ll go off that idea and make it into a little video,” Demaline said.

Jake likes to have Tik Tok as something stress-free and fun.

“It’s fun, it keeps me busy [and] it’s entertaining,” Jake said. “There really hasn’t been anything negative that I’ve had to deal with.”

Demaline said there is nothing but positivity in Jake’s content.

“All the videos [that] Jake does… some are funny [and] some are a little controversial but they’re all in good fun, they’re just fun to watch,” Demaline says.

No more ‘do it laters’: set your goals now
Mini-Series: Group Leaders of Kent